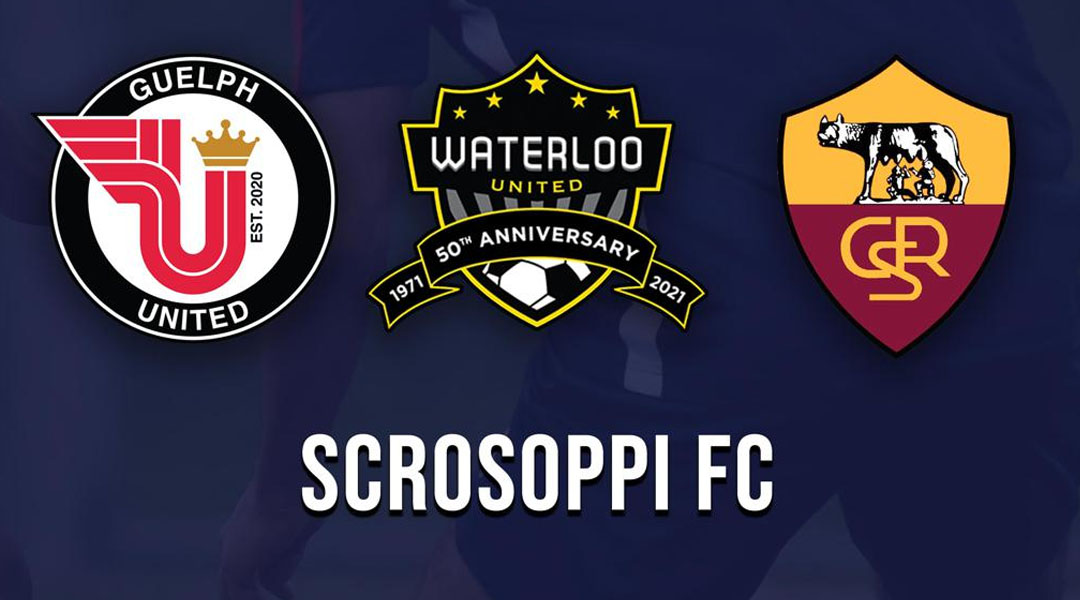 Ontario’s semi-professional league is seeing significant expansion ahead of the 2021 League1 Ontario season.

Today it was revealed that the league’s eighth campaign will feature at least four new expansion clubs, with sides from Guelph, Waterloo, St. Catherine’s, and Milton all now approved to participate in the upcoming season. All-told, that makes twenty teams poised for the men’s 2021 League1 Ontario season.

Here’s what League1 Ontario Director Dino Rossi had to say about the announcement:

These four new entries significantly increase the league’s presence in the southwestern end of the province. It was a priority to bring League1 Ontario to new communities and we are very pleased to have achieved that objective.

The semi-professional league also noted that it continues to be in talks with additional applicants, suggesting that 1812 FC Barrie and the new FC Barrie presence may be in for a positive update in the near future:

It is important to note that we continue to have ongoing discussions with some other applicants and may have more good news to announce in the coming weeks.

Without further ado, here’s a quick breakdown regarding the new four teams:

The new Guelph-based team was established in 2020 with the collaboration of Keith Mason, Benny Mezezi, Ami Mezezi,the University of Guelph Gryphons, the Guelph Soccer Junior Gryphons, and the City of Guelph itself.

The club has already announced that the team will be coached by longtime Guelph Gryphons head coach Keith Mason:

We are extremely excited to be part of League1 Ontario in 2021 and with our ties to the excellent soccer program at the University of Guelph, we look forward to building a team our community and fans can get excited about

Former York United defender Justin Springer has also joined the project as an assistant coach, with the 27-year-old having spent the last year with both the Guelph Soccer Club and the Gryphons.

Stating that All Roads Lead To Roma, the Club Roma Soccer Association has been facilitating youth soccer to the Niagara Region since 1967. The side has fielded teams in the NSL, CPSL, and CSL, with today’s newly-announced League1 Ontario expansion side continuing the local side’s contribution to elite level play in the region.

We are extremely excited to have elite level soccer back in the Niagara Region. We have a proud history and a bright future.

Waterloo United stems from the Waterloo Minor Soccer Club, which celebrates its fiftieth anniversary this year. The club has provided playing opportunities for athletes of all ages within Waterloo, with the newly-announced League1 Ontario team offering elite level play at the men’s level.

Waterloo United is very excited to join League1 Ontario. We look forward to providing local players an opportunity to participate and compete at the highest level in the province. We believe that being a part of this league will help grow and develop the game within the Club but also across the Southwest district.

The Kitchener-Waterloo region was subject to CPL expansion rumours last year, with Canada Soccer’s Stuart Neely having to publicly denounce rumours of his involvement.

Based in Milton, Scrosoppi FC takes it’s name from Saint Luigi Scrosoppi, who is the Patron Saint of Soccer.

The club aims to offer a high-performance training environment for athletes in the Milton area, partnering with both the Milton Youth Soccer Club and Brampton Soccer Club as part of its player pathway.

In our inaugural season we will focus on building a competitive young team that plays an attractive high-tempo, possession-oriented game. We will also focus on continuing to develop professional and collegiate relationships that will benefit our athletes and support their continued development and movement through the national pathway.

The addition of four new sides means that League1 Ontario will have twenty clubs competing in the upcoming season, assuming that the COVID-19 pandemic allows for competitive play at the semi-professional level. Last year saw the club’s seventh season ultimately get nixed, though hopes are high that players can once again take to the pitch in the coming months.

No news has come yet regarding the Women’s Division, which currently rests at fourteen teams. Last month, Commissioner Carmelina Moscatto stepped down from her role with the league.

One side not expected to arrive is the potential York United League1 Ontario Women’s Team, with York United President McNab stating that the club currently had limited bandwidth in regards to an affiliate team, and was looking to support and champion the women’s game by alternative means.

Still, today’s announcements on the men’s side bodes will for the semi-professional league, which still includes the hope for near-term expansion in Barrie, too.