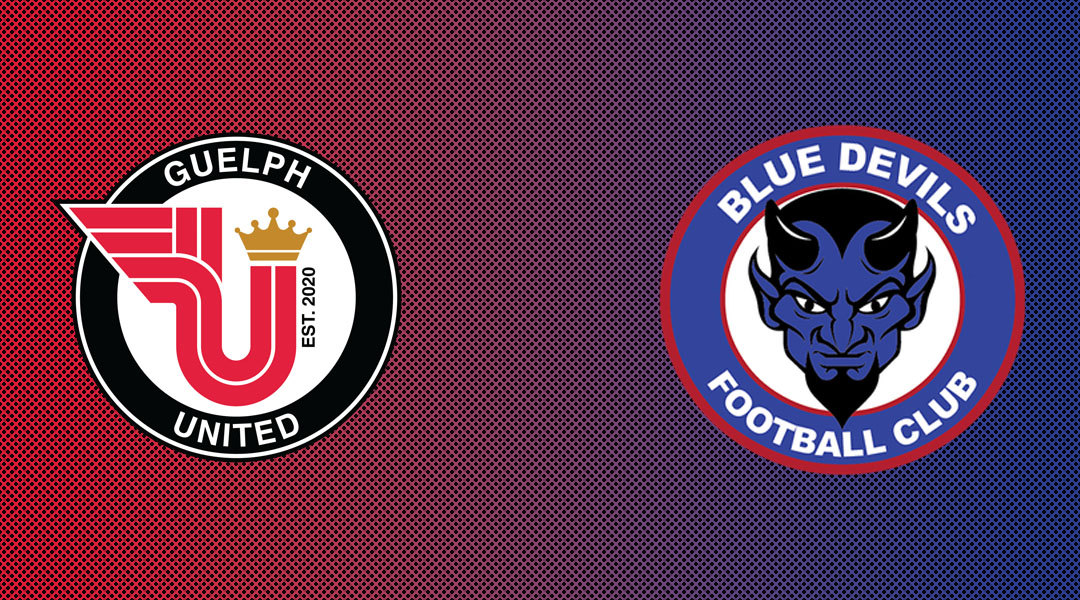 The League1 Ontario men’s premier division now has its two finalists locked in, with expansion side Guelph United set to square off against a strong Blue Devils FC squad for league honours and, of course, a place in the 2022 Canadian Championship.

All four semi-finalists entered the postseason in good form, with Guelph topping the western division to earn hosting rights over reigning champions Master’s Futbol Academy, while Blue Devils FC left it late to secure a semi-final spot against a Vaughan Azzurri side that had outscored every other team in the east, while conceding the least in the league.

Read More: All You Need To Know About The League1 Ontario Semi-Finals

Without further ado, here’s a quick recap of the action as it unfolded this weekend:

Both sides started strongly at Alumni Field, but it was the hosts who earned first blood after a scramble in front of the net saw midfielder Lucas Doros bag his second of the season. The visitors would equalize in the 43rd through prolific forward Reshon Phillip, with the former TFC II product tucking in his twelfth of the campaign from some twenty yards out.

Coming up big for the occasion, Phillip found the back of the net just two minutes later: a powerful header put the visitors up from 2-1, with Guelph now on the backfoot against the reigning champions. The club responded well under pressure in the second half, with inaugural signing Jace Kotsopoulos bringing things level through a diving header, though he’d miss a golden opportunity to bag a winner in the 86th after sending a spot kick high.

With things all square after ninety minutes, a penalty shootout loomed. Against the odds, Canadian soccer would bear witness to second eleven-round shootout this week, with both sides cycling through the roster before it came down to the goalkeepers in the decisive round. Former Valour goalkeeper Svyatik Artemenko would be the hero, scoring his spot kick before saving a strike from his opposite number to send Guelph United through to the final.

A dominant first half from Blue Devils FC at North Maple Regional Park saw the visitors firmly on the frontfoot, with Leaford Allen bringing the side ahead after just thirteen minutes played. He’d make it a brace for himself not long after, bringing the side 2-0 up in the 25th minute following a pass from Mathew Santos.

It hasn’t been a bad week for Allen, who has also been a big player for a Humber Hawks collegiate side that secured a provincial OCAA championship yesterday.

The second half would get less tidy, with Vaughan pulling one back through former Valour FC Captain Dylan Carreiro as the side – a traditionally strong playoff performer – put the pressure on. It wasn’t meant to be, however, with the Blue Devils seeing out the rest of the match to book themselves a spot in the final.

On the women’s side of the game, Blue Devils FC would record a similar 2-1 scoreline over FC London to secure a place in the final, while a penalty shootout would see the Woodbridge Strikers advance over Vaughan following a frenetic 1-1 draw that saw Woodbridge’s Christina White sent off in added time following clear-cut chances for both teams.

The finals for both League1 Ontario premier divisions are sure to be entertaining affairs, with the men’s side also offering a berth in the 2022 Canadian Championship. With the Canadian Premier League playoff race seeing quite a dramatic weekend unfold as well, it’s certainly been a good week for domestic football.