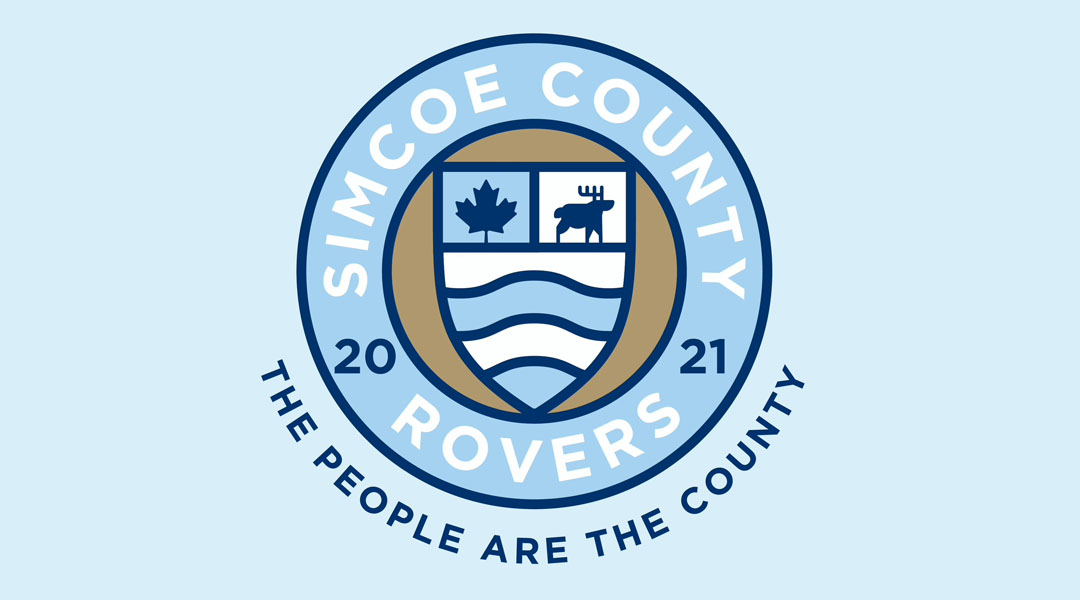 The Barrie-based club will launch both men’s and women’s teams in the semi-professional league next season, with the side already making waves for its polished presence, immense ambitions, and a high-profile ownership group.

League1 Ontario executive chairman Dino Rossi had hinted that this week’s announcements would alter the landscape of League1 Ontario, with the Rovers now joining Pickering FC and Electric City FC as significant additions to the league’s next season.

It is especially exciting to have former L1O player Cyle Larin, who currently stars for Besiktas JK in Turkey as well as the Canadian Men’s National Team, come back to his roots as part of this ownership group.  We have great confidence in this club’s ability to make a significant impact on football in this rapidly growing region and we are pleased to welcome them to our league.

Founded in 2021, the Simcoe County Rovers arrived following the splintering of the original 1812 FC founding group. The newly-minted League1 Ontario side has quietly worked to secure its own membership status within the league while also recruiting significant investors and a strong-looking technical staff, too.

The club has also confirmed that they will be playing their home matches in Barrie, reportedly targeting the Georgian College Campus as a home ground. This is the same location that 1812 FC has earmarked for itself, though it remains to be seen if the two Barrie-based clubs will share home grounds.

Leading the ownership group of the Simcoe County Rovers is former Canadian international Julian de Guzman, who will also be the club’s President and Managing Partner. The 40-year-old was previously the general manager of the Ottawa Fury, and had previously gone into detail on how excited he is to help build a club at the League1 Ontario level.

Joining him will be Rovers CEO Peter Raco, with the duo having been part of 1812 FC in its startup days before branching away to start anew with the Rovers. Their new initiative got a big boost when Besiktas striker Cyle Larin was announced a co-owner, with Barrie Soccer Club’s Will Devellis also joining the group.

Further ownership announcements are expected in the coming months, with multiple as-yet-unknown professional Canadian footballers and real estate investor Kosi Stobbs expected to be part of those additions.

Joining League1 Ontario is an important evolution for the football landscape in Barrie and the Huronia District. The Rovers are excited to contribute to the community by creating a complete development pathway for youth members of the Huronia District and surrounding area. There are over 10,000 youth players and hundreds of coaches registered in the Region alone; we are keen on providing these aspiring players and coaches with meaningful development opportunities.

The club also leaned on its strong Ottawa Fury relations by bringing in former Fury Elite Girls head coach Audra Sherman for its women’s side, with former Club Xelaju goalkeeper David Monsalve being hired as her assistant coach.

Canada continues to enjoy a pinnacle moment in women’s soccer and you couldn’t ask for a better time to help spur the development the women’s game needs. Our aim is to set a high standard of professionalism and to be one of the best women’s football programs in the country.

With further staff announcements still to come, the Simcoe County Rovers are looking like a polished, well-funded team that can certainly make waves at the League1 Ontario level. The semi-professional league has seen a lot of growth of late, adding five new sides to it’s men’s division this season and three to its women’s, with next year set to see the arrival of the Simcoe County Rovers, Electric City FC, and Pickering FC.

Fans interested in acquiring Simcoe County Rovers season ticket memberships or taking a look look at the expansion club’s official shop can do so here.