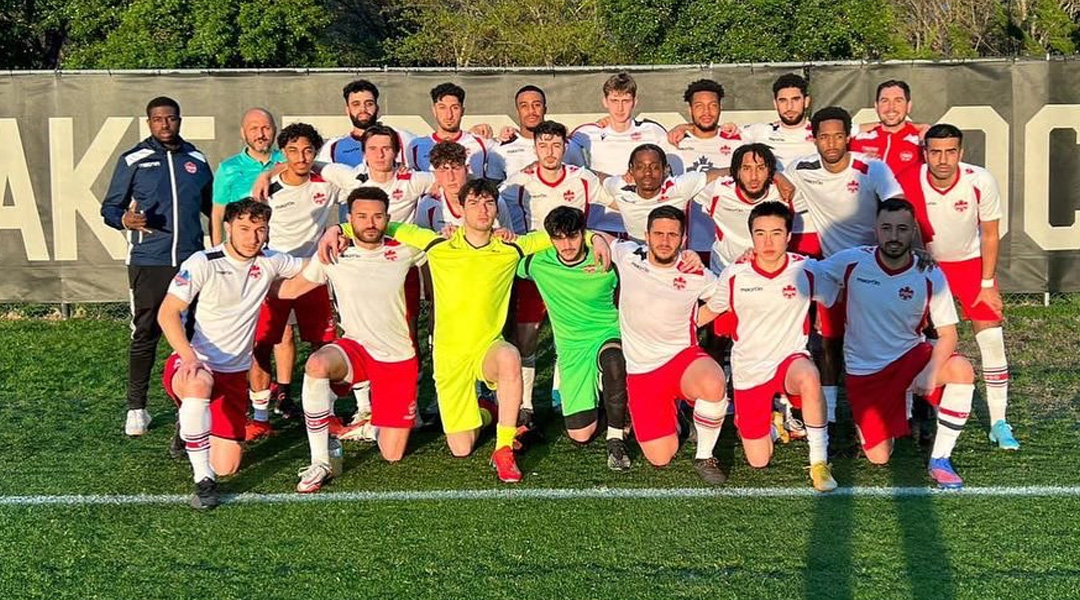 This weekend saw perennial League1 Ontario powerhouse Vaughan Azzurri cap off an invincible league campaign with a derby win against Woodbridge Strikers, with the club fittingly finishing its regular season through an impressive 5-2 win.

It marks back-to-back seasons where the club has gone undefeated.

The League1 Ontario side wrapped up its regular season campaign eighteen wins, three draws, and no losses on the table, procuring an astounding return of 76 goals through 21 matches.

Just about one third of those goals came from Massimo Ferrin, who finished the regular season tied with Hamilton United’s Miles Green for the golden boot at 23. Former Forge selection Kosi Nwafornso contributed sixteen goals, while the draft-eligible York Lion Omar Marzouk had nine.

Helmed by veteran coach Patrice Gheisar, the club also has a number of athletes who have tasted CPL action, such as Alejandro Portal, Orlendis Benitez, Gianluca Catalano, Daniel Gogarty (who also spent time with TFC2 this year), and former Valour Captain Dylan Carreiro, who scored six times in fourteen appearances.

Even before the League1 Ontario season launched, the club looked good in a preseason test against two-time CPL champions Forge FC.

“When I look here in this region, there’s fruit of every kind to pick, and I would not be afraid to go up against any pro club,” said Anthony Totera, echoing an earlier sentiment made by new Pacific FC signing Jordan Brown, who alluded a top League1 Ontario team can stand even with a bottom CPL team.

The high-flying Vaughan Azzurri have earned themselves a bye to the final four, where they’ll join alongside the Blue Devils. The League1 Ontario men’s playoffs will start with Alliance United against the ProStars, with the North Toronto Nitros hosting the Simcoe County Rovers.

The men’s team have won League1 Ontario twice, back in 2016 and 2018. Last season saw them bow out in a semi-final against the Blue Devils. With League1 Ontario set to massively restructure itself in 2024, Vaughan look to be coasting to be a top flight team in the upcoming multi-tiered league structure.

In the more near-term, they certainly enter the 2022 League1 Ontario playoffs as favourites.