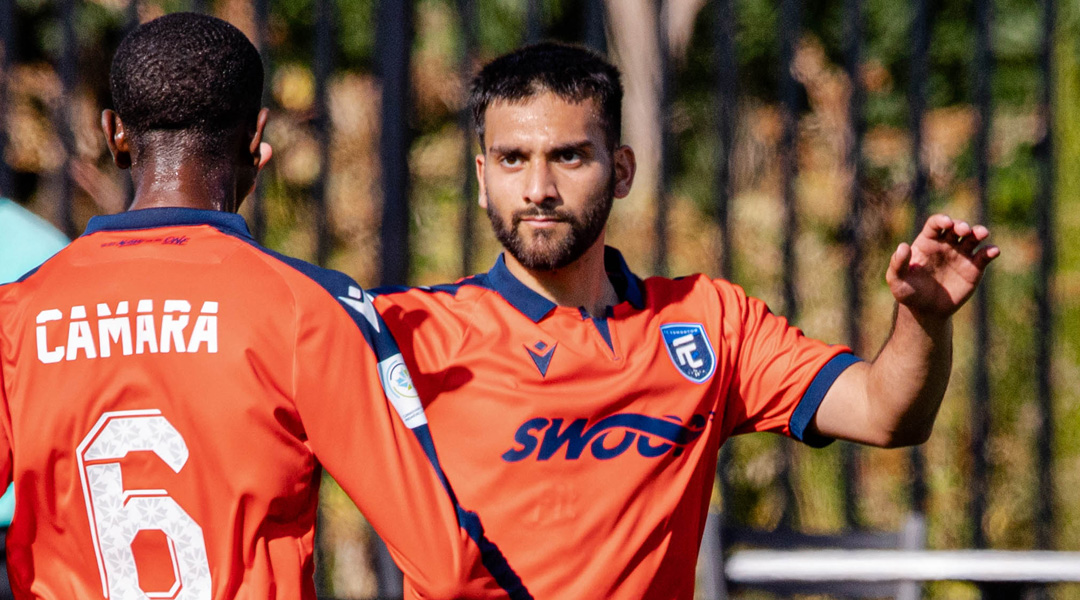 Former FC Edmonton midfielder Gabriel Bitar has accepted a call-up from Lebanon, joining the national team for a training camp ahead of next week’s friendly against the United Arab Emirates.

The 24-year-old was a standout performer for the Eddies in their final season, contributing five goals and one assist in 21 appearances. He procured one of the top finishes of the year to kick off a three-match scoring streak of his own in the summer:

The Lebanese national team will undergo a preparatory camp in Dubai before squaring off against the United Arab Emirates on December 30. Set to take place in the UAE at Al Maktoum Stadium, it’ll be great test for Bitar, who had once trained in a Canada U-20 camp and has Lebanese heritage through both of his parents.

“I am ecstatic for Gabi with this national team call-up and after the special season he had in the CPL he is fully deserving of this opportunity,” former Eddies head coach Alan Koch told us this morning, describing him as a player with immense talent who can go very far in the game.

The Ottawa-born forward – who was largely deployed as a midfielder for FC Edmonton this year – enjoyed a hot start in Lebanon with Al Ansar last year before opting to return to Canadian pastures instead.

Bitar made history as the first overall pick from the CPL-U SPORTS Draft in 2018, going to Cavalry and making three appearances for the side before returning to Carleton University in the fall, eventually finishing his university career with 40 goals and two U-Sports All-Canadian nods.

While the club selected him again the following year before a league rule stipulated that club’s don’t need to ‘re-draft’ players, he didn’t ultimately return to the league until his head-turning season with FC Edmonton this year.

Bitar’s successful return to Canada’s top flight shows that there are plenty of talented players simply awaiting the opportunity. Bitar had trialed with both Toronto FC and the Vancouver Whitecaps in the past, and has evidently used ‘FC Opportunity’ to its full effect.

With FC Edmonton now terminated, it remains to be seen where the free agent forward will land next. He certainly enjoyed an individually successful campaign, and an international debut with Lebanon would serve to boost his profile even further.

He won’t be the only Canadian Premier League athlete who the Lebanese FA have taken a look at, with out-of-contract Valour defender Tony Mikhael having spent time with the country’s U-23 team last year.