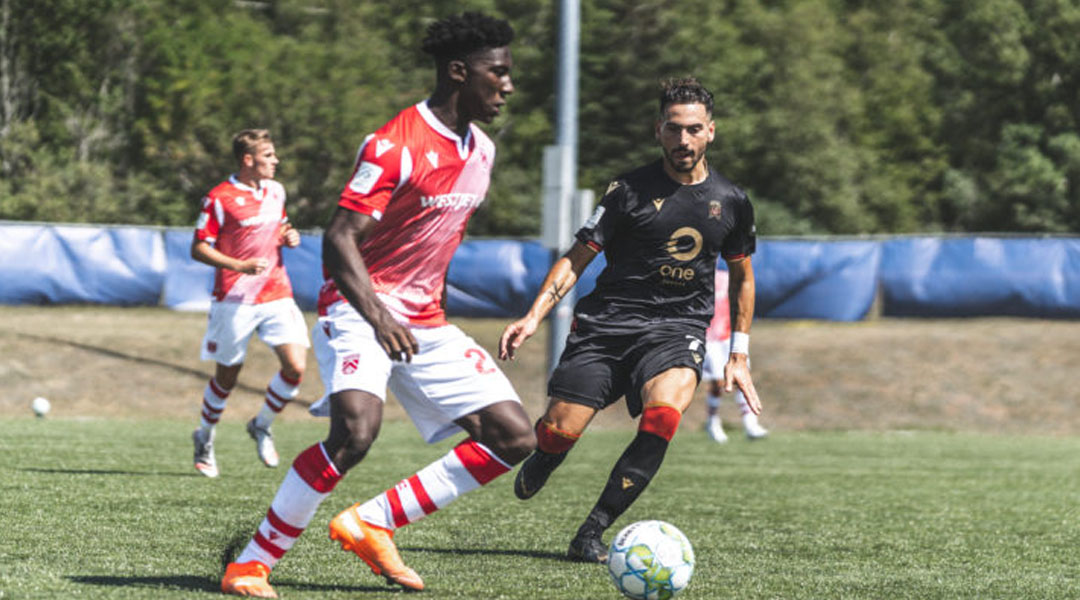 Teenage Cavalry FC striker Aribim Pepple has wrapped up his trial with Sheffield United and has opted to explore alternative options by way of another two week trial with Premier League side Leicester City.

The 17-year-old is expected to land a permanent move overseas, with Cavalry FC gaffer Tommy Wheeldon Jr. plainly stating that fans won’t see the youngster return to the Alberta-based side.

Leicester City currently sits fourth in the English Premier League, having marched their way to an unprecedented and historic Premier League title back in 2016.

The Kettering-born youngster spent the last two seasons with Cavalry FC after a prolific year at the USL2 level with the Calgary Foothills, for whom he scored five goals in his last five appearances prior to jumping up to the Canadian Premier League level as a sixteen-year-old.

His younger brother David – who signed with the Vancouver Whitecaps Academy in late 2019 following his own stint with the Foothills – is also trialing with the Premier League side.

Pepple has made fifteen appearances for Cavalry FC in all, coming off the bench in all of them. Last year also saw the prospect invited to the Canada U-17 national team setup ahead of friendlies against Argentina and Mexico last October.

As things stand, he’s currently the youngest member of the Cavalry FC squad, though the club has made mention of many other promising teenagers from the club’s U-20 developmental squad as well.

With a long Canadian offseason ahead, Cavalry FC gaffer Tommy Wheeldon Jr. admitted there were more players than opportunities in terms of offseason moves, with clubs forced to get a bit creative in terms of finding offseason training or loan deals for their squad members.

Oliver Platt revealed that Dominick Zator came close to a Championship loan move prior to the closure of the international transfer window, and later revealed that Elliot Simmons was due to train with League One side Northampton Town during the offseason.

It is unclear of Pepple is currently contracted to Cavalry FC, so it’s not known if the side will get any financial compensation following his expected overseas move. It goes without saying that a CPL prospect being signed to a Premier League club’s academy would be a great export for the league.