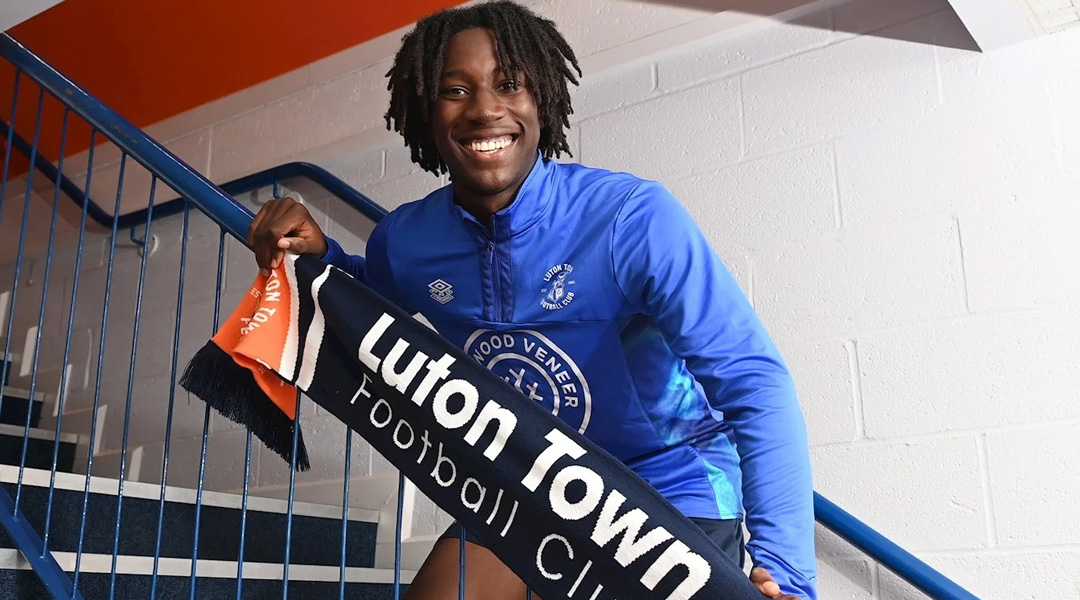 English Championship side Luton Town has recalled Aribim Pepple from his loan spell at Grimsby Town with immediate effect.

The 19-year-old Canadian striker had only featured twice for the League Two side since November, wrapping his time at Blundell Park with fifteen appearances and a gametime of 436 minutes.

He contributed two assists for the side in league play, one of which came as a last-gasp winner over Walsall.

Pepple completed his move to English football after turning heads during record-breaking form with Canadian Premier League side Cavalry FC, for whom he scored six goals in his last five games before signing a three year deal with Luton Town.

His hot form back then accrued interest from the Forest Green Rovers, with a number of League One and League Two sides having expressed interest in loaning the young talent before Luton Town secured his signature.

With limited minutes likely stalling his development, Luton Town will now bring the Calgary-born striker back into the fold while it determines his next steps.

Pepple turned professional with Cavalry FC at the age of sixteen. He made fifteen appearances for the side before a stint in Spain with the Getafe youth team, and then returned to Cavalry in 2022 to absolutely light the league alight over the summer.

Pepple signed his three-year deal with Luton Town in August.