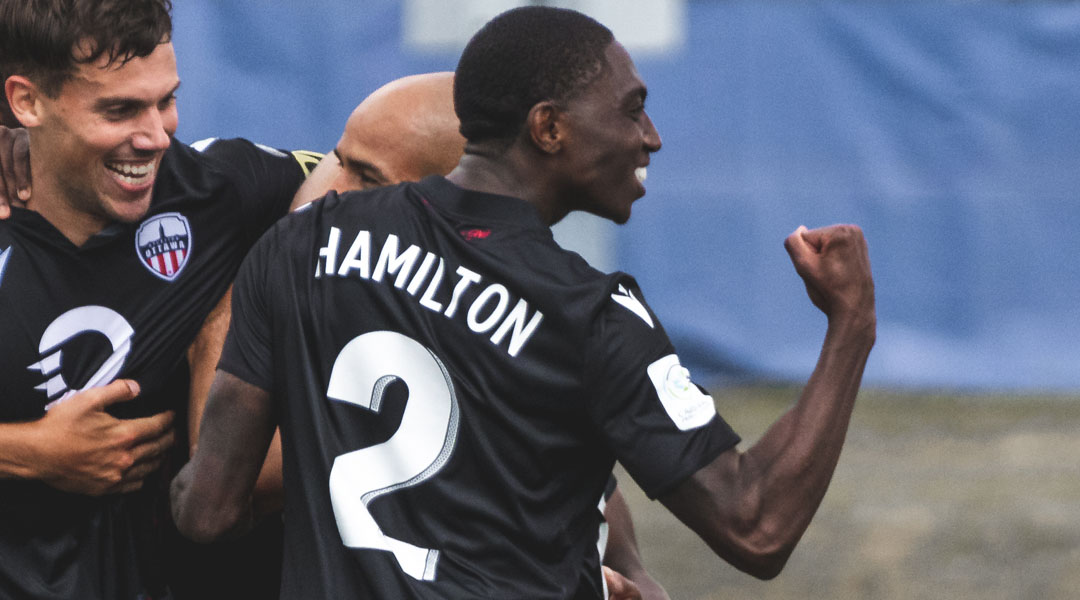 Versatile Canadian athlete Malyk Hamilton is moving stateside to sign with North Carolina FC in the US third tier.

The 21-year-old utility man spent the last two seasons in the Canadian Premier League, proving to be a versatile asset for inaugural season runners-up Cavalry FC before joining Atletico Ottawa last year. At The Island Games, Hamilton was deployed as a right-sided full-back and featured in every single possible minute for the expansion side.

His transfer to the US third division comes amidst a large overarching conversation about player salaries in the CPL, though it isn’t clear what circumstances ultimately led to his decision to sign for North Carola. The club, for its part, suggests that Hamilton will be getting plenty of playing time at WakeMed Soccer Park.

Here’s what North Carolina FC head coach John Bradford had to say about the youngster:

He has a strong playing background at a young age already, as well as an extremely high potential for continued growth. He will fit perfectly into how we would like to play here at North Carolina FC. Also, in many ways, Malyk represents a certain type of player that our club wants to invest minutes, matches, and exposure into, where we feel we can further develop him into a player with an extremely bright future. I’m excited to get started with Malyk and confident that North Carolina FC will play a valuable role in his individual progress.

This marks his second time in the USL, as Hamilton made two appearances for Toronto FC II shortly after his time with the West Ham Academy. While he was born in Calgary, the youngster was picked up by West Ham as a child, playing for their academy from the U-12 to U-18 levels. He departed from the English top flight side’s youth system after having made 25 appearances in the U-18 Premier League, scoring one goal and contributing one assist.

Hamilton has also made two appearances for Canada at the U-18 level, making his debut under Rob Gale back in 2016.

While Canadian athletes now count as internationals in the USL system, Hamilton isn’t the only domestic athlete to make the jump to the USL: last month saw Halifax Wanderers standout Aboubacar Sissoko sign for Indy Eleven, too.

The club has re-signed ten players ahead of the 2021 Canadian Premier League season, most recently bringing in sturdy centre-back Milovan Kapor.

The terms of Hamilton’s contract with North Carolina FC were not disclosed by the club.