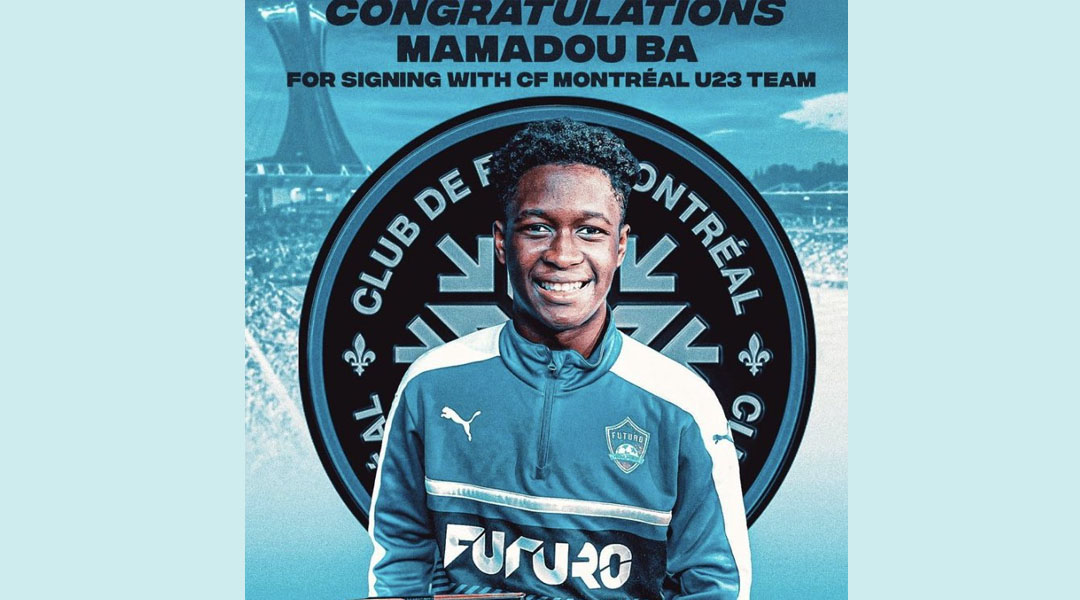 Teenage midfielder Mamadou Ba is set to take his next steps in the CF Montreal youth system.

The 2003-born Futuro Academy product had signed a development contract with Atletico Ottawa last season, riding the bench through six matches whilst the capital city club leaned local during an injury crisis.

The developmental contract meant that the U-18 athlete was able to retain his amateur status while training with the Canadian Premier League club, with Ba ultimately using the momentum gained from that to put himself on the radar of North American academies.

His move to the CF Montreal U-23 side came quickly, with the contract being presented and accepted within the last week.

Ba saw interest from all three Canadian MLS Academies following his call-up to Atletico Ottawa, with the CPL side also considering retaining the teenager before pursuing a different direction. The teenager had also attracted some interest from a handful of division one schools in the US, but opted to take his next steps more locally as a youth product with CF Montreal.

This week has seen two different CF Montreal U-23 products head the opposite way, with Abdul Binate and Matthew Catavolo signing with Pacific and Valour respectively.

Mamadou Ba has been on a sharp rise through the youth ranks in recent years: three seasons ago he was an off-the-bench prospect at Futuro Academy before cementing himself as a top prospect over there and, evidently, impressing Atletico Ottawa enough to make the matchday squad for a few matches at the professional level.

He isn’t the only talent from the local academy to have donned an Atletico Ottawa kit before moving on from his hometown this year, with Antoine Coupland having undergone a series of European trials before landing with Croatian top flight side HNK Rijeka.

Ba’s former side Atletico Ottawa has completed the majority of its roster rebuild, most recently bringing in former Barcelona and CF Montreal winger Ballou Tabla.