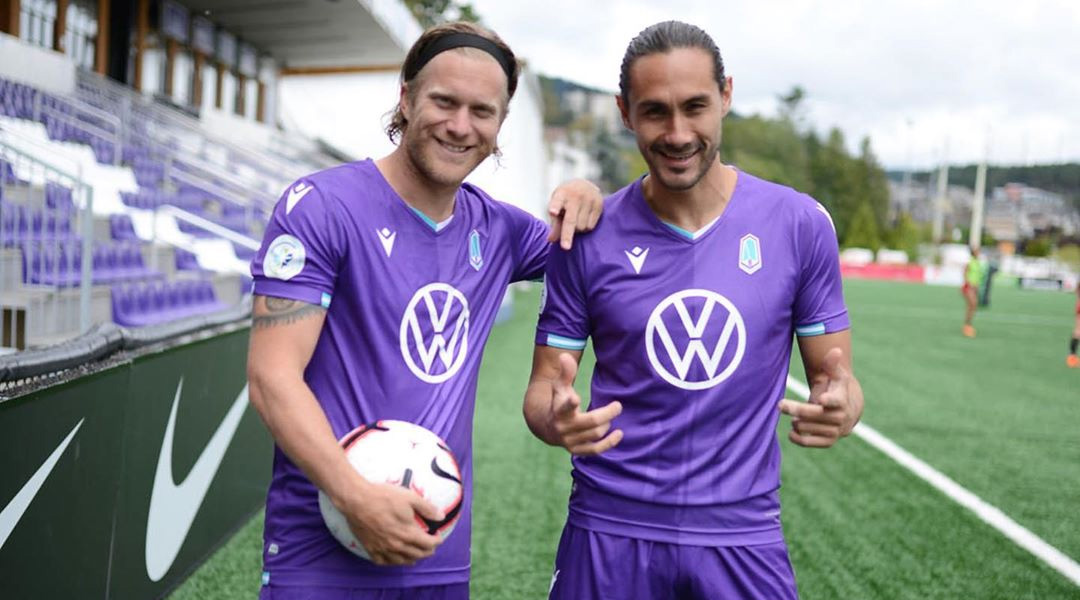 When Canadian international Marcel de Jong signed with Pacific FC after spending three years with the Vancouver Whitecaps, he was described as a marquee signing for the young league: the 32-year-old left-back was expected to lead the club into its first-ever season in a leadership role.

Instead, a month before the season was due to begin Marcel de Jong suffered an Achilles injury that was described as season-ending, with Pacific FC CEO Rob Friend stating Marcel’s injury was a massive loss to the club. Though his surgery was successful, the recovery time for a ruptured Achilles tendon is always a long one.

Some three months after the incident, Marcel de Jong is now out of his walking boot and has begun some light solo work on the training pitch. While he’s not fit enough to return to squad practice, he took a moment to speak with OneSoccer about his recovery.

It’s an amazing feeling, right? Of course, with the injury it’s all negative, but now there’s light in the tunnel. I’m on the pitch again, doing some work slowly. Still doing my work with re-balance, but I’m happy to be back out here with the guys. I’ve still got a long way ahead of me, but it’s looking really good, and I’m positive.

While the club found a suitable replacement left-back in Blake Smith and a strong Captain in Marcus Haber, it’s fair to say that the league’s youngest side still misses his leadership at the back. While Pacific FC plays quite well in the first half, the squad has a penchant for conceding in the second – and that’s an issue that the leadership of Marcel would directly impact.

While Pacific FC welcomed Tyrone Venhola and Trevor Schneider in late May as training players, neither of them were signed to any contract and don’t appear on the club’s roster. This means that Pacific FC has 21 players on the books, leaving head coach Michael Silberbauer with ample room if he needs to make any additional signings from the fall season transfer window (or before that, if signing free agents).

This month, Cavalry FC boss Tommy Wheeldon Jr. revealed a previously unheard-of rule in the Canadian Premier League that allowed for clubs to place a player on a season-ending injury list to clear up an additional roster slot for clubs who have filled their rosters. Pacific FC hasn’t stated if it exercised this option for Marcel de Jong, but given that the club has room for more signings, it doesn’t really need to yet.

While there’s still a long way to go for Marcel de Jong’s recovery, it’s good to see him out of the boot and onto the pitch. Similarly, Mason Trafford missed the first month of action for Cavalry FC and his arrival to fitness ‘felt like a brand new signing’ for his head coach. One can only imagine how it will feel for Silberbauer once a player of de Jong’s quality returns to action.