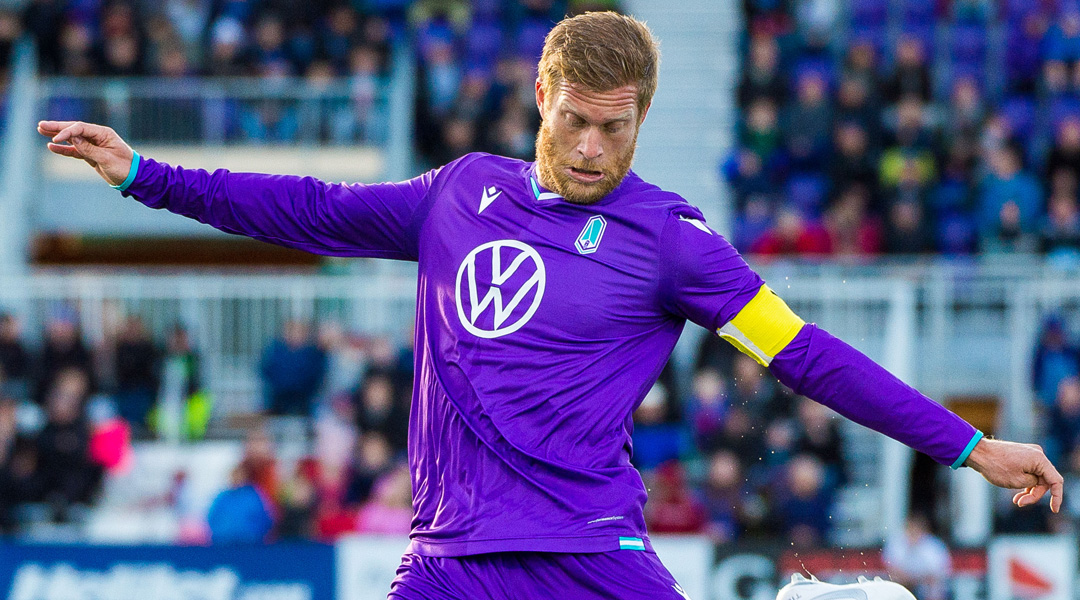 Former Canada international and Pacific FC Captain Marcel de Jong is hanging up his boots after a 17-year career.

The left-back saw his trade take him through the Netherlands, Germany, USA, and Canada across some 285 professional club appearances and fifty-six appearances for the Canadian national team.

After signing for his final stop with Pacific FC, an Achilles tendon injury saw him battle through a tough recovery for most of the inaugural Canadian Premier League season. After recovering in time to play in the later half of the 2019 season, de Jong went on to make nine appearances for the Tridents, seven of which game in his final year of action at The Island Games.

While Marcel had re-signed for the 2021 Canadian Premier League season, he ultimately decided that the time was now right to hang up his boots.

After 17 years as a professional football player, I have made the difficult decision to officially hang up my boots and pursue another exciting venture. It’s been a sad couple of days, reflecting on the fact that I will no longer be on the pitch playing. But I will be forever grateful to Pacific for the time I’ve had at the club and on the Island which I will continue to call my home.

The Newmarket-born defender began his career in the Netherlands, playing for amateur side De Valk before joining the PSV Eindhoven youth academy. He later stepped into the professional sports world by way of signing with Dutch side Helmond Sport in 2004, making fifty league appearances before transferring to Roda JC. He made the transition to Germany with FC Augsburg some four years later, making his Bundesliga debut in 2011 and serving with the club for five seasons.

The veteran defender then moved closer to home by joining Major League Soccer side Sporting Kansas City in 2015, making thirteen league appearances as the side won the US Open Cup. The following year saw him sign with now-defunct USL side Ottawa Fury, with Marcel moving out west a season later to sign rejoin the MLS via the Vancouver Whitecaps.

Two years and thirty-nine league appearances later, Marcel de Jong joined Pacific FC as the club’s marquee signing, though the aforementioned long-term injury saw the side loan Blake Smith while the captain recovered. With Marcel now leaving the game some 17 years after beginning his career, Pacific FC CEO Rob Friend only had good things to say about the club’s inaugural captain:

It’s been an honour to have Marcel be part of our club for the past two seasons. He has been a leader on an off the pitch and we wish him the best in his retirement.

The left-back was also a big part of the Canadian national team setup for many years, progressing through the youth ranks and making his debut in 2007 against South Africa. He went on to make 56 appearances for Les Rouges, scoring three goals and providing two assists. His last appearance came in 2018 during an 8-0 routing of the US Virgin Islands for a Concacaf Nations League qualifier.

All-told, de Jong departs as one of the old school Canadian generation footballers: he pursued most of his career abroad during a time when, simply put, there weren’t many realistic opportunities back home for the majority of his career. As a first-ever President of PFA Canada, the former Pacific FC Captain has used his voice to shine a spotlight on improvements that the club’s domestic top flight could make for the next generation.

I want to thank all my former teammates, coaches, ownerships over the last seventeen years. I would also like to thank the fans, I can honestly say that hearing and seeing you in the stands every single game is just incredible. I will miss playing in front of you!

Pacific FC now has eighteen players rostered for the 2021 Canadian Premier League season, with Jordan Haynes slotting in as the side’s only de facto left-back at the moment.

While the Canadian veteran didn’t say what’s next, he did make mention last year that he’d like to stay with Pacific FC long-term, stating that he’d like to be involved with the club in a different role when his playing days came to a close. Given that he called The Island his home in today’s announcement, it sounds like he’s keen to stick around.

We wish Marcel de Jong all the best in his next chapter.

Ruby Ready For Wanderers Return: ‘Now People Know What To Expect From Us’