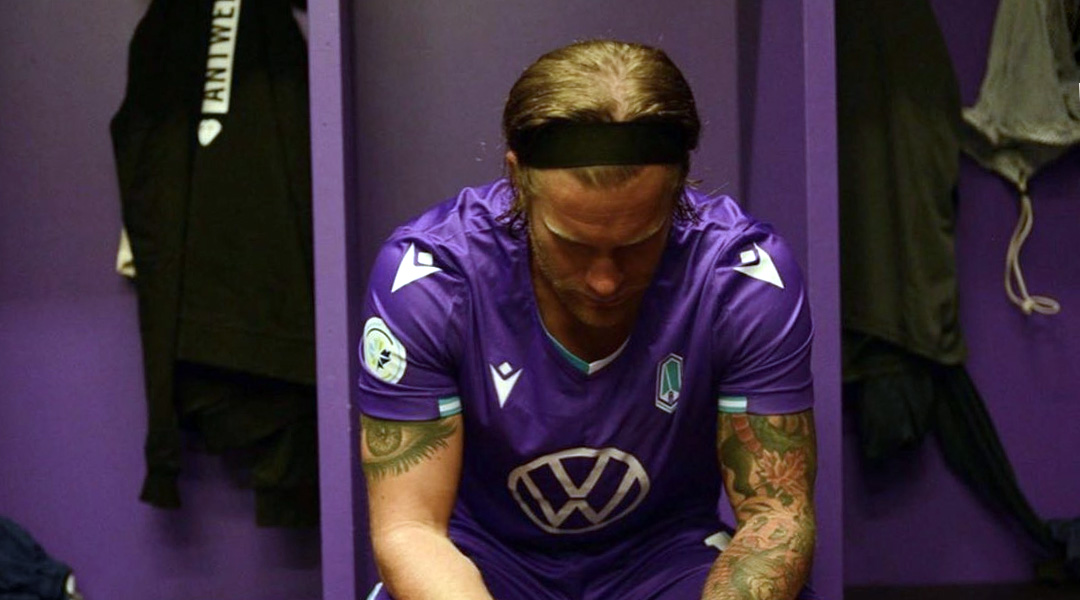 209 days ago, Pacific FC’s inaugural Canadian Premier League season plans took a sharp turn before the club had even played its first game: marquee signing Marcel de Jong suffered an Achilles rupture, signalling what many suspected would be the end of his 2019 season in full.

The 32-year-old Canadian international vowed that he’d be back, and established himself in a leadership role off of the pitch in the meantime. Pacific FC brought in Blake Smith on loan from FC Cincinatti to help fill the void left by de Jong’s absence while the defender went through a rehabilitation process that, fortunately, went ahead of schedule.


After appearing on the bench for Pacific FC’s home match against the Halifax Wanderers last week, fan excitement has built to see the veteran international take to the pitch in Pacific’s colours for the first time. During Pacific’s away trip against the Wanderers tonight, it finally happened: Marcel de Jong came on in the 66th minute for Alexander Gonzalez, signalling the end of a 209 day injury period for the club’s marquee signing.

With Pacific FC already eliminated from fall season contention and now only having two matches left in the season, there’s not much Marcel de Jong can do for the club except help them end on a high note. He almost turned provider late in the game, delivering a pinpoint low cross that found Issey Nakajima-Farran, who’s strike came mightily close to slotting through the legs of Wanderers goalkeeper Christian Oxner.

De Jong’s return to fitness will lead to an undoubtedly rapturous reception if he features at Westhills Stadium during the club’s last game of the season this October 19, and his relationship with the club isn’t like to end in 2019, either: the former Whitecaps defender recently stated that he intends to help the club for the long term, even after he hangs up his boots.


De Jong’s appearance was the 277th of his career, which has included spells with Roda JC, FC Augsburg, Sporting Kansas City, and the Vancouver Whitecaps, along with some 56 appearances for the Canadian national team. With his first appearance for Pacific FC now in the books, it’ll be interesting to see when Marcel is able to get his first start, too.

The offseason will present another challenge for the veteran defender, so it’s a good thing that Pacific FC can utilize the province’s largest fieldhouse to keep its players sharp, fit, and ready to take on the 2020 season anew.