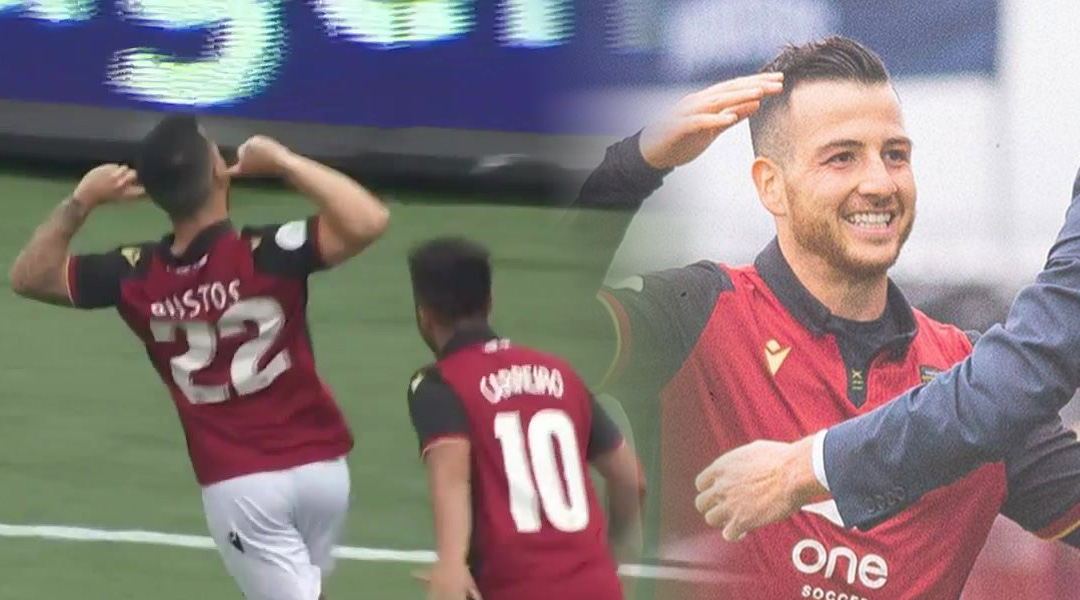 When Forge FC and Valour FC kicked off at Tom Hortons Field, few would have predicted that a goal would come just 30 seconds later – and even less would have guessed that it would come from Valour FC, who only registered four shots on goal in 180 minutes of midweek Canadian Championship action ahead of tonight’s game.

In any event, that’s exactly what Rob Gale’s travelling team accomplished: after Elimane Oumar Cisse was caught in possession shortly after kickoff, the ball quickly made its way to Marco Bustos. He cut the ball back and fired off a shot from the edge of the box, and it went straight into the opposite corner as Forge FC goalkeeper Triston Henry looked on.

The Winnipeg-born Bustos was the last signing of the Canadian Premier League Spring Season transfer window, coming in from USL side OKC Energy. Before that, Bustos plied his trade for the Vancouver Whitecaps, and the MLS education certainly showed in his fine finish.

Forge FC were donned in special commemorative black-and-gold kits to celebrate the city of Hamilton’s sporting history, but this is one record the club won’t want to have.

While Valour FC held on to the lead that Bustos’ strike gave them for the majority of the match, Forge FC ultimately came out victorious after a late equalizer from CPL U SPORTS draft pick Jace Kotsopoulos, followed by an unfortunate own goal for Valour FC in the 89th. With the win, Forge FC has officially qualified for the CONCACAF League.

Despite the heartbreaking loss, fans of the Winnipeg-based club will be happy to see Marco Bustos take the record for the earliest goal in CPL history. At 30 seconds, one imagines it might stay for quite a while.