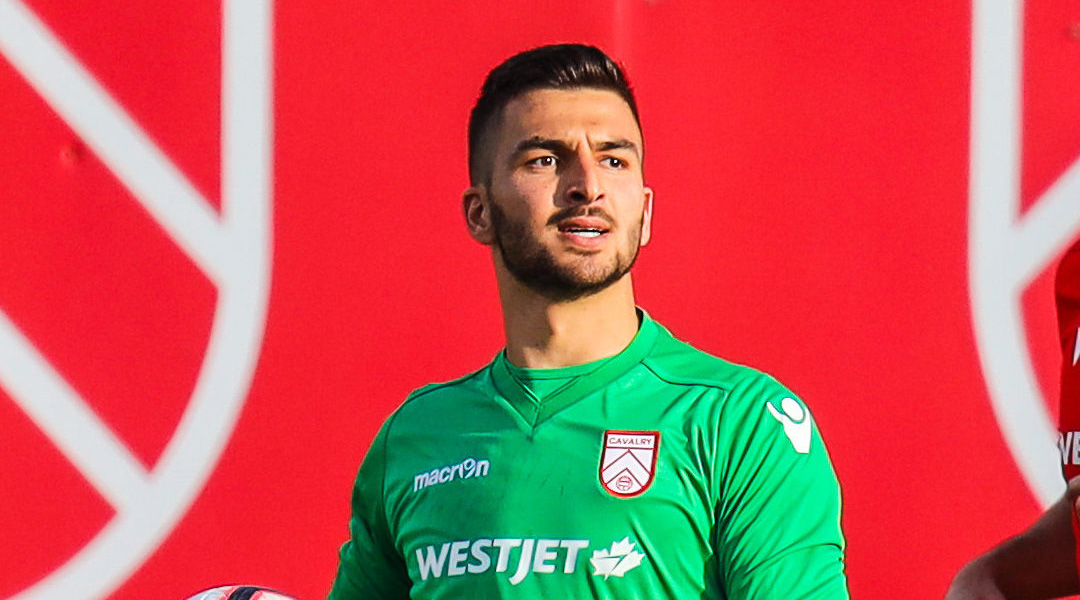 John Herdman revealed the Canadian national team roster ahead of the next month’s Nations League games, and there was certainly a noteworthy addition: 22-year-old Cavalry FC goalkeeper Marco Carducci.

The Calgary-born goalkeeper becomes the first Canadian Premier League player to be called up to the Canadian national team. Contributing to the national team is one of the ‘mission statement goals’ of the league itself, which has a requirement that each team has a majority of Canadians on the pitch at all times to spur professional growth among Canadian talent.

This has given respect to the league, on the back of such a great run we had in the Canadian Championship where we knocked out the Whitecaps, and for what Forge is doing in the CONCACAF League. This is great validity yet again for the league, in only our first year.

The sentiment was echoed by Canadian Premier League commissioner David Clanachan, who got exactly what he would have been hoping for when the Canadian national team roster was revealed: proof that his league is already giving talented domestic players opportunities they wouldn’t have otherwise had.

We at the Canadian Premier League are extremely proud and thrilled for Marco Carducci to be called up to the Canadian men’s national team. This represents another first for our league and validates the reason for Canada having its own professional Premier League.

Carducci has been a regular presence for spring season winners Cavalry FC, recording a league-leading eight clean sheets in 15 league appearances. He also helped the club make a daring run to the semi-finals of the Canadian Championship, collecting a clean sheet against the Vancouver Whitecaps along the way.

While Carducci has featured throughout various youth teams for Canada, he has yet to appear for the senior team. With Milan Borjan expected to be the number one for the red-and-white, Carducci isn’t likely make his debut – but it’s good to know that he’s certainly in the running when it comes to national team keeper selection.


This June, Pacific FC youngster Noah Verhoeven joined the Canadian national team as a training player ahead of the Gold Cup, though he didn’t make Canada’s roster for the tournament.

With Carducci now due to travel with the national team, the club will need to recruit a third goalkeeper to allow for some depth in the event that Niko Giantsopoulos gets hurt. The club is expected to announce a new player later today, though it’s unclear if the signing will be a goalkeeper.