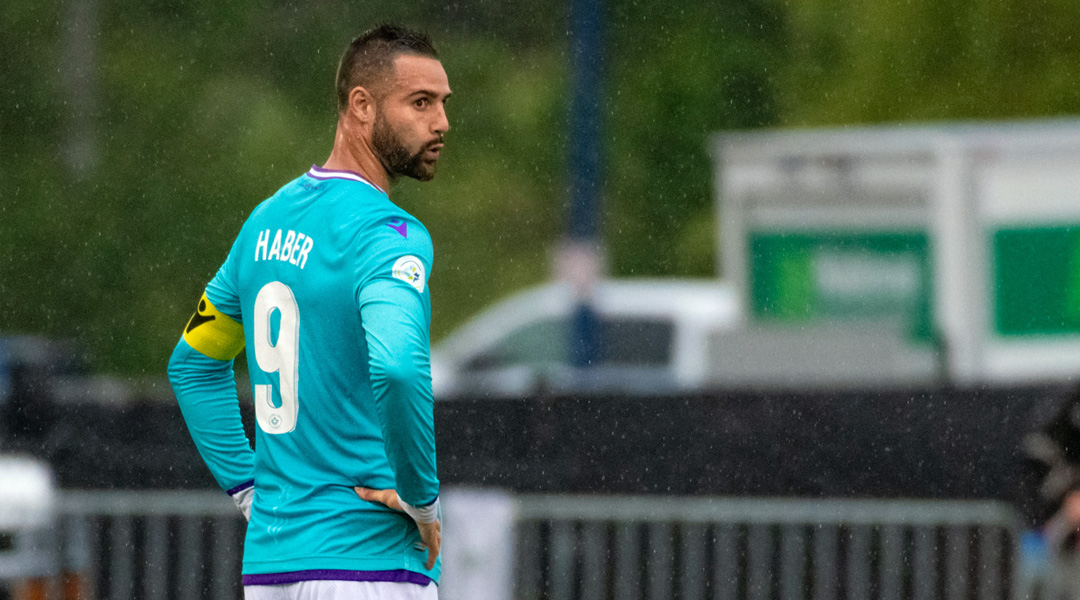 While injury reports are hard to come by in the Canadian Premier League, a Vancouver Isle-based update has come along courtesy of OneSoccer reporter Tyler Bennett, who has confirmed that Marcus Haber’s knee injury will likely sideline the striker for the next few weeks.

In effect, it means Pacific FC will be without their captain for the start of the fall season, which is par for the course when it comes to the club’s injury misfortunes.

The Pacific FC target man had previously been benched with a foot issue, and more recently had to come off due to a knee aggravation during his side’s 2-1 win against Valour FC on June 20. Haber has put forward two goals in his first eight appearances for Pacific FC, which is a statistic that doesn’t necessarily show how many times he’s come close to adding to that tally.

Pacific FC has had little luck when it comes to injuries. Michael Silberbauer’s side lost marquee signing Marcel de Jong to an Achilles injury before the season even began, and German defender Hendrik Starostzik has been out of action ever since his impressive debut, although he’s nearing a return to fitness and is a possibility for next weekend’s game. Defender Lukas MacNaughton, who injured his groin while playing against Valour FC, will also miss today’s Canada Day clash.

In more positive news for PFC fans, veteran Canadian attacker Issey Nakajima-Farran has returned to fitness and could see some playing time tonight. Marked as one of the most interesting men in the league, Issey has had a slow start to the 2019 campaign, having clocked in just 288 minutes across seven appearances.


A rigorous travel schedule combined with plenty of games on turf means that injuries are sure to mount up on a league-wide scale as the eighteen-game fall season arrives. Pacific FC skews as the youngest side in the league, and that average age dips even lower when veteran leaders like Haber, de Jong, and Nakajima-Farran are sidelined.

Haber will be a big miss for Pacific FC, who play some very important games in the next two weeks. The club kicks off a home stretch today that will see the side face spring season winners Cavalry FC twice in a row, and will then host the spring season runners-up in Forge FC. If ever there was a time the club would hope to have Haber fit, it would be against the top runaway leaders of the CPL.

For now, it’s likely that 26-year-old Vancouver native Ben Fisk will don the captain’s armband while Haber returns to fitness. The injury will give young Canadian forward Terran Campbell more time to impress, and after his versatile performance against Valour FC, that may be a nice silver lining to the situation.