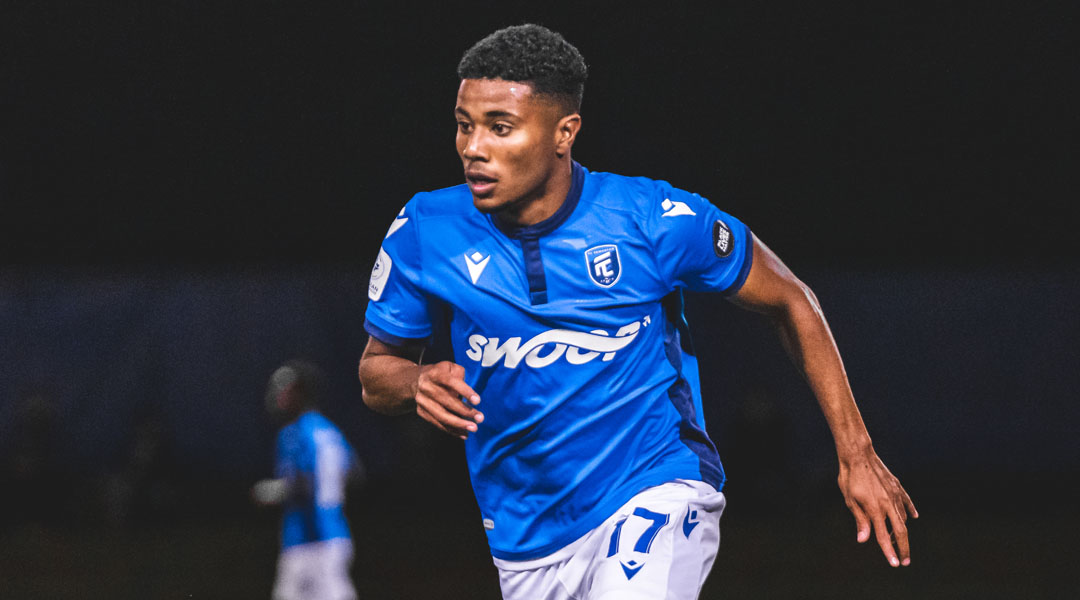 Young FC Edmonton forward Marcus Velado-Tsegaye will be boarding a plane later today and heading off to to train with the El Salvador U-20 team camp.

It was just one week ago that news came out revealing El Salvador scout Hugo Alvarado had approached the 19-year-old about the opportunity after verifying his Salvadoran heritage. Now two years into the professional game, the young Eddies man is officially testing the waters with La Seleccion.

While Velado-Tsegaye had previously announced he was hoping for a Canada U-20 call-up, the lack of any national team camps for Les Rouges this November opened the door for El Salvador to present an opportunity to the youngster. He’ll join a camp that’s already in progress to train, scope out the level, and see where he’d fit in.

Born in Edmonton to a Salvadoran Mother and an Ethiopian Father, Marcus has options: he says Canada did reach out to him, and he was told that if they were to do a U-20 camp he’d be invited. Since this hasn’t happened, however, it makes sense that the 19-year-old tests himself with El Salvador after conversing with the director of the nation’s football federation.

As for whether he’d be open to progressing up to the senior level with El Salvador and potentially make his debut with the side, that’s something he’s still thinking about. At the moment, it seems like he’s open to the idea of being cap-tied to La Seleccion:

Yeah, I’m going to test it out and see the level over there, and if I do fit in. That’s the main reason for me going. Of course, with being cap tied to the senior team, I’m doing more thinking about that. Once I play with one country, it’s that country [forever]. I think if I feel that I can fit in with the team and it’s best for me, then I can see myself playing for El Salvador.

Velado-Tsegaye spent years progressing through the FC Edmonton Academy system before former head coach Jeff Paulus brought signed him to a professional contract ahead of the inaugural Canadian Premier League season. After two years with the club, he’s now made some 22 appearances (20 of them as a substitute).

His first professional goal came on a birthday match to close out the spring season last year, giving him a taste of the highs in the game. A winless campaign this year, however, showed him the lows. The result of the club’s time at The Island Games saw Jeff Paulus step down and has triggered what is more than likely going to be a fair bit of change for the Eddies under the guidance of new President and GM Eric Newendorp:

Ever since we came back, we were all disappointed with how we did in The Island Games. We felt with the amount of work we did that we deserved more, but that’s the game. The first team had been training until the end of October when contracts ended, and all the first team players that are still here have been playing with the academy. The rest have gone home. Jeff has been my coach for several years now, including my days in the academy. He and I are still in contact, and he’s still helping me out with anything I need. As far as that sense, he’s not totally going, but it’s definitely going to be different.

Newendorp already conducted his exit interview calls with the roster a few weeks ago, with the president telling Oliver Platt that he has re-signed some players and was in negotiations with others while the club finalizes the arrival of its new head coach.

Whether the 19-year-old Edmontonian is coming back remains to be seen, but fan shouldn’t expect him to be a CPL mainstay: Marcus has made it no secret in the past that he’s hoping to continue his career overseas, and that course hasn’t differed for him. While he could potentially stay in the CPL for another year, he’s hoping to continue his playing career outside of Canada in the relatively near future:

I don’t want to see myself in the CPL for too long, as any young player wouldn’t want to be in the exact same position for too long. I don’t think there would be a problem with me staying for another year in the Canadian Premier League. If anything did come up that was good for me, I would probably take it.

To that end, Velado-Tsegaye notes that having the El Salvador camp on his CV is something that might make the youngster more attractive to clubs overseas. The camp has talked about potentially bumping him up to the U-23 level, though anything at the senior level will require careful consideration from Marcus.

Right now I’m just focusing on this camp, and I’m going to do as best as I can to open even more doors for me overseas.

While it’s unclear if Marcus will be an Eddies man for a third Canadian Premier League season, one thing appears certain: he’s hungry to continually grow and pursue new opportunities whether they’re outside of Canada or not.