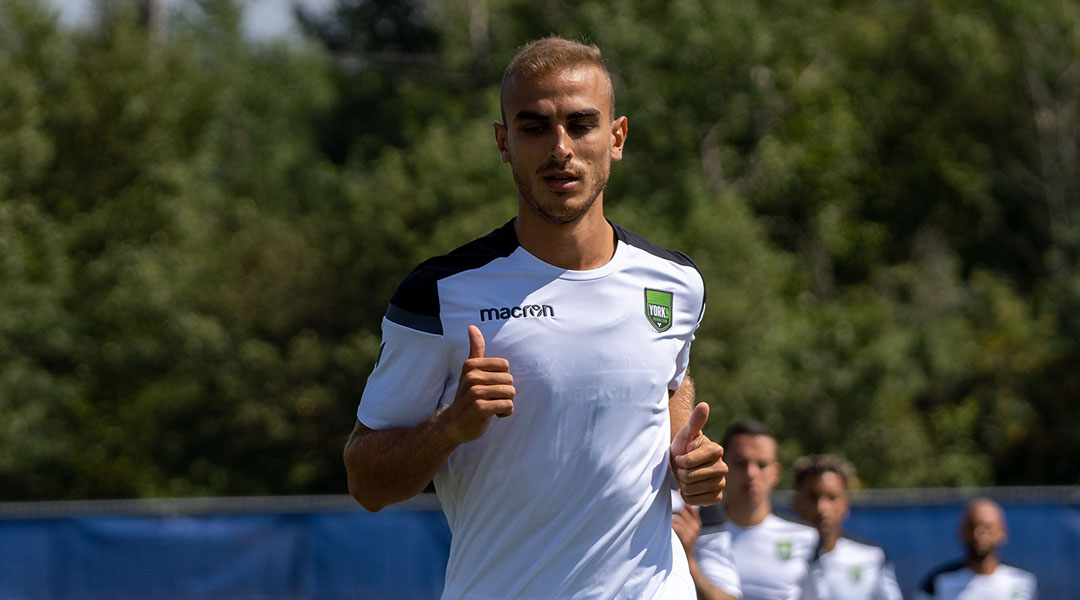 As expected, Canadian Premier League defender Matthew Arnone has confirmed that he will be departing York9 FC following one season with the club.

We had reported that the Nine Stripes defender was on his way outbound prior to the release of the York Region’s side official roster update yesterday, where the 26-year-old was officially listed as out of contract. In speaking with Northern Tribune, Arnone has now confirmed that he will not be returning to the club.

The six-foot-two defender had signed for the Nine stripes this February after he had been linked with then-brand-new expansion side Atletico Ottawa. The Vaughan-born defender appeared as a defensive midfielder in two of York9 FC’s seven matches at The Island Games, a position he frequented for the York Lions under Carmine Isacco.

In the year prior, Arnone was deployed as a centre-back under Stephen Hart with the Halifax Wanderers, where he made 28 appearances and scored two goals throughout the inaugural Canadian Premier League campaign. He played the full ninety in the club’s only league away win of the season against York9 FC, which ultimately ended up being his next destination.

The Nine Stripes are likely in for some central defensive restructuring: we’ve been reporting that Gasparotto’s contract talks have been stalled for some time now, while Roger Thompson is out of contract (and in talks with multiple CPL clubs) after an impressive iron man campaign at The Island Games.

In the meantime, Club President Angus McNab has brought in former TFC Academy prospect Ryan Lindsay on a multi-year deal, while full-backs Morey Doner, Diyaeddine Abzi, and Fugo Segawa have all been re-signed for the 2021 season.

In the meantime, Arnone has been quite busy with a sports-based mental fitness program called Mindframe, though unlike the entrepreneurial ventures of Giuliano Frano and Dylan Sacramento he intends to continue this business venture without stepping away from his playing career.

With thirty Canadian Premier League appearances to his name, it’s easy to see Arnone signing for another domestic club next year. Thus far, no athlete has signed for three different sides in the league in just as many years, though with most CPL players on short-term contracts with club options this kind of player movement isn’t ultimately unexpected.