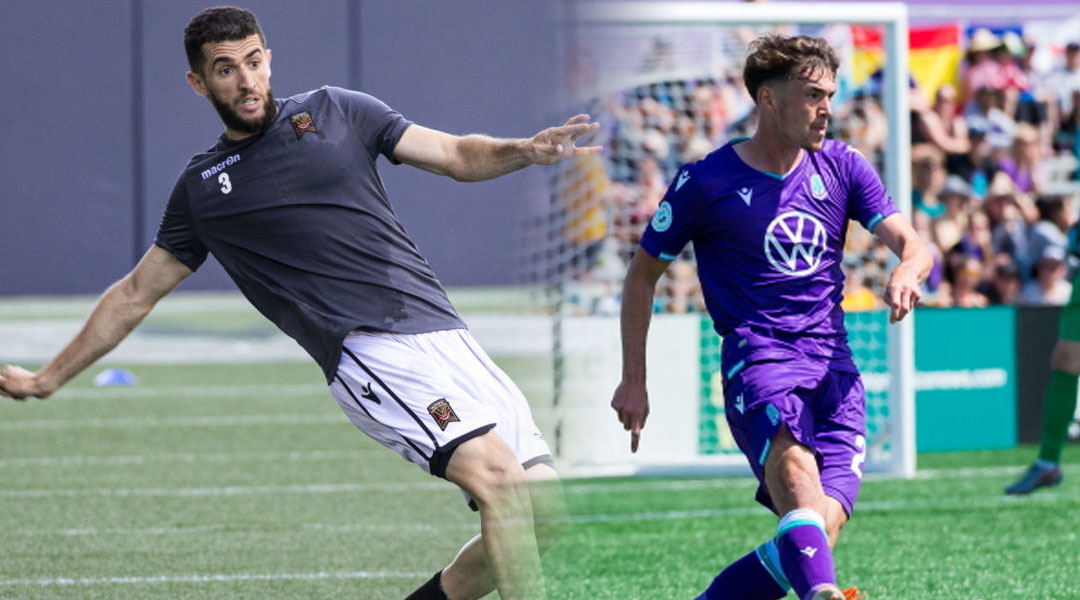 This marks Hocine’s third stint with the PLSQ side, with the Algeria-born defender having played for CS Mont-Royal Outremont in both 2013 and 2016. Both of those years saw Hocine help the side to a championship.

He spent the last two seasons in the Canadian Premier League, first with the Halifax Wanderers and later on with Valour FC. His 2019 campaign was hampered by injuries and limited to six appearances, with the following season as a Valour man seeing him register just a handful of minutes and have a tough time against his former club.

Emile Legault was considered somewhat of a coup when he signed for Pacific FC in 2019 following contractual difficulties with the Montreal Impact (now CF Montreal). The AJ Auxerre youth product made 14 appearances for the Tridents across the inaugural CPL campaign before landing in the USL with Rio Grande Valley last year.

Legault then found opportunities hard to come by south of the border, departing from the Toros with only four appearances to his name at the end of the season. At the PLSQ level, however, one expects that the Canada U-23 international will be a standout – and with the club holding a partnership with the CF Montreal Academy, he could be en route for a second opportunity with the local MLS side.

The 2021 PLSQ season will be launching this weekend on the men’s side of things, with AS Blainville set to prepare yet another title defense.

CS Mont-Royal Outremont finished second in the 2019 season, and opted out of last year’s COVID-19 impacted campaign. The club has finished top of the league on three occasions, with today’s ambitous signings marking a big letter of intent from the Montreal-based side.