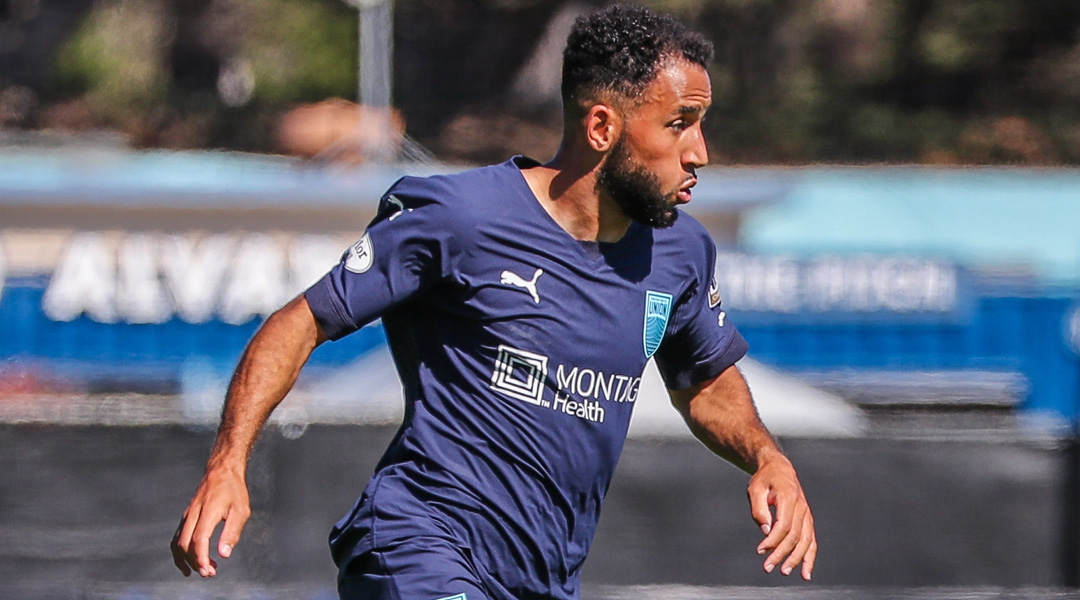 Former CPL full-back Morey Doner has extended his contract with Monterey Bay FC for another two years after a strong opening campaign.

The 28-year-old’s debut USL Championship season saw him prove a key element for expansion side Monterey Bay, where the attack-minded full-back featured in every single match, collecting six assists and one goal through 35 appearances.

Having led the team in fouls won with 56, he also finished the season with an impressive 71 clearances, 49 tackles, 33 interceptions, and 11 blocks defensively, too. Beyond the defensive contributions, he was a key element of the club’s attack from the right flank, too.

“We’re really happy, he had a fantastic season with us,” stated Monterey Bay head coach Frank Yallop. “To have him here for the next couple of years is really important for the club and the fans. I’m really happy that we managed to get it done.”

“I watched enough to know what I liked in a right-back. I really liked his demeanor and the way he went about things, and he’s not let us down at all,” said Yallop about the full-back earlier on Footy Prime. “He’s probably been one of our better players, if not our best player, consistent-wise in the team.”

Doner’s time in the CPL saw him prove a league-leading full-back, contributing seven assists and a magnificent goal against Valour through 57 appearances. After the 2021 CPL season, however, he wanted to test himself in a new environment – and evidently, that bet has paid off.

After Doner’s success, Yallop says he’s keeping a close eye on Canada’s top flight, though his countrymen will count as internationals down south. A price well worth it for Doner, evidently.

“I’m very happy to commit my future to this club. The first time I stepped foot here I knew it was a place where I could see myself for a long time. It’s the happiest I’ve been in my career, so for me it was a no-brainer,” added Doner himself.

“Frank and Ramiro chose to have me here from the beginning and believed in my abilities. It gave me confidence on the pitch and brought out the best in me, which is a big part of me wanting to continue here. With all of the difficulties we shared last season, I know there is huge potential in this group. We all want the same things, we want to win more, be more consistent, and get to the playoffs. And I want to be a big part of that.”

Monterey Bay’s opening campaign saw the side finish six points outside of a playoff spot. With at least one strong full-back now retained, Yallop will now be tasked with improving the other areas of the pitch.