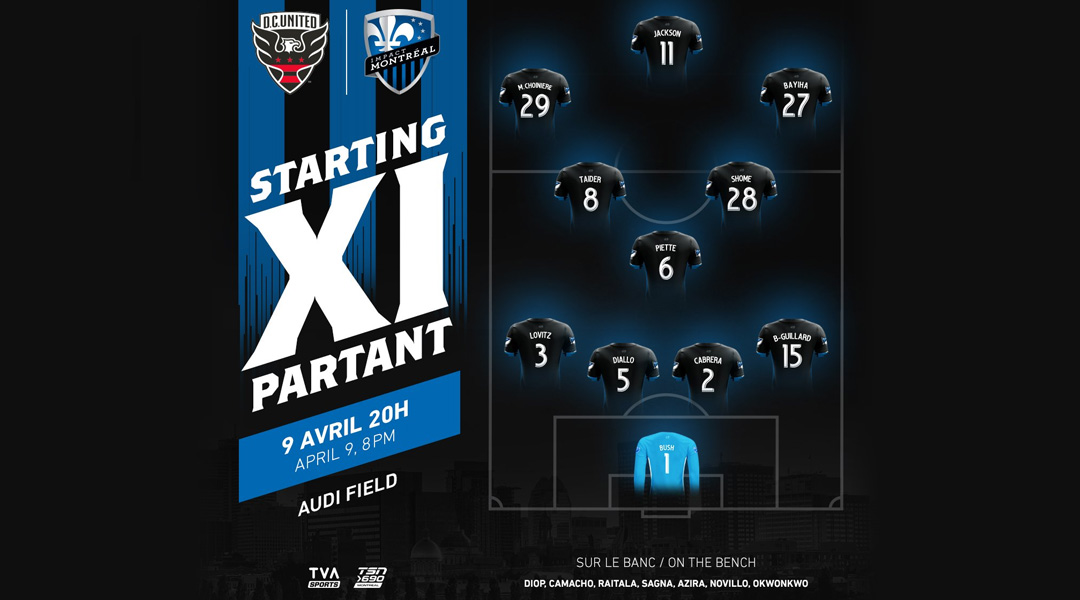 MLS fans who tuned into DC United vs Montreal Impact got to see more than just a heavily-rotated side from Rémi Garde: they saw one of the most Canadian-heavy MLS lineups of all time. In fact, the starting eleven would have even met the Canadian Premier League criteria of having a majority of the squad stem from north of the border.

Anthony Jackson-Hamel, Samuel Piette, Shamit Shome, Clement Bayiha, Mathieu Choinère, and Zachary Brault-Guillard all started for the Impact last night, with no Canadians on the bench. For the latter three, it was their first ever time starting for the MLS side. With a median age of just 20.5 between them, Garde put plenty of faith in the Canadian youngsters. It was the kind of roster that made a lot of hardcore Canadian fans excited, and confused just about everyone else.

Given that it was the last of Montreal’s stretch of six consecutive away games before the club’s home opener, it’s likely that Garde was keen to rest players so that the regular squad would be full of energy for a strong Stade Saputo performance. In any event, fans got to see Canadian players clock in a cumulative total of 524 minutes for the Impact last night. Only Jackson-Hamel and Mathieu Choinére were substituted in the 80th and 84th minute, respectively.

DC United will have every reason to be unhappy with the way the game panned out. With an out-of-form Luciano Acosta and a suspended Wayne Rooney, the team failed to register a single shot on target after seven attempts. Montreal didn’t fair much better, failing to convert their only shot on target after 11 attempts. It may have been a relatively tame match, but it was undoubtedly good match experience for the canucks.

20 year old right-back Brault-Guillard, on loan from Olympique Lyonnais, will have been pleased with the clean sheet. His dangerous run down the wing after a one-two with Clement Bayiha led to Montreal’s best chance of the game, forcing a great low-diving save from Bill Hamid. Brault-Guillard moved to France when he was seven, but spent his first years in Montreal after being adopted by a Quebecois couple.