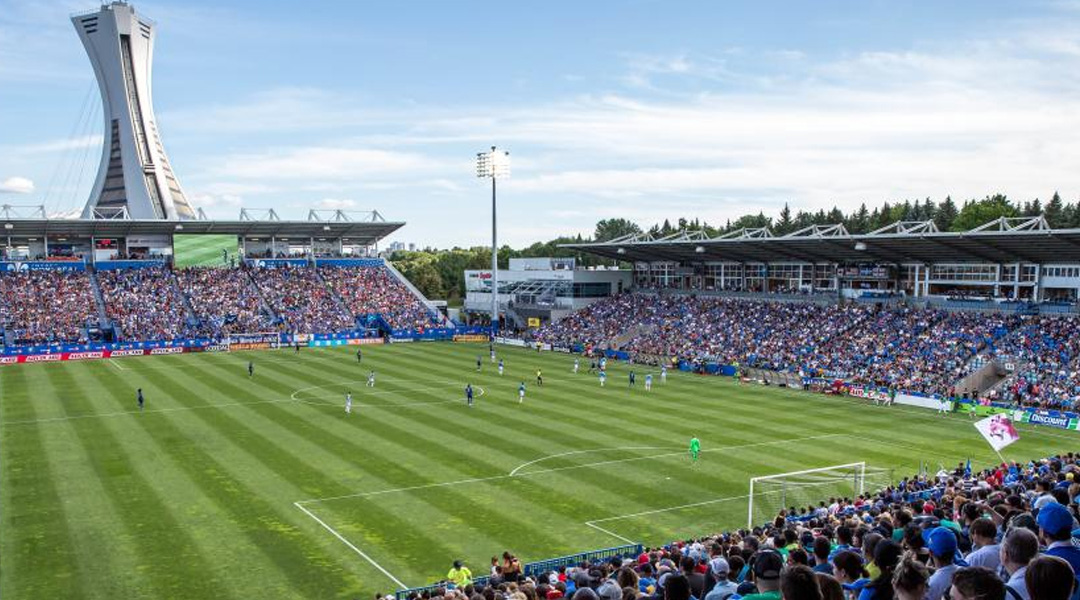 Constructed in 2008, Montreal Impact’s Saputo Stadium isn’t old, but it’s fair to say that certain aspects of it aren’t up to modern MLS 2.0 (or 3.0, if you believe Atlanta’s tifo game) standards. When league commisioner Dan Garber met with Montreal Impact President Kevin Gilmore and team owner Joey Saputo last Monday for a business luncheon, talks regarding corporate support indicated that renovations may be in the near future for Saputo Stadium.

That does’t mean putting in more seats or changing the pitch (though Garber does admit he’d like a heated field to eventually be installed). Instead, the focus would be on adding matchday amenities to encourage fans to arrive to matches earlier, and corporate amenities to encourage local businesses to invest in the league.

As reported by Stu Cowan of the Montreal Gazette, here’s what Gilmore said regarding the potential renovation:

It really isn’t about taking the existing stadium and adding more seats. It’s about how do you take a stadium that was appropriate at the time and even [built] before Major League Soccer and provide more amenities for fans and, frankly, more opportunities to engage the corporate community.

In Montreal, it’s no secret that the majority of corporate money goes to the Montreal Canadiens of the NHL. Gilmore has a great perspective of exactly how much, having been the Canadiens’ executive vice-president and COO for no less than 5 years. Still, says Gilmore, there’s room for Montrealers to support the Impact, too.

I think it’s a question of letting partners understand the value of associating themselves with a sport that’s the most popular sport in the world, appeals to a younger demographic than other sports, is on the upswing and can help them create a tremendous connection between their brand and our fans.

It’s a sentiment that was seconded by Don Garber, who has played a large role in improving the league’s stadium standards over his almost-twenty years as league commissioner.

This is a unique market. The stadium itself was privately funded. The stadium sits on land that is owned by the city. The city has a unique way of taxing private investment on facilities, which I don’t think exists in any other city that I’ve ever traveled to and I’ve been involved in the development of 20 stadiums, bringing billions of dollars in investment.

This are early talks as of yet, but the fact that such high profile figures are talking about then openly and publicly is a good sign that the wheels of the project are starting to turn. It’s no small endeavor to improve corporate facilities, but if doing so can bring in more corporate funding, it can only help solidify the team within the Montreal community. It’d be a good time to do that, especially with a Montreal-based Canadian Premier League team supposedly on the way – and one in Quebec City, too.