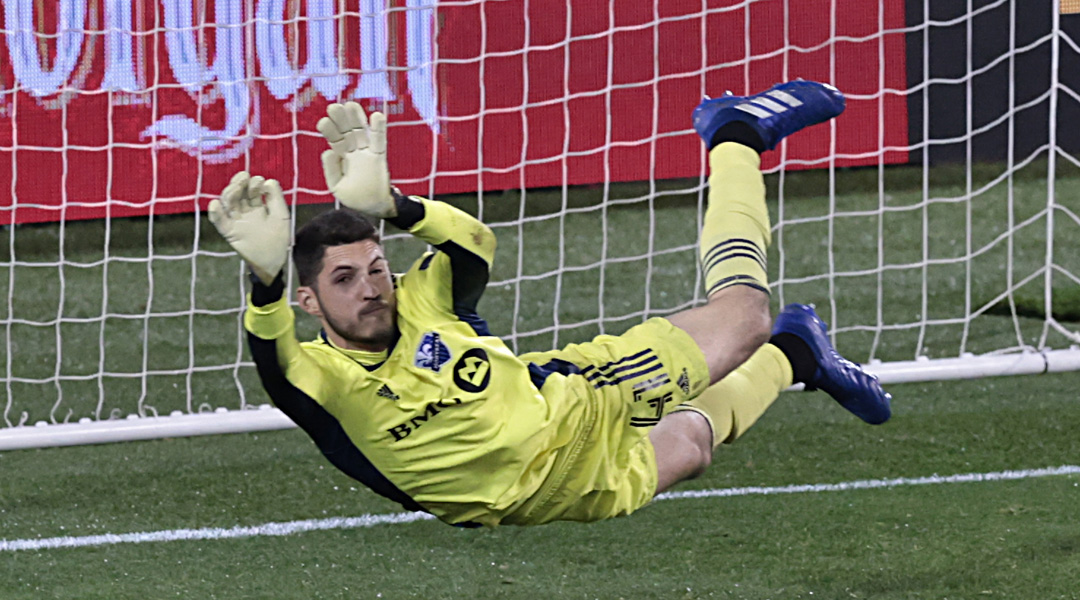 Pantemis Marks MLS Debut With Man Of The Match Performance

23-year-old Canadian goalkeeper James Pantemis made his MLS debut against the New England Revolution last night, facing an onset of shots that eventually saw the Montreal native earn Videotron Man of the Match honours from the Montreal Impact.

Pantemis earned the nod following Impact goalkeeper Clement Diop’s return to France for personal reasons. While Evan Bush had been the de facto backup for Diop, the Impact traded him to the Whitecaps just a few weeks ago. That left James Pantemis and 19-year-old Jonathan Sirois on the roster, with Pantemis earning the nod.

While the Impact eventually fell to a 2-3 home loss at Stade Saputo after being outshot 14-22 by the visitors, the six-foot-three goalkeeper put in a highlight reel performance and came away from the match with six big MLS saves to his name:

The match also struck another CPL chord with a substitute appearance from former Cavalry FC man Joel Waterman, who has mostly ridden the bench under Thierry Henry for the 2020 MLS season. The 24-year-old came on following an injury to Rod Fanni.

Pantemis earned his first-ever MLS cap following an impressive season in the Canadian Premier League, where he played every single possible minute for Valour FC under head coach Rob Gale. The MLS loanee looked sharp for the Winnipeg-based side, helping the club’s average goals against drop down from 1.86 in 2019 to 1.29 this year.

Last year Pantemis made his Montreal Impact debut in the Canadian Championship, earning two starts against CPL sides York9 FC and Cavalry FC respectively. Having signed a professional contract with the MLS side in 2017, Pantemis has put in a lot of work ahead of his long-awaited MLS debut.

2020 has been a big year for young Canadian goalkeepers in the MLS, with the MLS Is Back tournament seeing the Vancouver Whitecaps give 21-year-old Thomas Hasal a run in net. The Saskatchewan-born netminder made big waves following his impressive debut, racking up 842 minutes of game time before being sidelined due to injury.

This September has also seen 23-year-old Dayne St. Clair play every available minute for Minnesota United since September 7, with the Pickering-born goalkeeper earning four clean sheets in eight starts for the MLS side so far.

Valour FC went through its Island Games campaign with Impact loanee James Pantemis and former York9 FC man Matthew Silva as its only rostered goalkeepers, though it’s not clear if either will be back for 2020: if Pantemis continues to impress for Montreal, a return to the CPL is unlikely. Silva’s contract length was never disclosed, so it’ll be interesting to see if he’ll get a chance to make his debut in a Valour kit next year.

To that end, Gale stated he expects many of the club’s core players to return for the 2021 season – though whether impressive loanees James Pantemis or Julian Dunn return remains to be seen.