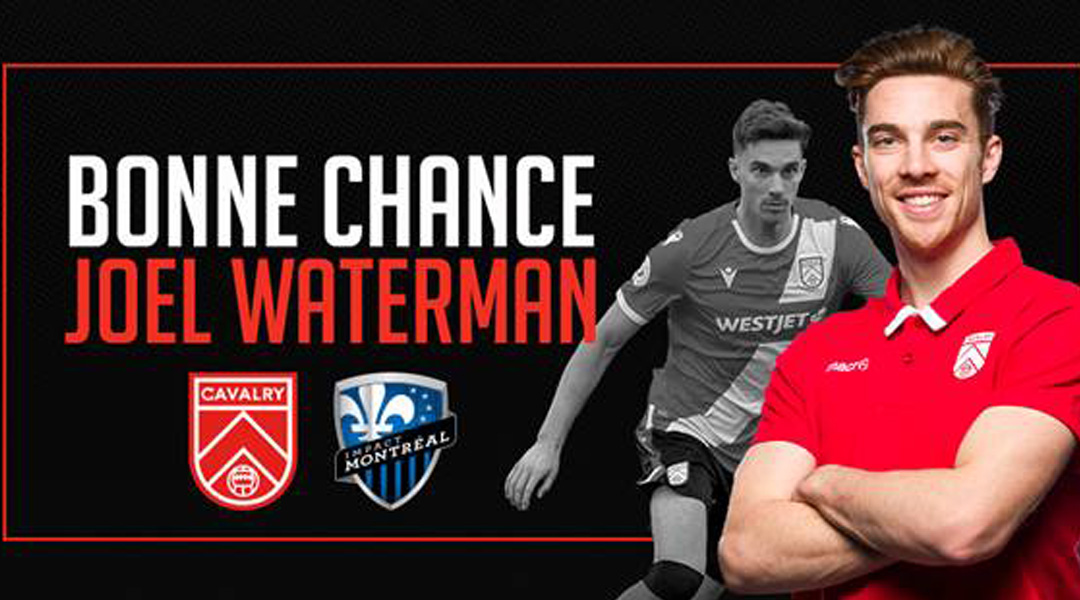 The first Canadian Premier League to MLS transfer is now official: Cavalry FC has sold Joel Waterman to the Montreal Impact for an undisclosed amount.

Rumours that the Montreal Impact were interested in the technically-proficient Cavalry FC defender began in December, but tapered off once Joel Waterman officially re-signed with Cavalry FC. Yesterday, however, news broke out that he was close to signing for the Thierry Henry-led team, with the move being all but official once he was spotted at the MLS side’s training ground.

Now, the Montreal Impact has officially confirmed the historic transfer., with Waterman signing a two-year deal with options for 2022-2023.


While Cavalry FC fans will be sad to see him go, the club didn’t want to deny Waterman the opportunity to further his career at a higher level.

The opportunity for Joel to play for one of the game’s greats, Thierry Henry, is something we couldn’t deny him. Joel is fully deserving of the attention he got after the high level of performances he displayed this year for us in the Canadian Premier League, showing class and consistency in abundance. He leaves behind a unique Canadian pathway being one of the first CPL-U SPORTS draft picks to be transferred to another league. As a club we wish him all the best in his future and thank him for being one of the historic first Cavalry FC players in our history.  Whilst Joel leaves big shoes to fill, he also creates another opportunity for another young Canadian player to fulfill their dreams of playing professionally in their country.

Waterman had made 25 appearances for Cavalry FC throughout the inaugural Canadian Premier League season, proving himself to be a strong, versatile player who could put in performances as both a left-or-right centre-back or as a defensive midfielder.

Now given an opportunity to break into the first team for an MLS side, Waterman’s career continues along a drastic rise: two years ago he played under Wheeldon Jr. at the Calgary Foothills (USL2), last year he proved himself with Cavalry FC (CPL), and now he will have a chance in Major League Soccer itself.

The Montreal Impact made specific mention of his ability to play in both a back four or a back three, stating he had the right mentality to play with the team that Thierry Henry is building.

The 23-year-old BC-born player left a parting messaging for his Cavalry FC supporters, too:

My time at Cavalry was very special to me for many reasons. I got to play with my closest friends at a professional level and learn things about myself not only as a player but as a person. Most importantly I was part of an historic season with a club that is so much more than what they achieve on the pitch. Seeing what it did for the city of Calgary and the people invested in the club was more than any trophy could fulfill. I’d like to sincerely thank my teammates, coaching staff, ownership, fans and the entire organization for what they’ve done for me. I wish nothing but the best for the club in the future years to come.

The move means that Cavalry FC now has eleven players on the books ahead of the 2020 Canadian Premier League season, with Waterman – as Tommy said earlier – leaving big shoes to fill for the reigning spring and fall season champions.

Waterman’s transfer is a landmark moment for the Canadian Premier League, as it proves that domestic players can prove themselves to higher-level teams when given the opportunity to put in minutes. Waterman’s transfer may be the first, but it certainly won’t be the last.