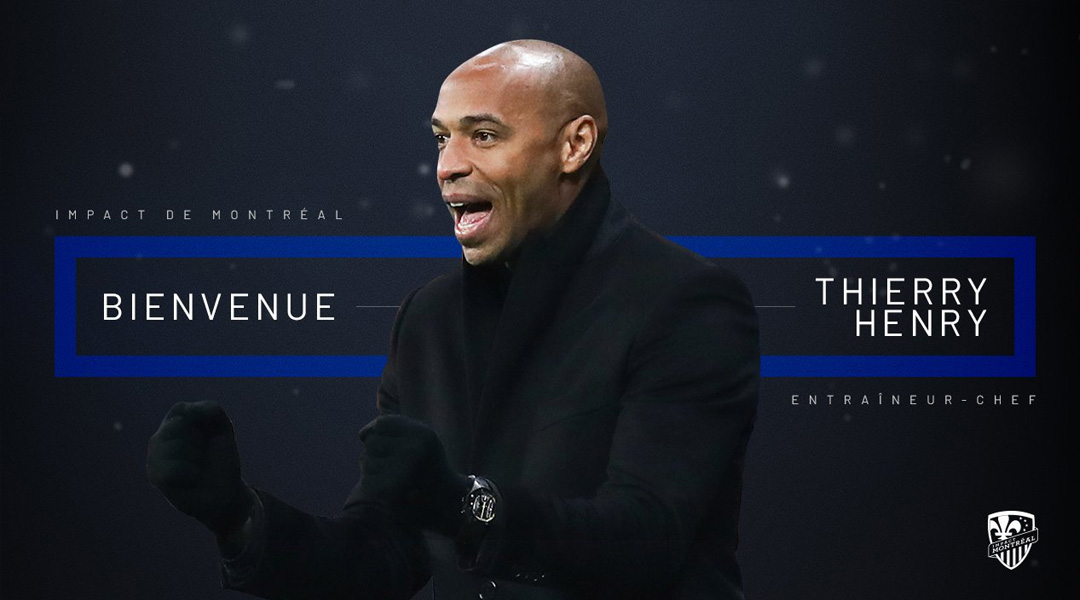 The Montreal Impact has just announced that legendary french striker Thierry Henry has been named the club’s new head coach.

The 42-year-old retired France international comes with the highest of player pedigrees: scoring some 228 goals for Arsenal across all competitions, he claimed the Premier League twice and the FA Cup thrice for the Gunners before transferring to Barcelona and winning La Liga twice, along with single trophy wins in the UEFA Champions League, Copa Del Rey, and FIFA Club World Cup.


Henry ended his playing career in Major League Soccer with the New York Red Bulls, where the iconic forward spent four seasons. He contributed an astounding 51 goals and 42 assists in his 112 appearances, though he couldn’t help NYRB to an MLS Cup.

He spent two years as an assistant coach with Belgium, leading them to a semi-final appearance for the 2018 FIFA World Cup. He then became head coach of Ligue 1 side AS Monaco, though his short tenure at the club was ultimately a disaster.

Now, the Montreal Impact are set to give Henry a second chance at bat when it comes to coaching a professional club:

We are extremely happy to announce the nomination of this legend of the game. Henry will bring a new energy to our club. He shares our vision to elevate this club and will help us achieve our goals on and off the field. He is a competitor and a leader who has proven himself at the highest level throughout his career. He now brings these qualities with him to Montreal, a place he wants to be.

With Henry having spent four seasons with the New Yew Red Bulls, he’s already accustomed to life in Major League Soccer and all that comes with it – a limited number of charter flights, complicated roster rules, and the impact of rivalries like the 401 Derby.


The Montreal Impact went through two head coaches this year, with Remi Garde parting ways with the club in the latter half of the MLS season. The club then brought in Wilmer Cabrera, who helped the club to a Voyageurs Cup penalty shootout win over Toronto FC, though the club later announced that it would be parting ways with him, too.


One of the club’s more obvious goals come 2020 will be to make playoffs. This year, the Impact limped to a ninth place finish in the MLS Eastern Conference, two spots and four points shy of the postseason action.

Whatever ends up happening, this is one of the most high-profile MLS managerial signings in terms of fame. Whether Henry’s efforts can stack up to what former Arsenal player Patrick Vieira did with NYCFC remains to be seen, but it ought to be fun to watch.