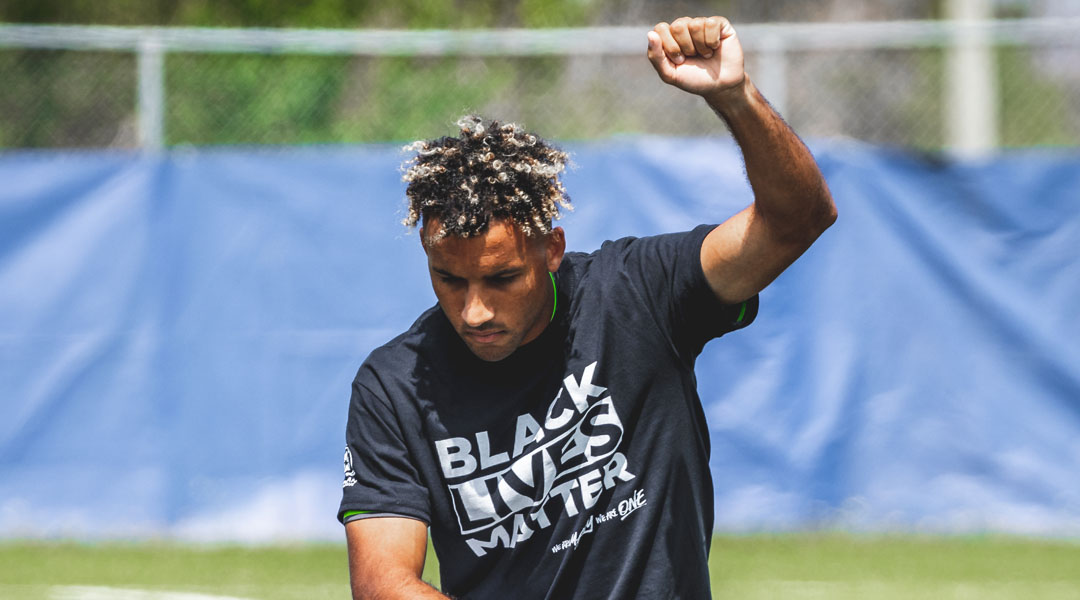 The charity, which was started by Juan Mata, sees professional footballers donate 1% of their wages to a central fund which then makes contributions to a diverse portfolio of NGOs around the globe. For Doner, joining the project as a professional athlete has been a goal years in the making.

I’ve been wanting to join the last few years, but I wasn’t a pro. Last year was my first professional season. And now that I signed a new contract and I’m just in a good spot – mentally and financially I felt like it was the right time. Also, I felt very proud to be the first Canadian male player. It means the world to me.

Doner’s path to professional football was a long one, with the Collingwood-born player having traveled to Brazil to develop in the country’s lower leagues, with a short stint in Florida at the USL2 level following that.

Returning back to Canada, the full-back finally got his big break after connecting with Jim Brennan, who was coaching League1 Ontario side Aurora FC at the time. Morey convinced the club gaffer to give him a trial, and would later captain the team before following Brennan into professional action with the announcement of York9 FC.

While he had to wait a few matches to make his debut for the CPL side, the right-sided full-back has been a staple for the Nine Stripes ever since. He recently renewed his contract with the team through to 2021, so fans can expect to see his runs down the wing for some time yet.

While the Canadian Premier League doesn’t disclose salary information for athletes or club staff (although the player’s union put forth some figures this week), Doner says that donating one percent of his wages was something he felt he needed to do for the less fortunate – even after the 25% salary cut he’s taken due to the pandemic.

1% is helping people that don’t have what I had growing up. I’ve had a good life but during COVID I wanted to give more, I wanted to give back, and over this tough time I felt like I needed to do something.

Doner has decided to make his contributions go to the COVID-19 Response Fund, stating that he’d done his research and felt most impact could be made through that movement. He’d like to give more at the end of the year and beyond, too.

While Doner is the first male Canadian to join the project, Les Rouges have played a big role in the initiative: last year, fifteen players from the Women’s national team joined the project en masse. Valour FC’s Jose Galan is also a member of the Common Goal project, too. This week, the veteran capped off a four-nil routing of Atletico Ottawa by scoring the last goal of the match.

Morey Doner has played every possible minute of action for York9 FC this season, with the 26-year-old still a vital part of Jim Brennan’s ball-forward philosophy. This Saturday could see him square up against fellow Common Goal player Jose Galan when their two respective sides clash.