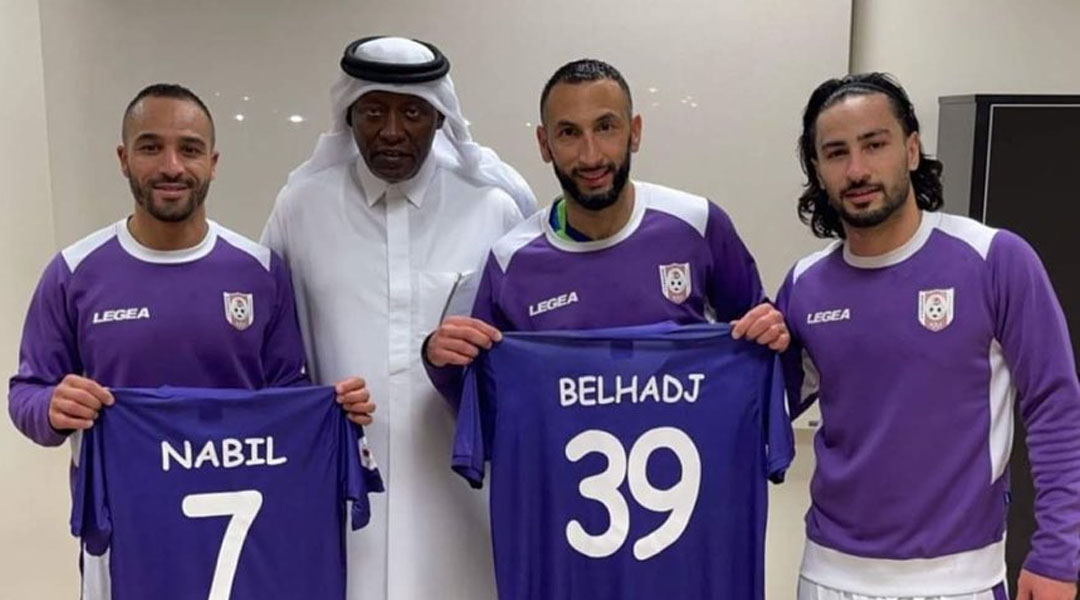 The 29-year-old striker has officially signed with Qatari second division side Muaither SC, who will be hoping that one of the top attackers from the Canadian Premier League can help them recover from a tough start to the season.

The Al-Ain born striker had contributed twelve goals in 43 appearances for the hammers, helping Forge to a league title at The Island Games before finishing his time in orange with a runners-up medal in 2021.

His time in Hamilton also saw him impress in continental action, with the striker cracking the Concacaf League Best Eleven after putting forth three goals and two assists during Forge’s continental run that eventually led to Champions League qualification.

DZfoot journalist Walid Ziani tells Northern Tribune that the striker has signed a six month contract with Muaither SC, who currently find themselves bottom of the table after collecting one point from its opening six games.

He arrives alongside some heavy reinforcements, with Babouli appearing alongside former Portsmouth and Lyon talent Nadir Belhadj, and Moroccan international Nabil El Zhar.

Babouli’s hot form last season had led to rumours about a potential call-up for the Syrian national team, though though he remained with the club for the 2021 CPL Final instead.

Prior to signing with Forge, Babouli briefly trialed with York United before signing for their crosstown rivals. His return to professional football came after a gap season caused by contractual issues with Syrian Premier League side Al-Ittihad SC Aleppo.

Babouli had made 19 Major League Soccer appearances for Toronto FC before that, contributing two assists in the Canadian Championship and lifting the Voyageurs Cup in the 2015-2016 season.

Forge has moved quickly to secure a replacement for the outbound striker, with the hammers bringing in Pacific’s Terran Campbell. With the club due to begin Champions action a little over a month ago, how much of a miss Babouli will be remains to be seen.