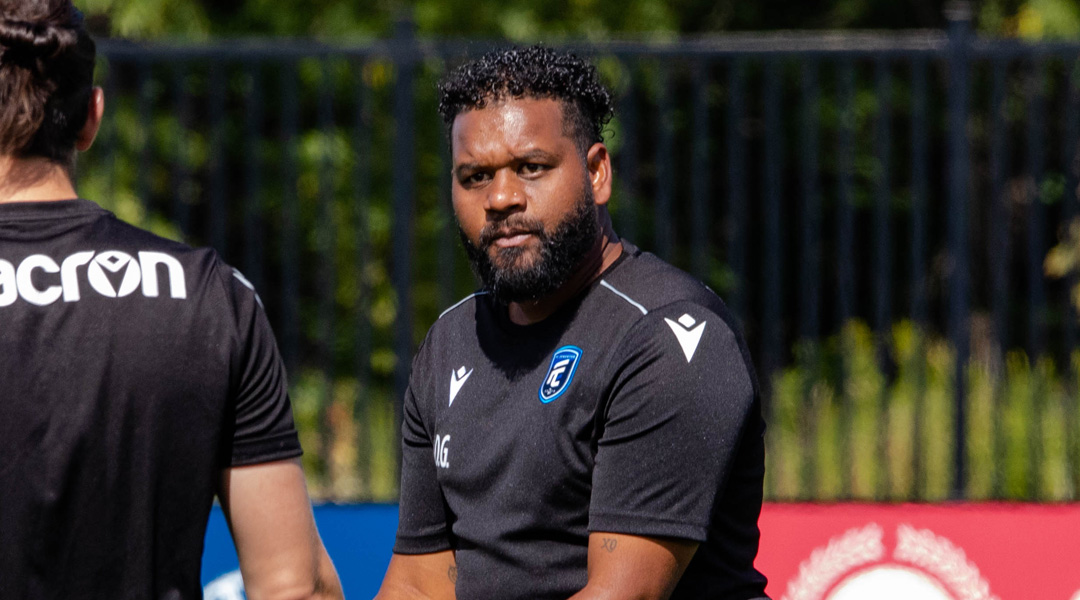 Dhee Govender is the new head coach of the NAIT Ooks Women’s soccer and futsal teams.

The university’s newest head coach spent last season in the Canadian Premier League, where he assisted Alan Koch as a goalkeeper coach for what ultimately became FC Edmonton’s last season.

“I had a once in a lifetime chance thanks to ‘FC Opportunity’, one that I am forever grateful to Alan Koch and the club,” Govender told us. “The high level of leadership, attention to detail, and accountability was remarkable to be a part of. Being guided to having a growth mindset throughout the day-to-day operations was immense for players and staff to keep the team competitive through the clubs circumstances.”

He replaces Alesha Weicker-Pasternak in the head coach role after she stepped down late last year, having guided the women’s team to a fourth-place finish at the ACAC Championship.

“I am thrilled to continue building on the existing foundations of this extremely successful program, whose history speaks for itself,” said Govender. “Working with coach Alesha to ensure the program doesn’t skip a beat is something we both want, as we value putting the student-athletes at the forefront throughout this transitional phase.”

Govender’s own coaching career began in his teenage days, with the new Ooks coach later leading the Edmonton Strikers SC U-18 girls team to a national silver medal in 2014.

His last season with FC Edmonton saw the budget-crunched team surpass many expectations, though they still finished bottom of the league. During that time, Govender maintained an ongoing role as one of the Sherwood Park District Soccer Association’s technical directors, too.

Govender remains a technical director with the Alberta-based organization.

With the futsal season kicking off in exactly one month time, the work has already started for Dhee.

“There is a lot of work ahead, which I am really looking forward to with excitement and enthusiasm,” added Govender.

FC Edmonton’s coaching staff has been forced to move on following the shuttering of the club, with Alan Koch now an academy technical director in New Zealand while assistant coach Todd May underwent an opportunity to join the Brighton and Hove Albion academy in England for a spell.

The Canadian Premier League will remain at eight teams thanks to the timely arrival of Vancouver FC.