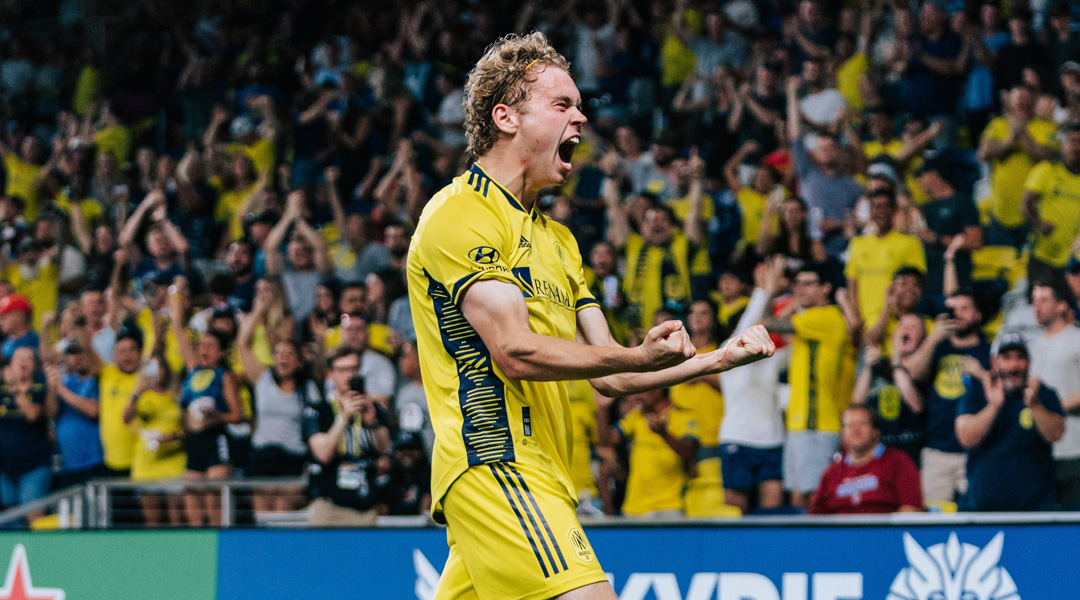 Nova Scotia’s own Jacob Shaffelburg has made his move to Nashville SC permanent, as has largely been expected following the winger’s loan from Toronto FC earlier this summer.

The 22-year-old made ten appearances for Nashville since arriving from Toronto in August, recording two goals and one assist in 577 minutes.

He now inks an incredible four-year deal with a club option for a further year in 2027.

Toronto FC stated that it has received a guaranteed compensation of $300,000 in General Allocation Money, and will receive further undisclosed amounts of GAM if performance-based metrics are hit.

Interestingly, Nashville’s own release states that TFC will instead get $250,000 in 2023 GAM, with potentially $50,000 of conditional GAM. It remains to be seen which club is correct.

The left winger his time in red having made 61 appearances for Toronto, contributing four goals and ten assists after joining the side on a homegrown player deal in 2019. That came after he had progressed through the club’s academy and inked a pro deal with Toronto FC II in 2018.

He was also part of the squad which won the belated 2020 Canadian Championship against Forge FC this year, with the club experimenting with him as a full-back prior to loaning him stateside.

The Kentville, Nova Scotia native has also made four appearances for the Canadian national team, making his debut against Barbados in 2020.

Toronto FC recently traded Luca Petrasso to Orlando City SC, with new rumours indicating that Jayden Nelson might be procuring a move to Europe, too.