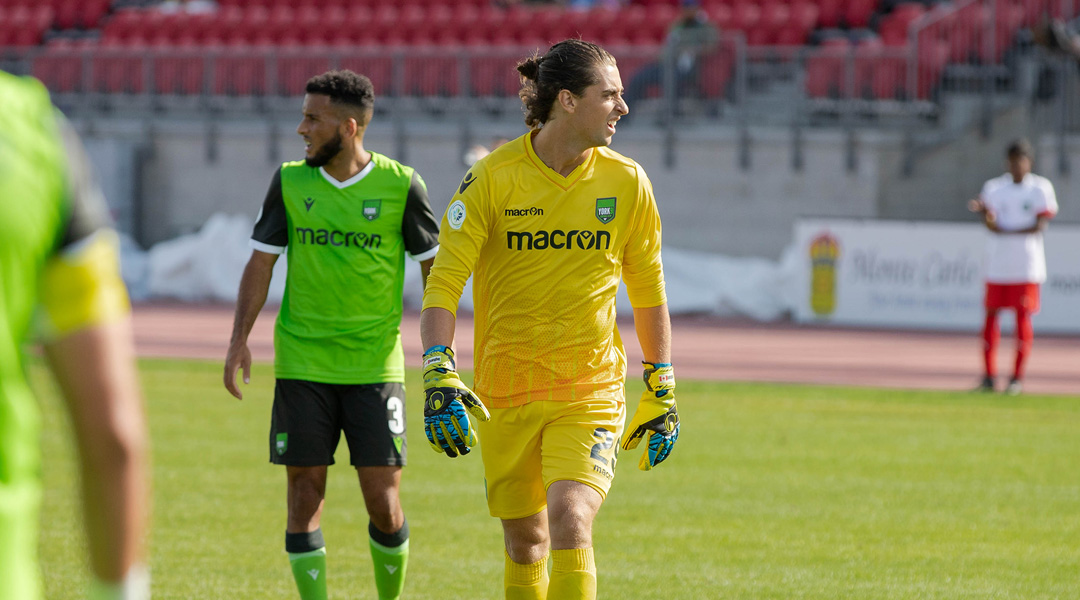 After the Vancouver Whitecaps made a celebratory tweet to mark the first time the MLS club has fielded six Canadian players on the pitch at the same time, York9 FC goalkeeper Nathan Ingham took a shot at the BC-based club: he sarcastically congratulated them for the feat, saying it ‘only took ten years’ for the Whitecaps to field more than half a lineup of Canadian players on a Canadian team.

His criticism of the club took a turn to reflect on the importance of the Canadian Premier League, which requires that more than half of each squad that takes to the pitch holds a Canadian passport. The Newmarket-born player then stated that Major League Soccer has held Canadian players back for years, and that Vancouver’s recent canuck-majority roster would never have happened without Canadian manager Marc Dos Santos at the helm.

Canadian MLS clubs are required to have a minimum of three Canadian players on the roster all times, which is a pretty low floor for a league which allows rosters to grow thirty players large. The Whitecaps currently have 12 Canadians on the books, while Toronto FC and Montreal Impact have 8 and 10 respectively.

Since Canadians count as internationals for US-based MLS clubs (if they’re not homegrown), it’s a tougher sell for clubs south of the border to add them to the roster – which is why there’s just about ten Canadians split across the 21 US-based clubs in the league.

While things would obviously be a lot worse for Canadian players if the MLS and its academies didn’t exist, Ingham clearly isn’t happy with the league.


Ingham’s stance on the matter makes more sense when you consider the last year of his professional career: before his jump to the CPL, the 26-year-old goalkeeper had trialed with Swope Park Rangers, who are Sporting Kansas City’s USL affiliate. The club had concerns that if an injury crisis forced him to be called up to the MLS side, they’d need to use an international slot on the keeper, and that’s something that Sporting Kansas City wasn’t willing to do. Thus, his trial with Swope Park Rangers came and went without a contract.

Despite his criticism that MLS roster rules and a lack of opportunities for Canadian players combine to hinder Canadian development, Ingham has previously stated that he’d like to play in Major League Soccer at one point in the future, though he says he’d like to establish himself as a leading goalkeeper in the burgeoning Canadian Premier League over the next few years first.

The 26-year-old currently leads the domestic league in saves, racking up 57 stopped shots and 4 clean sheets so far. His club is currently going through a rough patch, however, conceding seven goals in its last three games.


The Whitecaps tweet also drew a comment from FC Edmonton general manager Jay Ball, who pointed out that fielding six Canadians on a team is something that all seven CPL clubs do week-in, week-out, with the Eddies having started seven Canadians in its last match alone. Ingham’s current club, York9 FC, has 23 players on the books, 20 of whom hold Canadian passports.

Canada’s domestic cup competition, the Canadian Championship, requires that clubs start three Canadians each match, which is half the required amount from the Canadian Premier League itself. The newly-formed league is designed to give Canadian players a chance to shine in a professional environment, and that’s exactly what the likes of Tristan Borges, Nico Pasquotti, and former Whitecaps products like Marco Carducci and Terran Campbell have done so far.


That isn’t to say the MLS hasn’t helped develop some stellar players: the likes of Jonathan Osorio, Mark-Anthony Kaye, and Russel Teibert all developed with MLS clubs, though Kaye had to lift a USL trophy to attract MLS interest after being dropped by TFC.

It’ll be interesting to see if Ingham’s criticism of Major League Soccer draws any comments from other Canadian football players, or if they’ll simply let sleeping dogs lie.

The shotstopper will find himself back in action this Saturday when York9 FC travels to Clarke Field to play FC Edmonton.