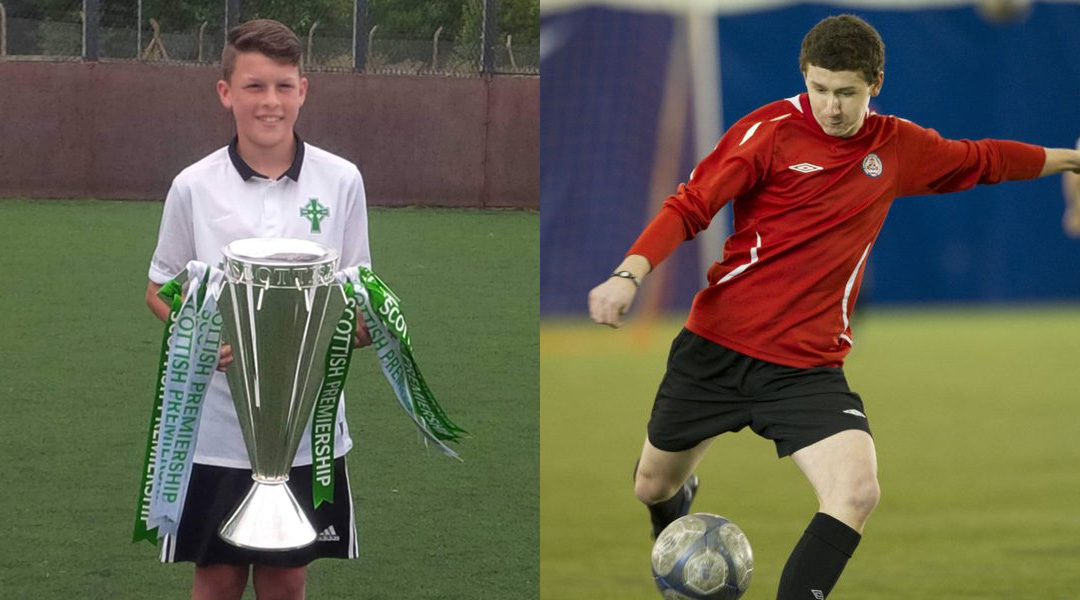 Some afternoon rainclouds are rolling in over Scarborough, and a young Cale Loughrey is looking outside, watching a neighbourhood kid juggle a soccer ball. It’s clear he’s had some good practice under his boots: he’s a few years Cale’s senior, and his touches are sharp for his age. He remains focused on his juggling, killing time while he awaits a ride to soccer practice.

The other kid is Fraser Aird.

Some ten years later, the two Canadian Premier League athletes – now grown men – are set to meet on opposite sides of Al Classico battle lines this weekend, though their journeys to reach this point could not have been more different.

It won’t be the first time the two have been on opposite sides, per se – Cale has always been an ardent Celtic fan, while Fraser rooted for the Rangers, following in the footsteps of his father and maternal grandfather who were longtime season ticket holders at Ibrox Stadium.

Despite the two growing up two doors away from one another, the duo had never played against eachother by the time Aird left to play professional football Scotland – there was a six-year age gap between them, after all. Fraser actually trialed with Cale’s beloved Celtic before earning an opportunity with Rangers and grasping it with both hands at the age of sixteen.

Cale’s interests in football remained strong, though when he was a similar age he dipped his toes more locally into League1 Ontario instead.

It’s a small world, after all.

“I remember being amazed at what he could do, because it looked so hard at the time,” reflected Cale. Both players don’t actually remember too much of one another, having been quite young and focused on their own worlds at the time – it’s just a shock to see those worlds combine some ten years later.

Aird’s path to professional football saw him sign with Rangers at the tender age of sixteen, experiencing European football for the majority of his career before he landed in the CPL two years ago. He signed with Valour and then spent last season with FC Edmonton – where Cale currently is – before transitioning to rival side Cavalry FC this year.

Cale would remain local as he grew up and honed his skills, cutting his teeth in League1 Ontario through the likes of Darby FC and Unionville Milliken before playing for the University of Alabama Blazers.

Loughrey trained with York United in 2019, but his arrival to professional soccer wouldn’t come until this year: the local lad signed with Forge FC and was immediately thrust into the spotlight of the Concacaf Champions League in a match against Cruz Azul, after which he was loaned to FC Edmonton.

We named him our best newcomer to much-transformed FC Edmonton side, and he’s done individually well in the time since. Without the CPL, it is unlikely Loughrey would be experiencing pro football today.

Some ten years after the two children grew up and experienced very different paths to professional football, they’re now set to contest against eachother on the pitch. Another example of the small world of Canadian football.

The two will see plenty of eachother in the week to come, with FC Edmonton hosting the first league-based Al Classico of the season this weekend. The two sides will then square up again midweek in the preliminary round of the Canadian Championship, too.

For Cale and Fraser, they’re up against at least one familiar face – but from the first whistle to the last, they’re not old neighbours, or even simply fans of rival Scottish sides. They’re simply the competition.