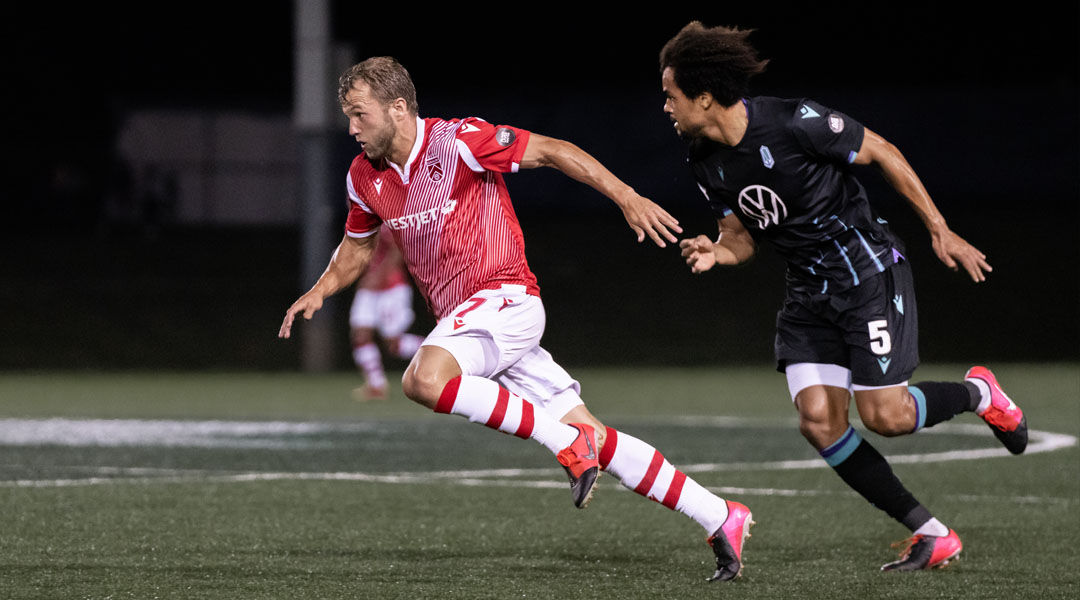 The results of Cavalry FC midfielder Nico Pasquotti’s MRI following his injury against Pacific FC are in: unfortunately, the forward has announced an ACL tear and a partial-thickness meniscus tear in his right knee.

The 24-year-old from Lethbridge is scheduled to have surgery on October 14, with a long rehabilitation process expected to last approximately 6-9 months following the operation.

Despite the severity of the injury, Pasquotti offered a positive response to fans through his social media channels:

There is no doubt this sucks and it is never news that any athlete wants to hear but it’s part of the game. This isn’t going to slow me down and the journey doesn’t end here. It’s definitely going to be a hard long road back, but I believe that this is going to make me stronger. Mentally and physically. Whatever the process brings, I am determined to get through it and be better going forward!⁣

This means that Pasquotti will likely miss the start of the the 2021 Canadian Premier League season, assuming that it starts in April. While it is known that Pasquotti re-signed for the 2020 season this January, whether the club has an option for the 2021 season remains unclear.

The 24-year-old has been a regular starter under Tommy Wheeldon Jr: he joined the Calgary Foothills in 2016, making 38 league appearances before following his head coach into the Canadian Premier League with Cavalry FC. In Canada’s top flight domestic league, the dangerous midfielder has scored 5 goals in 41 appearances for the Alberta-based side.

He’s not the only Cavalry FC man dealing with a long-term injury, either: Brazilian forward Oliver Minatel suffered devastating fractures of his tibia and fibula following a strong challenge from Roger Thompson, while crucial midfield cog Sergio Camargo missed The Island Games entirely despite travelling with the team.

In the last four years, no player has clocked in more minutes for Tommy Wheeldon Jr. than Nico Pasquotti, so his expected absence at the start of the next season will be a big miss for Cavalry FC – assuming he’s still rostered with the side when the time comes.

After losing out on the likes of Pasquotti, Minatel, Camargo, and Ledgerwood to injury, Cavalry FC bowed out of the group stage after losing against rival side Forge FC in a must-win match. The occasion marked the second time Cavalry FC had finished top of the regular season but didn’t take home the North Star Shield.

Last week, Pasquotti was awarded the Kinsmens Male Sports Person Of The Year by the The Lethbridge Sports Hall of Fame. The former Foothills man has impressed at the professional level, with his long throw-ins, pacey runs, and high work rate offering ample tactical options for his head coach.

The 2019 CPL offseason saw Pasquotti quietly train with Spanish side side Real Mallorca, but this time around the midfielder will be focused solely on rehabilitation rather than match fitness. We wish Nico Pasquotti all the best during his recovery and beyond.