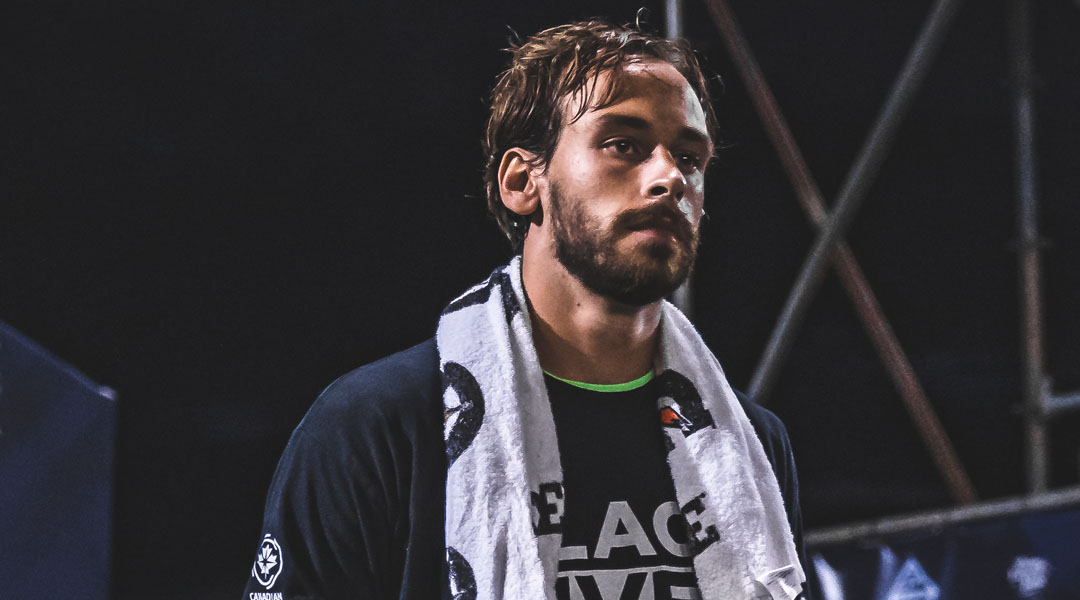 Canadian goalkeeper Niko Giantsopoulos made it official this morning: after two years with Cavalry FC, he has departed from the Alberta-based Canadian Premier League side.

Reflecting back on his two years with the club – in which he made ten appearances and collected four clean sheets – the 26-year-old had nothing but positives to say about his time with the club. It was a competitive team that allowed him to improve as a player, but the Markham-born athlete simply found himself hungry for an opportunity to earn more game time somewhere else:

The club had just announced the return of Marco Carducci a day ago, and he’d be the de facto number one shotstopper in just about any CPL side. If Niko does complete an intra-league roster move, he wouldn’t be the first CPL shotstopper to move clubs in a bid for more gametime.

Prior to his return to Canada last year, Niko had been the first choice goalkeeper for three different clubs in Australia. He says that being the number two at Cavalry FC allowed him to really focus on training, and he wanted to extend a heartfelt thanks to his teammates and technical staff for what he describes as a good two years:

It gave me a chance to really work on my craft and try to fine-tune certain things that I felt like I might have been not as strong as I wanted to be. I had a great goalkeeper coach in Jordan Santiago, which helped me massively. Obviously, I had Marco Carducci as well and we worked really well together, and then learning from Tommy and Nashy [Martin Nash] as well, it really allowed me to fine-tune my craft and really become a much better goalkeeper than I was when I first got to the club.

Niko gave special credit to Santiago, who he says he spent the most training time with out of anyone at the club. He believes Santiago’s aforementioned fine-tuning allowed him to really improve the ‘little things’, and those really showed up in the ten appearances he did make for the Alberta-based club.

As he puts it, he was able to really show what he could bring to the CPL. Now, he’ll be depending on the tapes from those performances to secure his next move.

Niko’s sole appearance at The Island Games came during a 2-1 victory over the Halifax Wanderers, with the club ultimately bowing out of the group stage a few weeks later. Following his time in Charlottetown, Niko was keen to keep busy: he returned to his alma matter in Michigan, where he’s been for the last five weeks training in a full-time program.

The stateside stint has seen Giantsopoulos not only re-join his old college coach, but also do some coaching work himself. He’s been training with some of the NCAA Division 3 goalkeepers at the college and keeping fit using the college’s weight room. Given that both Calgary and Toronto (he’s from Markham) have struggled with COVID-related closures, he felt Michigan was the ideal spot for him to continue with a full-time training regimen during the offseason. As he puts it, he doesn’t plan on taking much of any time off ahead of the season’s start next year.

Of course, that line suggests that an intra-league move may be next on Niko’s agenda. While we had heard whispers that Giantsopoulos had been in talks with York9 FC, the six-foot tall goalkeeper was quick to say that his next move had yet to be finalized. Wherever he ends up going, he expects fans will hear about it by the end of the month.

While it’s more than likely Niko will continue his professional career back north of the border in Canada, he did enjoy the years he spent playing in Australia. To that end, he said that he was still open to playing opportunities on the international level, though the pandemic makes such a venture much more difficult:

I’m definitely still open, and I want to keep chasing and see how high of a level I can get to. If something presents itself overseas, I would definitely be excited to grab that opportunity. It all depends on the timing, and with COVID everything is a bit difficult right now, so it’s just being patient.

With Niko’s next move not quite set in stone yet, the 26-year-old is simply focused on training and taking the next opportunity when it comes. While some CPL athletes like Jason Beaulieu and Luca Gasparotto have opted to hang up their boots this offseason, fans will be relieved to hear that Niko will continue onwards with his playing career.

I still feel great, I still want to play, and I still enjoy playing, so I don’t plan on finishing my career.

Another thing that won’t be retiring is Niko’s video series with now-former-teammate Sergio Camargo: the YouTube channel has been good for a few laughs, with the six-foot tall goalkeeper suggesting that that duo might create a few more despite no longer living together.

From what we’ve seen from Giantsopoulos, it’s fair to say that he’d be a welcome addition at any CPL side. There are a few clubs who have kept quiet regarding a starting goalkeeper for 2021, like FC Edmonton, Valour FC, and Atletico Ottawa, while Carducci (Cavalry), Oxner (Halifax), and Ingham (York9) have all re-signed for next year.

While Henry is unlikely to leave Forge, the club is in need of a more experienced goalkeeper to provide competition for the starting spot, with a similar situation playing out at York9 FC. Out west, Pa-Modou Kah said he would like to see both Wirth and Irving return next year.

Cavalry FC is expected to provide an update on some of its departing players next week. In terms of inbound additions, the club has been linked with Joseph Di Chiara, who was released by York9 FC at his own request to pursue a playing opportunity elsewhere.

Wherever Giantsopoulos ends up, he’s certainly a Canadian Premier League athlete who has proven that he has what it takes to play in the domestic professional league, and it’ll be exciting to see where his next step ultimately takes place.