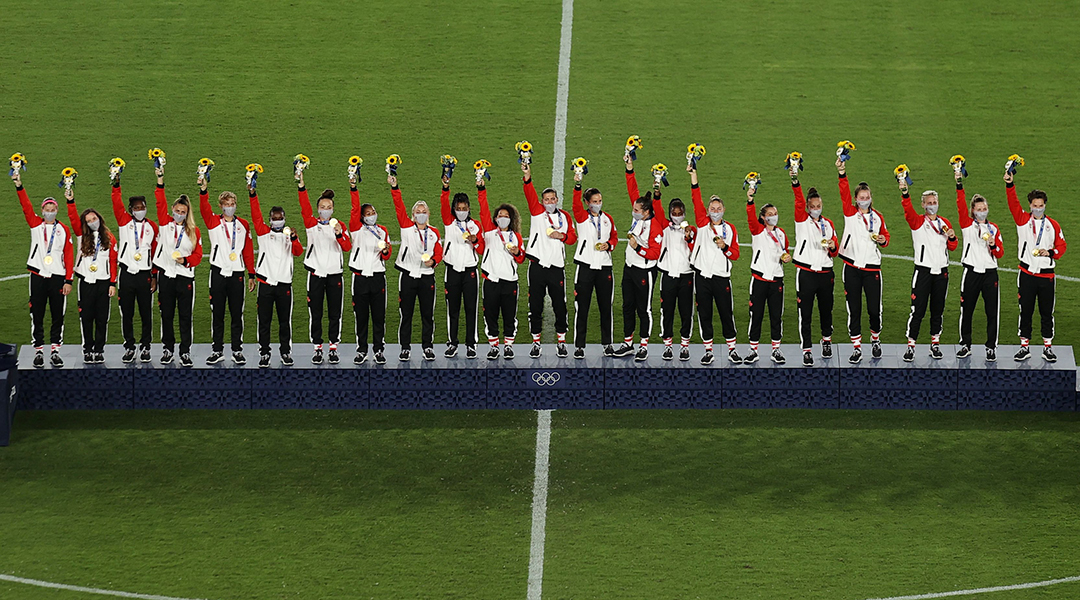 The Northern Fútbol Podcast returns after a historic victory for the Canadian women’s national team at the Tokyo Olympics!

Peter Galindo and Thomas Nef discuss what this accomplishment means for Canadian women’s soccer and whether this will lead to the formation of a professional league in Canada, NWSL expansion up north or maybe even both. They also discuss if Christine Sinclair will ride off into the sunset or stick around for the 2023 World Cup and assess the program’s outlook entering the tournament, especially after some bright individual performances from the team’s younger players.

The Canadians Abroad Mailbag is back as well after a brief hiatus during the summer. With leagues resuming overseas and players on the move, Peter and Thomas answer the listeners’ questions about some of those European-based players and analyze the progress of 16 different names, from Scott Arfield to Gloire Amanda and everyone in between. In addition, they dissect the loans and transfers (pending or otherwise) of Theo Corbeanu, Daniel Jebbison and Tajon Buchanan, who have big campaigns ahead in 2021-22.

They also recap the weekend in MLS, CPL and the news that the Canadian men’s national team will host their first three World Cup qualifiers at BMO Field.

You can stream, download and subscribe to the Northern Fútbol Podcast on Apple, Spotify and other platforms.

23:16 – How Corbeanu, Jebbison, Buchanan will fit at their new clubs

Northern Fútbol Podcast, Episode 25: Which Canadians Are Destined For A ‘Big’ Transfer?