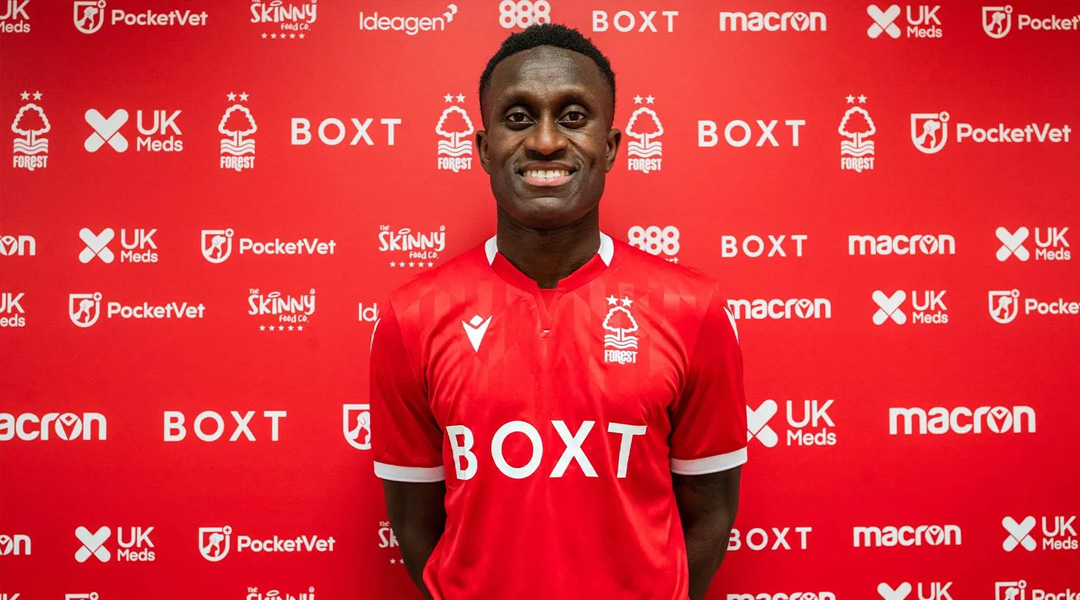 English Championship side Nottingham Forest has signed Toronto FC right-back Richie Laryea on what is suspected to be a multi-year deal.

The explosive full-back arrives to the English Championship after making himself a top name in MLS, completing a move to Europe that the Canadian international has always dreamt of. TSN had first reported of English interest in the defender back in November, with sports pundit Terry Dunfield now congratulating the side on getting a player he believes is CONCACAF’s top attacking full-back.

The transfer to Nottingham Forest came together quite quickly, with rumours pouring out just one day before the 26-year-old completed his medial and formalized the process of obtaining his work permit last week. It is reported that Toronto FC has received a figure of around one million US dollars for Laryea, along with an undisclosed sell-on percentage.

It feels amazing to be here. It’s been nothing but positivity since I stepped foot in the building and I hope to keep it that way. When you visit the stadium, you can see the history straight away. You can see that this is what English football is all about and this is what I’ve seen growing up as a kid, so it’s a great feeling to be here.

The defender now departs Toronto FC after establishing himself as a league-leading right-back, making 83 appearances across all competitions for TFC and contributing eight goals during his time in red. The 26-year-old is known for his explosive pace and fast footwork, providing solid defensive duties on one end and fearless one-on-ones in the other.

The full-back has played a big role in Canada’s recent rise up the FIFA Rankings, with Laryea featuring prominently under head coach John Herdman as Les Rouges continually edge closer to World Cup 2022 qualification. Canada sit first in the final Concacaf qualifying round, ahead of perennial favourites Mexico and USA.

Laryea has made 22 caps for the national team, where he’s featured on both sides of the flank. He made his debut against against Cuba in 2019 and scored his first international goal in a 5-1 win over Bermuda to kick off Canada’s current World Cup Qualifying campaign.

His country’s rise on the national stage is what has ultimately cleared the way for Laryea’s transfer, with the country now sitting 40th in the FIFA Men’s World Rankings. As soon as it cracked the top fifty – which it had last done in the ’90s – active national team players became eligible for additional points towards potential work permits in England.

While Laryea is a well-known talent in North American circles, he now arrives to Nottingham Forest with a lot to prove – though there is plenty of faith that the Canadian full-back can provide those receipts in spades.

There are a lot of games in the Championship and it’s a high tempo division which excites me. I’m ready to get to work and ready to play at The City Ground and see close to 30,000 fans here. I’m willing to give my all for my teammates and the club.

Laryea has always dreamt of playing in Europe, and reportedly turned down a four-year deal from Toronto FC worth $925,000 a season – a figure which would have made the Canadian international the highest-earning right-back in the US league. He had briefly been linked to Besitkas last summer after the recommendation of Atiba Hutchinson, though nothing materialized in the previous window.

His youth career saw him develop League1 Ontario side Sigma FC and the Dante Alighieri Academy, with the 26-year-old playing his college ball with the University of Akron in a midfield role. He signed a Generation Adidas contract following his sophomore season with the Akron Zips and was quickly drafted by MLS side Orlando City in 2016.

His first experiences at the professional level proved difficult, with Orlando deploying him both an attacking and defensive midfielder. With the club struggling and his playtime in Florida limited, his option was declined by Orlando two years later. Toronto FC saw potential in him, taking him in and converting him into an explosive full-back who ultimately reviving a career that had been in danger of fizzling out.

Just a little over three years later, Laryea now departs as one of the best full-backs in league history. He’ll likely get an immediate shot at making as starting spot at Nottingham Forest his own, with loanee full-back Max Lowe out injured and other fill-ins not being natural to the position.

His versatility to play on both flanks or further up the pitch will also appeal to head coach Steve Cooper, who enjoys flexibility in player signings.

He’s hungry to learn and prove himself in England and he gives us more options in wide positions which is really important. We’re delighted to be doing our business early in January as it gives us to the opportunity to get the players embedded within the training programme quickly and get used to being a Nottingham Forest player

It’s also worth noting that Nottingham Forest CEO Dane Murphy – who was formerly the technical director of DC United and Real Salt Lake – has a good eye for MLS talent, previously bringing in Daryl Dike when he was with Barnsley.

Nottingham Forest currently sit ninth in the English Championship, and are expected to have a busy January window as the club seeks to push itself upwards into a playoff position. Laryea now arrives as the third new addition in the January window.

Who Are The Canadians In The MLS SuperDraft?