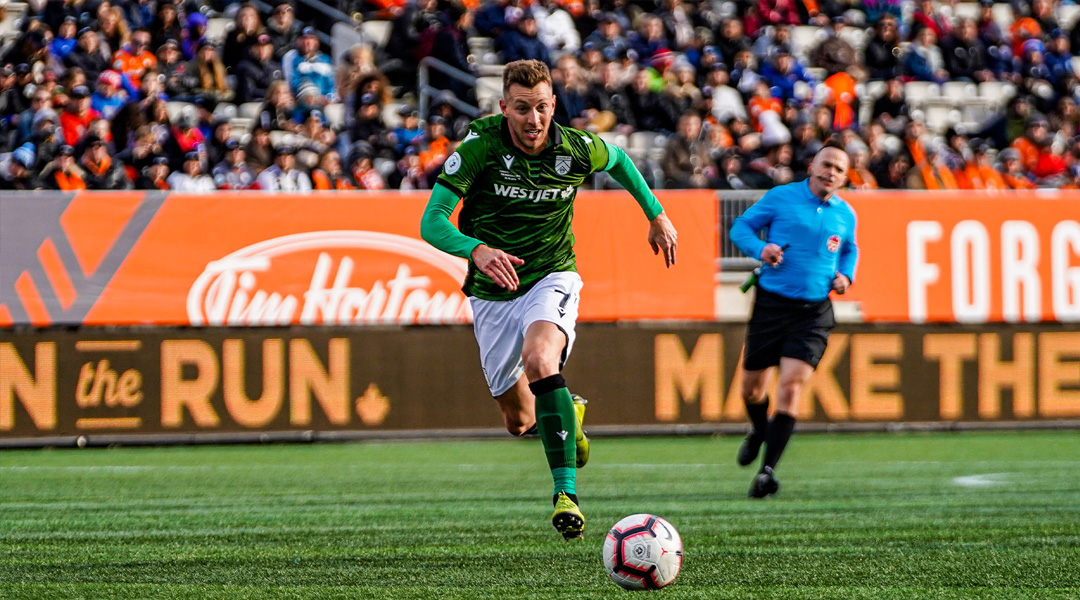 The 29-year-old leaves with 39 appearances under his belt, having contributed eight goals and two assists throughout the time.

“After three amazing years in Calgary, it’s time to say goodbye,” he stated online, “I’d like to thank the Cavalry FC owners, front office, coaching staff, medical staff, teammates, friends, and especially the fans. We’ve been through a lot together and I will take all the good memories with me forever!”

Minatel first signed with Cavalry FC in 2019, becoming the Alberta-base side’s first-ever international signing. Having experienced plenty of joy with the Ottawa Fury prior to that, he was no stranger to Canadian football and quickly acclimating himself in the team, bagging eight goals in 29 appearances throughout the inaugural season.

He had featured in every game throughout the following Island Games season until fracturing both his tibia and fibia in a match against York United, with the Brazilian undergoing his rehabilitation in Brazil before re-signing with Cavalry for a third year.

His third and final season with the club was spent largely on the sidelines due to injury aggravation, though he was able to feature in two of the side’s last three regular season matches before seeing 44 minutes of action in the club’s semi-final playoff loss to eventual champions Pacific FC.

Minatel’s career has taken him through Portugal, Canada, Australia, and the United States thus far. While it’s not known where the Brazilian forward will land next, he proved to be a talented athlete at the CPL level who saw his final campaign largely curtailed through injury.

Cavalry FC has remained quiet on its roster rebuild for the 2022 Canadian Premier League season. The club announced six player departures in late November, with Mohamed Farsi departing after failed contract negotiations between the two. While it was rumoured that Peruvian defender Erick Rossi was nearing a deal, it remains to be seen who Tommy Wheeldon Jr. will recruit and retain for 2022.