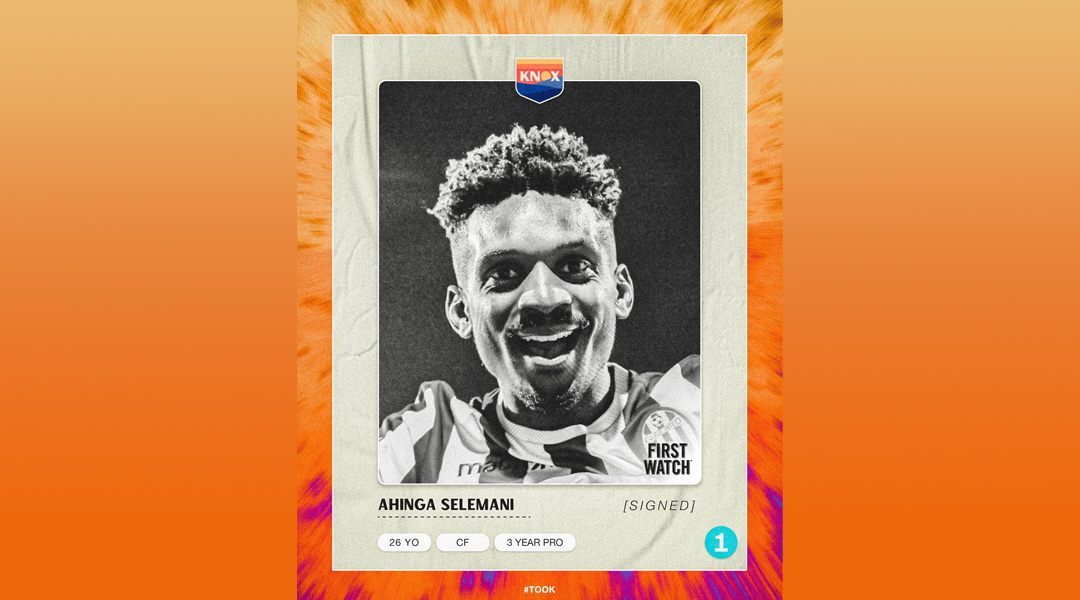 Former Cavalry forward Ahinga Selemani has signed with USL League One side One Knoxville SC.

The Tennessee-based club is set for its first season as a fully professional side after launching in USL League Two last season, reaching the quarter-final playoff stages before jumping up to USL League One for the upcoming season.

Selemani, 26, is a dual-national with American and Canadian citizenship. Following his time with Cavalry last year, the forward joined Maltese side Gudja United this January on a short-term deal and impressed enough to ink a two-year contract extension. He contributed five goals and three assists in 24 appearances for the MPL side before mutually terminating his contract to pursue this new opportunity.

“Ahinga is a player that brings versatility and athleticism. He also has a wealth of experience in a variety of leagues and he’s very keen to make a stamp in the USL1,” said One Knoxville head coach Mark McKeever. “We feel Ahinga has all the attributes as a footballer to really shine in the USL1 and I know he is extremely hungry to prove this.”

Prior to his time in Malta, Selemani had joined Cavalry FC in December 2020 following a short stint in Gibraltar, with the centre-forward making 17 league appearances in the 2021 CPL season. He contributed three goals and two assists (good for double his expected goals and expected assists) while being largely utilized as an impact sub under Tommy Wheeldon Jr:

Born in New Brunswick but raised in Michigan, Selemani had featured for the United States at the U-17, U-18, and U-20 levels, with the former NCAA athlete also featuring in the Czech Republic, Gibraltar, and New Zealand, where he featured alongside former Valour captain Dylan Sacramento at Hawke’s Bay United.

“The opportunity to be a part of something new and bringing professional soccer to a city is an exciting movement, I want to be a part of that growth,” added Selemani on his move. “I am expecting a lot of hard work and sacrifice will be shown from everyone, the staff seems eager and hungry, and I am sure the other players are too.”

The length of the 26-year-old forward’s deal with One Knoxville SC was not disclosed by the club.