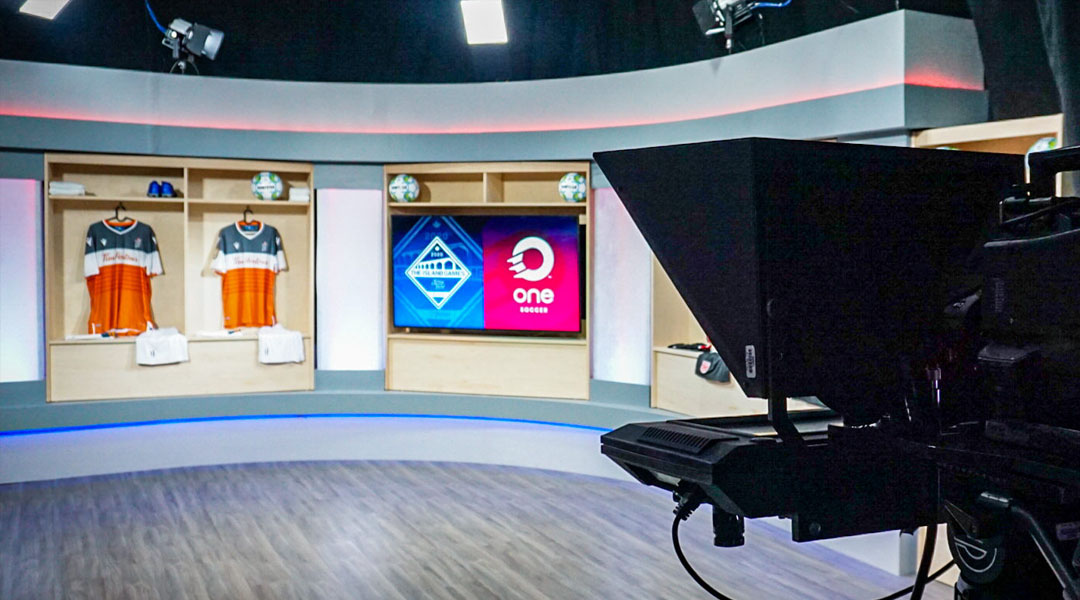 OneSoccer has announced that the likes of James Sharman, Craig Forrest, Rohan Ricketts, Brendan Dunlop, and Joshua Kloke will be joining the media streaming service in its extensive coverage for the upcoming Canadian Premier League season.

We had previously reported that James Sharman was joining streaming service, with the veteran sportscaster taking the reigns on a new football show called OneNation. There, he’ll lead a chat about football across the globe before returning focus to the Canadian Premier League alongside Craig Forrest, Rohan Ricketts, and Terry Dunfield.


In preparation for the 2020 Canadian Premier League season, OneSoccer has seen its studio rebuilt with several brand new sets, with MEDIAPRO evidently still keen to continue its investment for world’s game in Canada.

We’re pleased to add a distinguished list of on-air personalities to an already impressive group that did a tremendous job bringing Canadian fans first-class coverage of their top-tier league, domestic cup and national teams in 2019. Our mandate to continue expanding the Canadian game through our coverage is backed up by significant investment in our fresh, soccer-specific sets in time for The Island Games and Concacaf World Cup qualifying.

The service will cover every game from the 2020 Canadian Premier League season (with CBC Sports picking up at least some matches, too). Fans can expect Andi Petrillo to take over pre-game, half-time, and post-game discussions alongside returning hosts Carmelina Moscato and Terry Dunfield, with Laura Armstrong also assisting. Gareth Wheeler will return to the play-by-play seat to commentate alongside Adam Jenkins and Brendan Dunlop for the matches. Oliver Platt, of course, will be reporting from on-site in Charlottetown.

Northern Tribune has confirmed that the west coast commentary team of Peter Schaad and Clare Rustad will not be with the streaming service this season.

With OneSoccer having cameras in every team’s training camp, the service intends to show viewers a unique perspective as teams prepare and contest for the North Star Shield this season. Asa Rehman and Adam Jenkins will kick off each broadcast with a daily soccer magazine show called Inside The Bubble, which will include opinions from other hosts, fans, match highlights, and interview clips with coaches. Onesoccer’s post-game coverage will extend into a show called CPL Coast-to-Coast, with Joshua Kloke and Kurt Larson recapping the day’s action.

Of course, the cast members will mingle as the service produces OneSoccer Hangouts, which sees debate and opinions regarding all things Canadian soccer. The streaming service will also venture forth into being an online news source, too.


The 2020 Canadian Premier League season is due to kick off on August 13 with a match between Forge FC and Cavalry FC. Dubbed The Island Games, the shortened season format will see all eight CPL sides go through a seven match regular season, with the top four sides undergoing a second round robin playoff ahead of the single leg CPL Final.

The league is expected to release its season schedule today, just three full days ahead of kickoff. The league had been negotiating a broadcast deal with two other networks (we suspect CBC Sports and TSN), which may explain the significant delay of the full schedule. David Clanachan had said fans should expect a few double-headers to take place, though the league will only be using a single turf field at UPEI for the tournament.

Whatever unfolds for Canadian soccer this year, OneSoccer looks poised to offer a lot of in-depth coverage for the burgeoning domestic league. With an expanded cast that includes plenty of veteran talent familiar with Canadian soccer, there’s a lot of production value going into the service’s overage of the Canadian Premier League and the national team. At the moment, it’s not known what scope of coverage will continue for the likes of the Canadian Championship or elsewhere, though the streaming service did recently renew its Liga MX broadcast rights for a further two years.