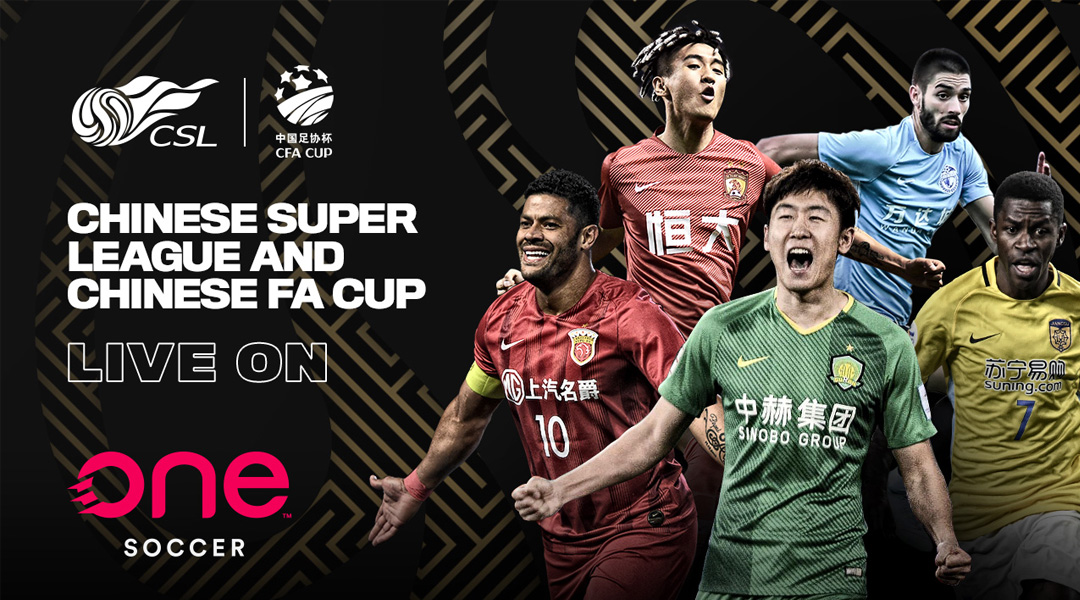 MEDIAPRO Canada has acquired rights for the Chinese Super League and the Chinese FA Cup, with OneSoccer poised to begin showing matches as soon as this week. Beyond that, the global streaming service has also announced expanded coverage of the Canadian Premier League in the form of supplementary feature footage and daily shows.

The new deal will see OneSoccer immediately begin streaming Chinese Super League matches starting with Tianjin Tianhai and Guangzhou Evergrande tomorrow morning. For each round of league action, OneSoccer will select the top two most-billed games and will stream them on the platform, along with each round of the Chinese FA Cup. It’s not known who will provide commentary for the matches, for which OneSoccer has acquired streaming rights until the end of 2020.

The news release also has a section that will greatly interest fans of the Canadian Premier League: starting in August, the global streaming service will expand its supplementary CPL content in the form of daily news programs, mid-week magazine shows, interviews, features, and more. When OneSoccer was first announced, it was revealed that plenty of player introspectives and detailed features would be produced, and it looks like the summer months will see OneSoccer introduce these videos on the platform.


CSL side Jiangsu Suning is reportedly chasing Toronto FC designated player Jozy Altidore, but there are plenty of other high-profile faces in the Chinese Super League at the moment: the likes of Paulinho, Oscar, Hulk, and Marek Hamsik all ply their trade in the Asian league.

It’s been a busy week for OneSoccer, which just added AppleTV support for viewers while confirming that Roku support would be available in the near future. As things stand, subscribers can also tune in to the streaming service via web browser, Chromecast, Android, iOS, and AirPlay.

The Asian coverage deal will add 44 games in total to OneSoccer, which states that the matches will be streamed at no extra charge to subscribers. The service also streams every Canadian Premier League and Canadian Championship match, along with home games for the men and women’s national team. Next year, OneSoccer will also begin covering League1 Ontario games, too.

The unexpected coverage of the Asian sports market is an out-of-the-blue addition, but in the end it means that more eyes will be attracted to the streaming service – and, invariably, that more eyes will see the Canadian Premier League as a result. With MEDIAPRO boasting almost two billion dollars in revenue last year, the company certainly has the capital to build up its own streaming service. It’ll be interesting to see what gets added next.