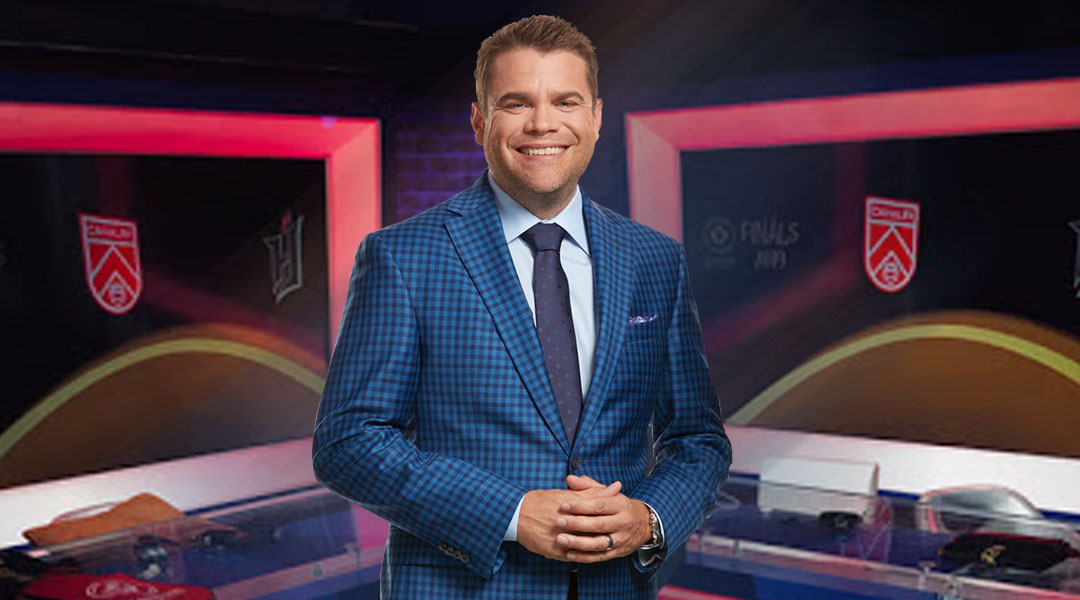 An industry insider has revealed that James Sharman is set to be announced as a full-time addition to the OneSoccer punditry crew.

The former Sportsnet host had posted a teaser image in the OneSoccer studio earlier this week, though at the time it wasn’t known if he was there for a one-time guest opportunity or, as many had hoped, a more permanent addition to the streaming service’s studio crew.


Northern Tribune has also learned that there will be more additions to the OneSoccer studio cast this year, with one source indicating that these new guests will be familiar sights for Canadian soccer fans. This may be indicative that other former Sportsnet hosts like Danny Dichio or Craig Forrest could feature, but thus far Sharman is the only new pundit to be fully confirmed.

When the 2020 Canadian Premier League season does kick off, OneSoccer will be expanding both its pre-and-post match coverage for both round robin tournament stages and the single-leg CPL Final. The Island Games will see Cavalry FC and Forge FC kick off the season on August 13, with the tournament running until mid-September.

It remains unclear how the Canadian Championship will be organized, but rumours have persisted that the the first round will see CPL sides play against eachother while still bubbled in Prince Edward Island.

During the prolonged offseason, OneSoccer’s Mississauga-based studio has quietly undergone a studio redesign that features multiple new sets, so fans who tune in to the streaming service can expect to see some fresh digs along with the fresh faces. Two weeks ago, MEDIAPRO Canada confirmed the acquisition of LIGA MX broadcast rights for the next two years as well.

Today, the streaming service also revealed an upcoming documentary series based on the league’s inaugural season:

OneSoccer also his big plans regarding its coverage for the Canadian Nation Team‘s World Cup Qualification campaign, with the pandemic having significantly altered the country’s path to the World Cup. Earlier this year, the streaming service also confirmed that it had the Canadian rights for the next two Gold Cup tournaments, too.

As things stand, the OneSoccer studio crew seems set to include Kurt Larson, Asa Rehman, Adam Jenkins, Andi Petrillo, and James Sharman, with Oliver Platt scheduled to report from the bubble tournament itself. Last year saw frequent in-studio guest appearances from the likes of Mike Leach and Jon Conway, which could be on the cards for 2020 as well.


Sharman is a veteran of the sports industry, having joined The Score in 2007 and continuing his hosting duties when the channel was later acquired by Sportsnet. The well-liked pundit is a regular co-host on the podcast Footy Prime, and jumped into entrepreneurship with the recent startup of a pie business. While Sharman has also done play-by-play and radio commentary in the past, it’s not clear if he’ll take on any duties outside of OneSoccer studio shows.

With the Canadian Premier League set to kick off next Thursday, fans can expect a flurry of announcements to pour forth this week. Atletico Ottawa, Cavalry FC, Valour FC, and York9 FC are all expected to make at least one more roster adjustment prior to departing for Prince Edward Island via chartered flights this weekend.