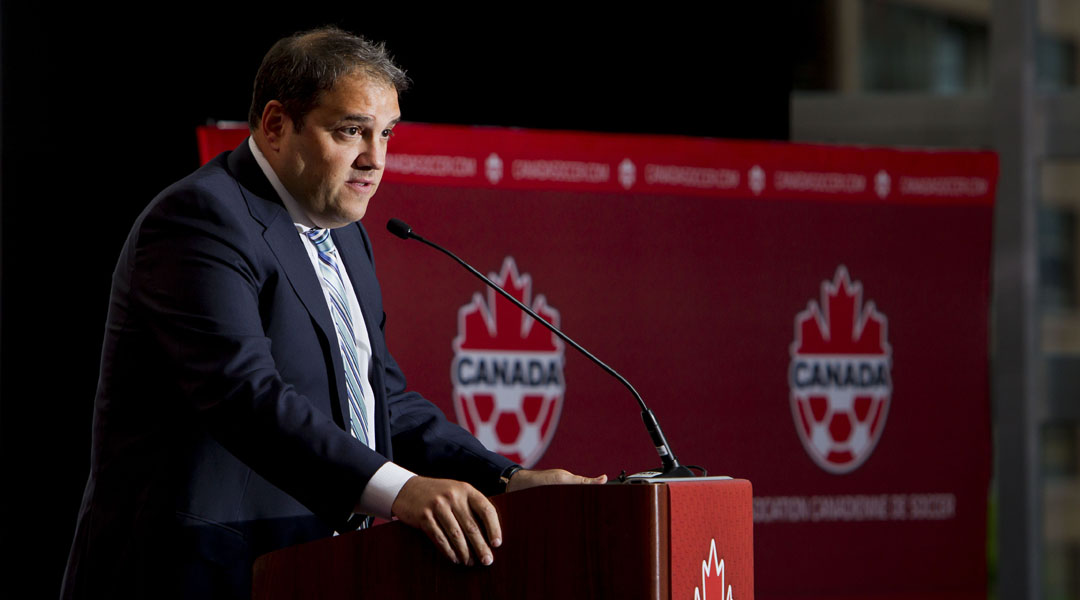 Concacaf President Victor Montagliani has fired shots at traditional sports networks across Canada for a lack of coverage and investment regarding the world’s game.

Speaking with Andi Petrillo, Montagliani – who was the President of the Canada Soccer Association before becoming the President of Concacaf – didn’t mince his words in an interview snippet posted by OneSoccer this afternoon:

Montagliani gives credit to the CSA and its partners, who he states put together the building blocks for investors to come to despite the fact that traditional media has lacked in-depth coverage for both the men’s and women’s side of the domestic game, particularly at the national team level.

While fans who want to see the full interview will need to wait until it airs at 7:00PM EST, it’s clear that the former CSA President wasn’t afraid to take some big shots at traditional media during the interview.

Montagliani also pointed out that it took a foreign country like MEDIAPRO to kickstart the serious broadcast investment that has allowed for broadcasts of the both the men’s and women’s national teams, the Canadian Premier League, Canadian Championship, Concacaf League, and a variety of other footballing leagues and tournaments to reach fans from coast-to-coast.

Those who have grown up watching and reading the likes of John Molinaro, Kristian Jack, and James Sharman have seen the influential figures depart from traditional media jobs in recent times, with Canadian broadcasters shying away in totality from investing in broadcast rights for Canadian football.

As Montagliani quipped, at one point Canada Soccer had to pay just to have a men’s national team game on television.

OneSoccer took some steps to bridge this gap in November 2019, brokering a deal to have a national team match air free for Bell, Telus, and and Rogers subscribers, but that has been the end of the road thus far for cable-based national team matches beyond The Olympics.

With the women’s national team winning Olympic Gold and the men’s national team now into the final group of World Cup Qualifiers, both national teams appear full-throttle in terms of momentum. It’ll be interesting to see if Montagliani’s comments spur any action from the traditional media he speaks of.

Petrillo’s interview with Montagliani will likely probe a bit more in-depth than the teasing snippet provided above, with the full segment set to come on tonight’s OneSoccer Today segment at 7:00PM EST.