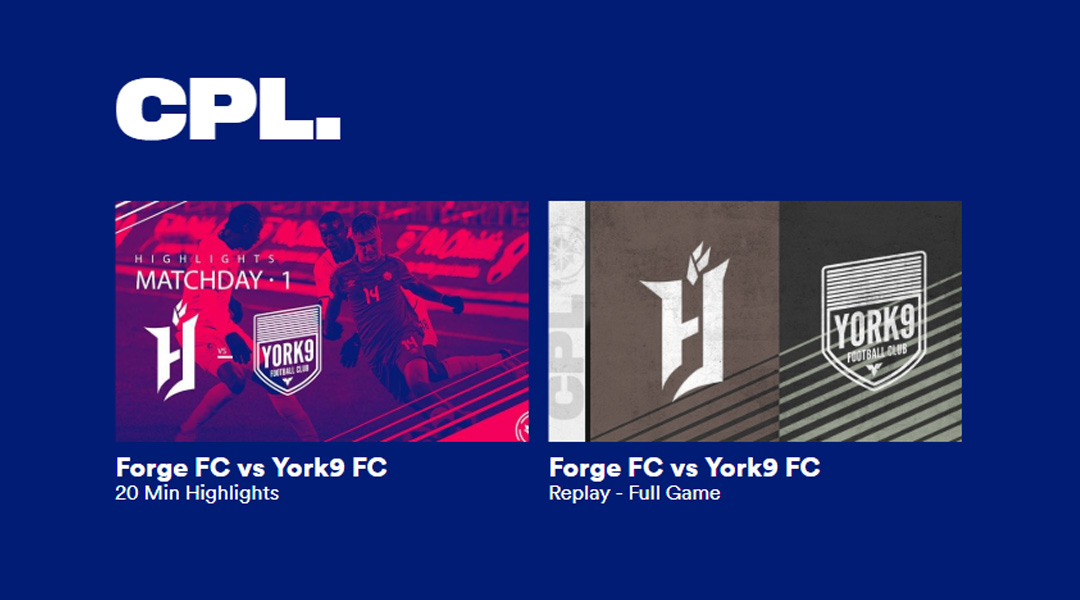 With a crowd of 17,611 people raring to watch Canadian sports history unfold at Tim Hortons Field, yesterday’s inaugural Canadian Premier League game delivered on its high expectations. With plenty of near-misses, two goals, a red card, a bicycle kick, and a crossbar being hit, OneSoccer will have felt it had ample exciting moments of video footage to work with.

The global streaming provider ran a pre-match segment, half-time show, and post-match analysis between its 90 minutes of in-game coverage. The match then played a few times on the streaming service’s 24-hour live channel, but the promised video-on-demand service had yet to start.

Today, OneSoccer has now delivered on that promise: The Forge FC vs York9 FC game has been added as a video-on-demand for subscribers, with a comprehensive 20-minute highlights package also available (though it comes without commentary from Terry Dunfield and Gareth Wheeler).

The video-on-demand service may have been a bit slow on the first take, but given that MEDIAPRO has to cover a new league in a new country – and just acquired another media company to help with this a few days ago – the minor wait is just part of the growing pains. Going forward, fans should expect OneSoccer to deliver matches to its VOD service at a much faster rate.

OneSoccer offers three tiers of pricing for subscribers: a $5.99 24-hour pass, a monthly subscription for $9.99 (with a free month’s trial), and an annual subscription for $74.99 (which comes to $6.25 per month). Season ticket holders also got a voucher code for a discounted League Pass that tallies in at $49.99 for the year. Here’s how to watch OneSoccer streams.

20 Canadian Premier League games will also be covered by CBC Sports, with 10 of them being broadcast live on television and another 10 appearing on CBC’s streaming services. All 98 Canadian Premier League games will stream on OneSoccer, with the service also covering all Canadian Championship games along with home games of the Canadian men and women’s national teams. In 2020, League1 Ontario matches will also be included in the service.