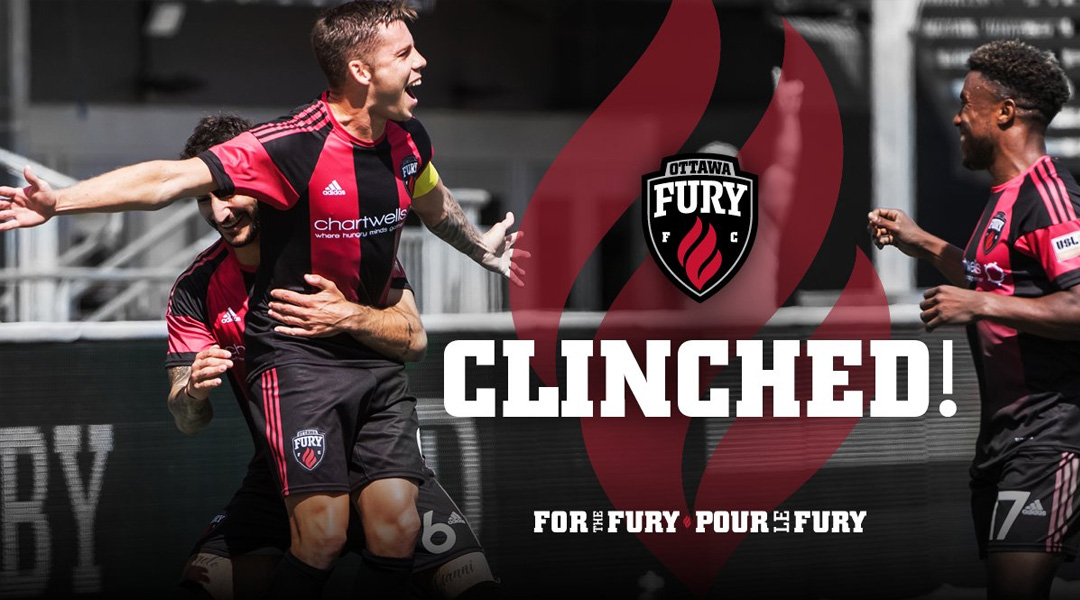 For the first time in its USL history, Ottawa Fury has qualified for playoffs.

Prior to last night, eighth-placed Ottawa Fury had three games left in the regular season to lock in the postseason spot, and knew that yesterday’s match against 17th-placed Swope Park Rangers was a good opportunity to secure the club’s postseason plans right then and there.

The Fury took one a big step towards the playoffs when Kansas defender Rennico Clarke committed a foul in the box, resulting in a second yellow for the player and gifting the Fury a golden opportunity to take the lead. Ottawa’s Wal Fall took the shot, lifting the Fury to a 1-0 advantage with his tenth goal of the season.


Swope Park Rangers rallied in the second half, however, and the playoff celebrations looked to be delayed when the young home side clawed a late goal back through Jose Leite. The draw wasn’t to be, however, with Kevin Oliveira scoring the matchwinner for Ottawa Fury in the 89th minute, sending the USL’s only Canadian team to the playoffs.

Overall it was a really good game. We were focus from the very first moment of the game and had maybe just one moment where we lost concentration and it resulted in their goal.
Once again the team has shown a very good culture in terms of belief and showed the core values of that culture by fighting until the end.

Ottawa Fury will close out the rest of the regular season against Bethlehem Steel and Charlotte Independence, both of which lie eight and six spots below Ottawa Fury in the league table respectively. The Ottawa Fury’s opponents in the playoffs have yet to be determined.


With the Fury not seeing postseason action since the club’s NASL days in 2015, it’s bound to an exciting fall postseason campaign for Ottawa Fury fans. After CONCACAF temporarily unsanctioned the club in an effort to push it towards the Canadian Premier League, however, there’s no telling what 2020 (or beyond) has in store for capital city club.