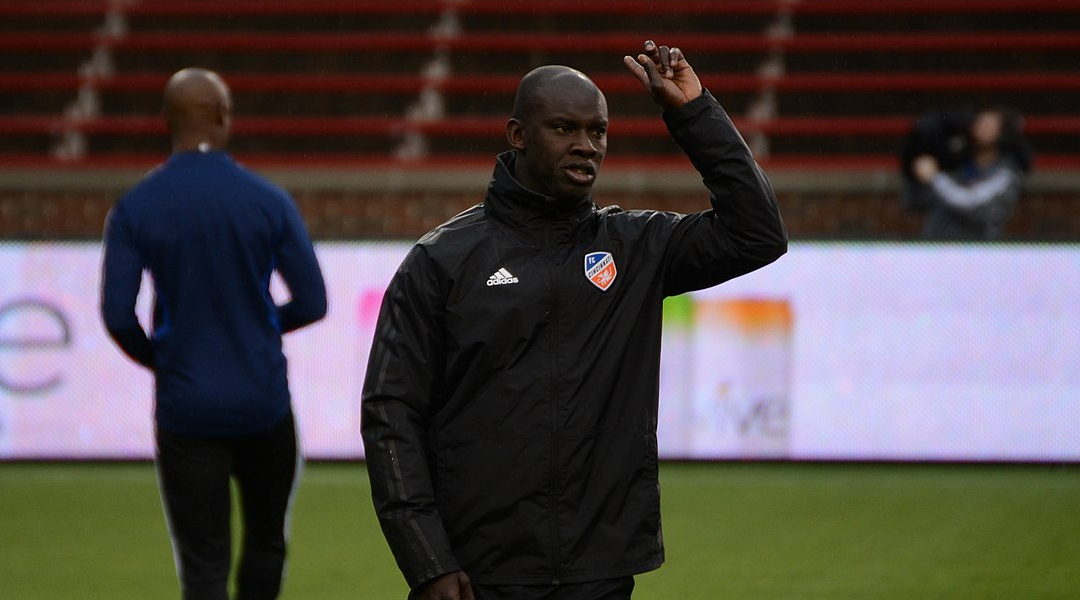 Former Vancouver Whitecaps player and FC Cincinnati assistant coach Pa-Modou Kah has thrown his hat into the ring for the open head coach role with Norwegian side Valerenga.

The 39-year-old had recently been linked with Pacific FC, with the club having hoped to announce a new gaffer before the Christmas break. Having also teased two new signings near the end of the inaugural season, however, things haven’t always gone to plan for the west coast club.

While Scott Sutter was also linked to the open managerial role, he told Northern Tribune that he had not had any contact with Pacific FC at all, and had simply been following the team due to his close relationship with former Pacific FC head coach Michael Silberbauer.


Interim head coach James Merriman took over for the last game of the inaugural Canadian Premier League season, and has been filling in for Silberbauer ever since. He is expected to return to his assistant coach role once the club comes to terms with a more permanent replacement.

Kah revealed his Valerenga ambitions through Norwegian outlet VG, where he confirmed that he’s completing his UEFA Pro licensing through the Welsh Football federation. While he says he isn’t explicitly saying Valerenga ought to sit down with him, he would be open to the two sides discussing their respective philosophies and ambitions.

Kah started his professional career with the Eliteserien club, spending five years with Valerenga and making 94 league appearances for the side before his career would take him to the likes of Sweden, the Netherlands, Saudi Arabia, the US, and Canada. From his interview with VG, the former Norwegian international is evidently still quite keen on the Oslo-based club:

It’s a club I love, it’s my club, and where I got the chance to become a football player. I grew up in Oslo, have played in Valerenga, know the culture, and know the fans.

The 39-year-old also revealed more about his own playing philosophies that he would like to implement wherever he goes: he’s a fan of the attacking 4-3-3 system seen from the likes of Nils Arne Eggen and the Netherlands, though he’s open to adapting to what his next club will want.

The fact that Kah is so open about his availability with Valerenga suggests that his link with Pacific FC may not be as strong as previously thought. Pacific FC goalkeeper coach Marius Rovde – who worked with Kah at the Vancouver Whitecaps – also took to Twitter to offer his support for Pa-Modou’s candidacy with Valerenga.


For its part, Pacific FC has teased that a new announcement would be coming later on this week, including hashtags that suggest it would either be a player signing or a new head coach. The ‘Okay. You guys win’ opening line implies that the club has re-signed Ben Fisk, for whom a #SignFisk hashtag has grown on Twitter of late.

Then again, Marco Bustos liked the tweet, which ought to bring speculation that the CPL standout may be on his way or the west coast – especially after Pacific FC CEO Rob Friend teased that the club had made a young signing with potential future captain material.

Whatever happens, Pacific FC will surely want to sign on a new gaffer in quick fashion as the club heads towards the beginning of preseason. While the league brought all of the inaugural clubs to an overseas training camp in Punta Cana last year, it is expected that clubs will be hosting their own individual preseason camps for 2020 – and that means that some may start sooner than others.

Whatever happens, Pa-Modou Kah remains a coach without a club for the moment, and there’s no telling where he could ultimately land. While his comments about Valerenga don’t rule out a move to Pacific FC, they imply any potential negotiations aren’t wrapped up as of yet – though his links with British Columbia and his existing knowledge of several current PFC players would certainly lend well to a Pacific FC gig if he should sign on with the club.