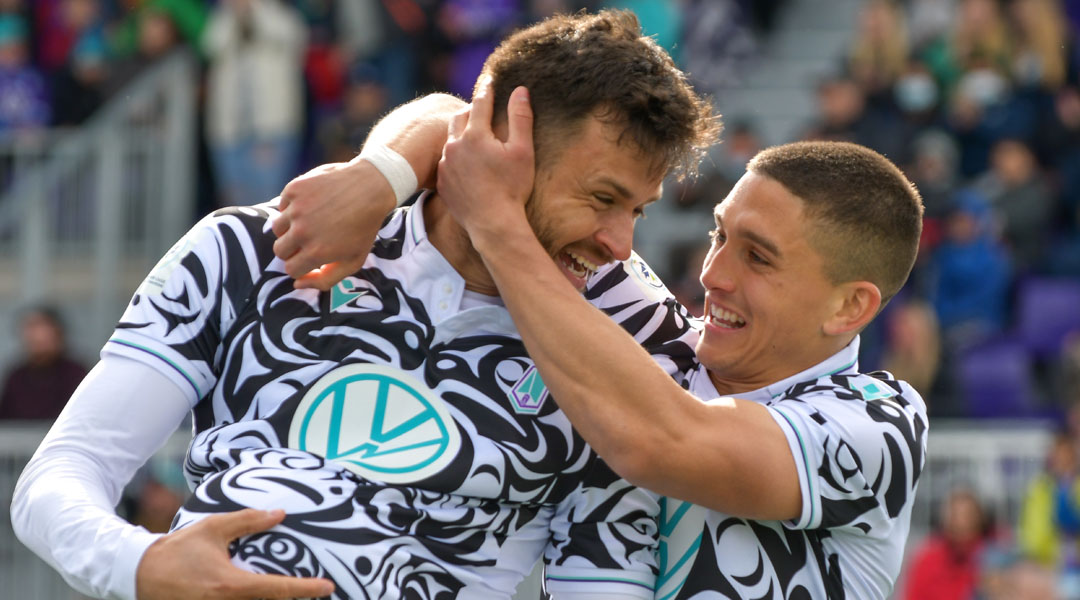 BREAKING: The transfer is now official.

The Canadian Premier League’s golden boot leader might be moving elsewhere, if Claro Sports correspondent Daniel Villasenor is to believed.

The sports reporter tweeted last night that Pacific FC Alejandor Diaz is closing in on a move to Norwegian second division side Sogndal IL after turning heads with his prolific goalscoring form out on the west coast.

The Mexican striker has bagged an astounding 31 goals and nine assists in 62 appearances for Pacific FC, where he currently lead’s this year’s golden boot race with 13 goal contributions in 18 league appearances – six of which came in his last three matches.

He also made history as the first CPL player to bag a hat trick in continental action just last week.

The 26-year-old re-signed with the reigning league champions on a multi-year deal just eight months ago, which means that Pacific FC will net a transfer fee should the former Liga MX striker test himself in European action.

He had been expected to depart after missing last year’s title-winning final, but certainly made good on his return this year – which is exactly what one would hope for after he had made 56 appearances in Mexico for the likes of Club America, Necaxa, Atlas, and Zacatepec.

Given that Villasenor stated that the deal is not yet finalized, nothing appears concrete as of yet – but it’s clear that he’d be a big miss for the Tridents should he depart.

It’s worth noting that his potential Norwegian destination is already teasing a new signing.

Pacific will be no stranger to filling in big shoes, however, with the club doing well to replace Lukas MacNaughton with Amer Didic after the former’s sale to MLS side Toronto FC.