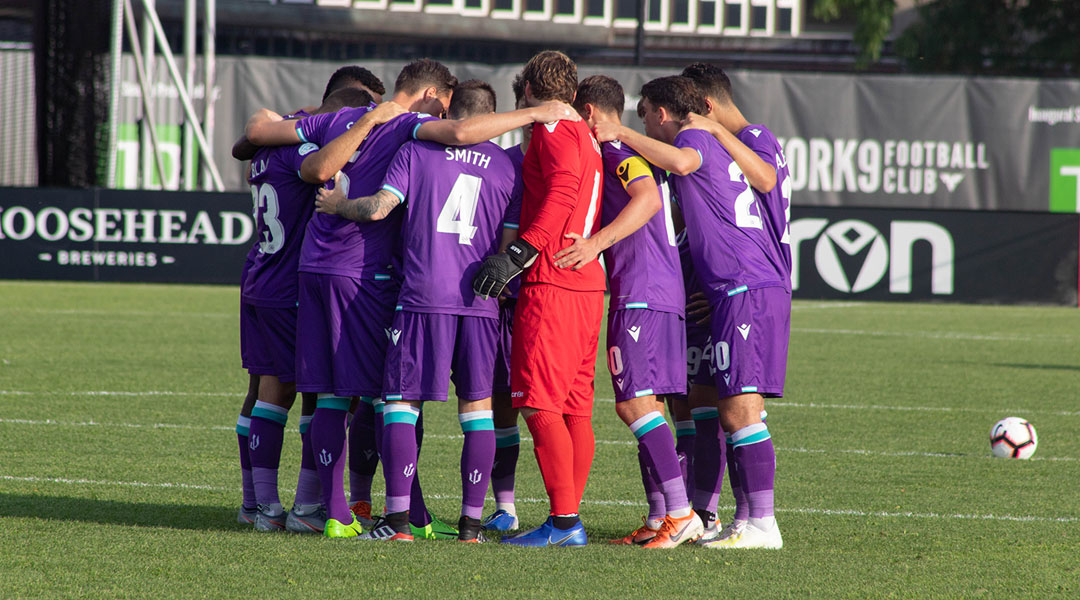 When Pacific FC found itself struggling to put together results as the inaugural Canadian Premier League season came to a close, the club’s ownership group made the decision to fire head coach Michael Silberbauer just before the club’s last game of the season. It remains the only head coach firing the young league has seen.

The Danish coach’s reign at Pacific FC ended with seven wins, seven draws, and thirteen losses. Assistant coach James Merriman has since stepped up on an interim basis, helping the club to a 2-0 season closing win against Valour FC and leading their offseason training sessions while the ownership group sought out more permanent leadership.

While speaking on The Young Gaffers Podcast, Pacific FC CEO Rob Friend has now provided an update on the club’s head coach hunt, indicating that the interview process has now been completed and that the club hoped to have its new head coach put pen to paper before Christmas.

The 38-year-old former Canadian international also discussed what the club was looking for in its new hire: with the club intent on forging ahead with a philosophy built around playing its youngsters (many of whom have now re-signed for another season), the new gaffer will need to have no problem playing the kids:

We have requirements, what we’re looking for, the type of experience, but more importantly the type of character and personality these coaches bring. Understanding what this club’s about: not afraid to play young players, really looking to develop young players, passion about that is extremely important, not just hiring a coach that really wants to have wins on their resume. That’s not easy, as obviously a lot of head coaches, they want to need to win, not saying we don’t want to do that – we absolutely want to do that – but it’s a bigger, more complex process at this club. Understanding what the club philosophy is, but also understanding getting the best out of young players, which I don’t think we did a great job of last year.

When the inaugural season kicked off, former PFC head coach Michael Silberbauer was the only one of the seven CPL gaffers who lacked experience in the Canadian game. With the rest of the managers having coached in the country at various levels, they had an intimate understanding of the Canadian sporting culture. Silberbauer came in from an assistant coaching role with Swiss club FC Luzern, and while he was well-liked at Pacific FC, it appears his lack of understanding for the North American game contributed to his firing.

Beyond that, Friend states that Pacific FC sought out a stronger personality in the in the community and the locker room. With the club already having completed its interviews and narrowed down candidates, he says that they’re close to getting over the line with the hiring process.

Friend didn’t offer any names for the potential Christmas-time hire, but based on what he disclosed in the interview it’s likely that the Canadian Premier League side will be hiring a head coach who is either Canadian or has experience coaching in North America.

When the calendar turns over into a new year, the club’s new gaffer won’t be the only announcement, either: Friend revealed that the club had recently signed a youngster with loads of experience who was labelled as potential captain material for the future.

The club has currently re-signed seven players from its inaugural roster, most recently bringing back veteran international Marcel de Jong. As part of the restructuring, seven players have been released so far, with Friend having indicated that potentially up to half of the roster could see turnover throughout this offseason’s massive squad shake-up.

Whatever unfolds in 2020, it’s clear that the new gaffer will need to play the kids while delivering improvements on the club’s fifth and fourth place finish in the spring and fall seasons. To that end, Friend also says the club is looking to bring in 2-3 more experienced players to help its newer professionals develop.