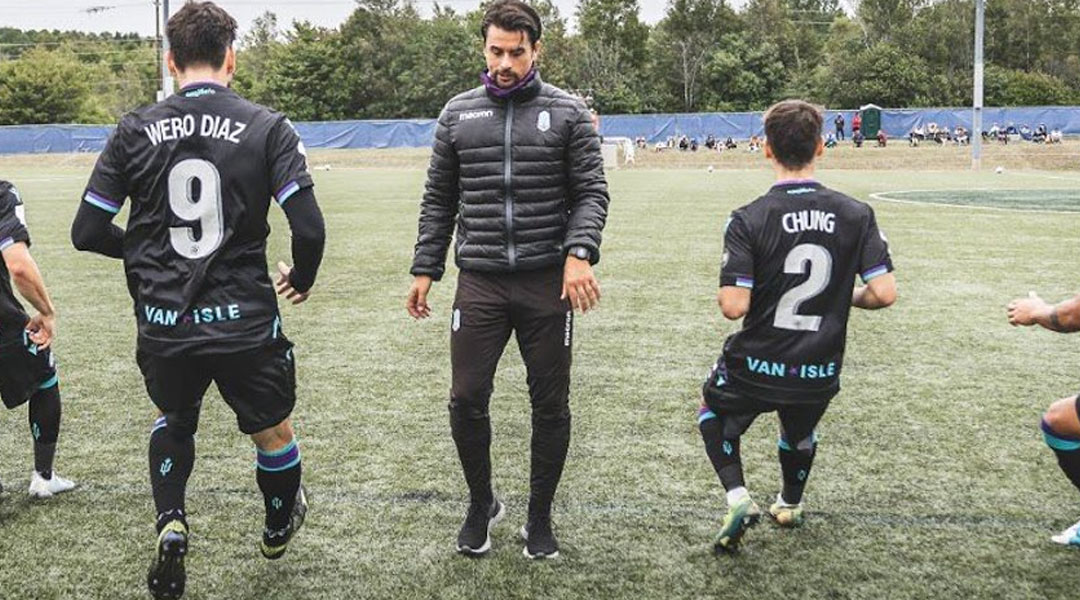 Following his side’s first-ever post-season appearances in Charlottetown this year, Pacific FC head coach Pa-Modou Kah had stressed that continuity will be key when discussing continued success with the club.

All of these players are important building blocks for Pacific as we continue to grow and build a team that will fight for a championship. We have loved working with each of them as people and players.

Former Liga MX striker Alejandro Diaz was initially scouted by 21st Club, with Kah describing him as an obvious choice to sign after discussions with Rob Friend. The 24-year-old contributed three goals and two assists across ten appearances for the west coast side, linking up well with the likes of Jamar Dixon and Marco Bustos.

It’s also no surprise to see Kadin Chung re-sign with the club, with the 22-year-old right-back being touted as a national team prospect. Kah believes he was the best right-back of the entire tournament, with the young inaugural roster recruit appearing in all but one of the club’s Island Games matches. Counting the last two seasons, the former Whitecaps Academy prospect has appeared for the Tridents 34 times so far.

Kah further solidified the defensive line by procuring the return of centre-backs Lukas MacNaughton and Thomas Meilleur-Giguere, the latter of whom was the club’s only iron man of the Island Games campaign (and the only regular starter to not concede a penalty).

MacNaughton joins the side for a third year, with the 25-year-old having now accumulated thirty appearances in all for the Tridents after joining the club from League1 Ontario side Alliance United.

Lukas and TMG are a strong partnership which will continue to grow and get better. They are always looking for ways to improve their game.

While whether the club retains star player Marco Bustos relies on if he receives any offers from a higher league, the club hasn’t wasted time in solidifying its midfield with new talent: the club brought in former York9 FC captain Manny Aparicio last week, and he’d offer solid competition to any midfield in the league.

Lost in the shuffle is Zach Verhoven, who requested to depart the club to pursue a playing opportunity elsewhere after two seasons with the club.

Kah made mention that he’d like to see goalkeepers Nolan Wirth and Callum Irving return as well, so it wouldn’t be surprising to see them announced in the near future. Fans will be hoping to count Dixon amongst the returning names, too.

Pacific FC did not disclose the lengths or financial details of today’s re-signed players.