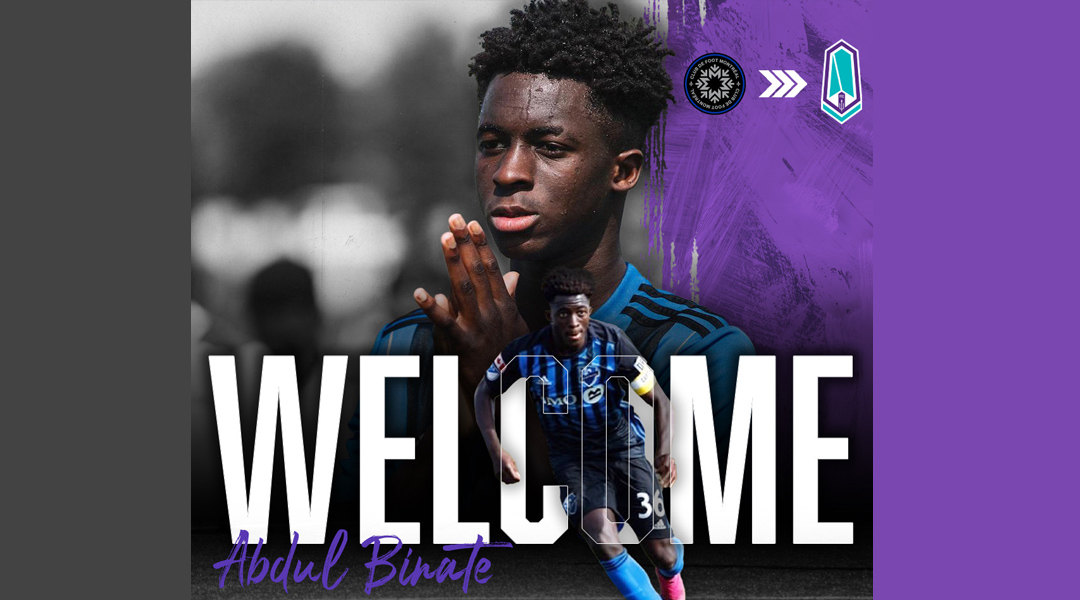 The 19-year-old attacker is described as a youngster with an eye for goal and a strong dribbling ability, meaning the fast-footed attacker will be expected to take on his fair share of one-on-ones when he gets the opportunity to at Starlight Stadium.

Capable of playing as both a winger and a striker, Binate brings a good level of versatility to a club characterized by its fast, counter-attacking prowess.

The highly-touted youngster had scored his fair share of goals as he progressed through the ranks with the CF Montreal Academy, most recently finishing his time in Quebec with the MLS side’s U-23 team.

“Binate is very physically powerful for his age and keen to further develop as a player,” said new head coach James Merriman. “he’s a young dynamic forward with good potential and a great attitude and he’s hungry to learn and challenge himself in our environment.”

Binate’s opportunities for gametime received a boost ahead of the 2022 CPL season following the departure of Terran Campbell, though Liga MX veteran Alejandro Diaz will be returning up top.

The teenage talent becomes the second new arrival announced by Pacific FC, with top CPL defender Amer Didic having been revealed last week. Preseason camp announcements for the side are expected to come shortly – especially given that Valour already announced they were headed to Victoria next month.

CF Montreal has produced plenty of academy talent who have done well at the CPL level, with the likes of Woobens Pacius and Cedric Toussaint establishing themselves as quality options within the domestic league.

With Pacific FC known for developing young talent, it’ll be interesting to see how Binate does.

The length or financial terms of the young forward’s contract were not disclosed by Pacific FC.