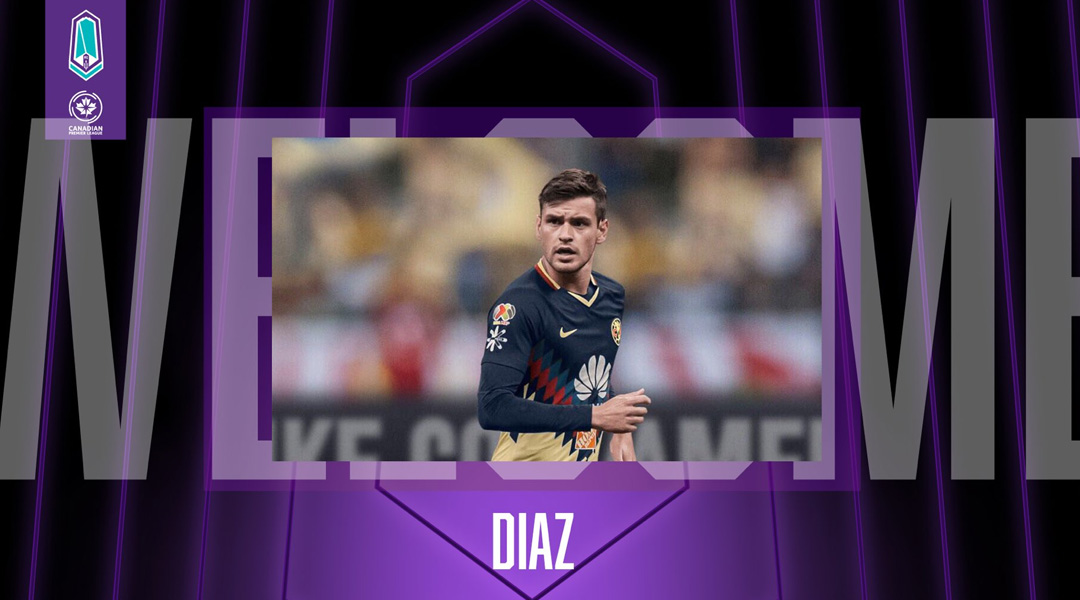 The new west coast signing brings in plenty of Liga MX experience, having risen through the youth ranks at Club America. He signed a multi-year contract with the Liga MX giants in 2014, slowly fighting his way onto the bench and becoming a fairly regular late-game substitute for Las Aguilas, even appearing against Toronto FC in the CONCACAF Champions League.


Subsequent loan moves to Liga MX sides Necaxa and Atlas proved difficult for Diaz. Prior to being signed by Pacific FC, he was most recently loaned out to CA Zacatepec, who are currently middle of the pack in Mexico’s second division. In short, he’s a player with clear talent who appears to be in need of a fresh start, and that’s exactly what Pacific FC are prepared to give him.

Alejandro is a player who is coming from arguably one of the biggest clubs in the Americas. We are very fortunate to have secured such a profile of this young, dynamic and motivated player and we cannot wait to see what he can do for Pacific FC.

With Diaz now making the jump overseas to the Canadian Premier League courtesy of Pacific FC, the club offers him a new opportunity to set a promising career back on track. With a Liga MX Apertura medal from 2014 and two CONCACAF Champions League wins to his name, the player comes in as a proven winner with plenty of high-level experience that ought to rub off on the club’s many youngsters.

Alejandro is an ambitious and talented player with experience one from Club America. It says a lot about him to choose to play for the Pacific family and I am looking forward to working with him.

His arrival to Pacific FC marks his first playing opportunity overseas, with the 24-year-old having arrived to British Columbia just yesterday.

The addition of Diaz will provide healthy competition for young standout Terran Campbell, who became the first Canadian Premier League player to see his scoring figures break into the double digits as he became a surprise frontrunner for the golden boot last season.


All-in-all, the 24-year-old forward appears to be a signing with a high upside: after making more than fifty appearances in Mexico’s top flight, he’s looking to help re-ignite his career after being sent down a division on loan.

The financial compensation for Alejandro Diaz was not disclosed by Pacific FC.