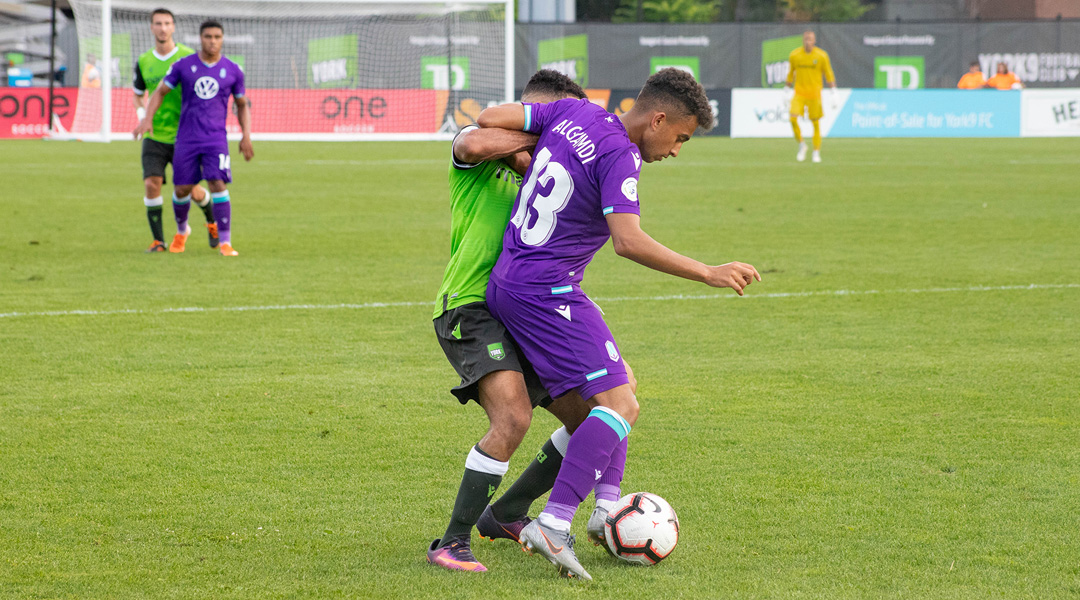 18-year-old Pacific FC youngster Ahmed Alghamdi has been granted leave by the club to pursue playing opportunities in Saudi Arabia.

As one of the youngest players on the league’s youngest-skewing team, Alghamdi was not part of the batch of youngsters who had re-signed for the 2020 Canadian Premier League season.

In 2019, the recent highschool graduate signed his first professional contract with Pacific FC, going on to make nine appearances for the Tridents across all competitions. A beautiful curled effort against Cavalry FC on Canada Day made him the league’s second-youngest goalscorer behind Tyler Attardo, with that being his only goal from the campaign.


The youngster’s performances in the Canadian Premier League brought him onto the radar of the Saudi-Arabia U-20 team, for whom he received a call-up in July, playing in two friendlies against Bahrain and Tajikistan. Though he grew up in Vancouver, it appears the time is right for the Jeddah-born midfielder to return to his home country. With his first professional season limited to under 400 minutes of action, it’s a move that may grant him more playing time to continue his development.

It isn’t clear where the youngster will land in Saudi Arabia, but it looks like he has a playing opportunity lined up already. If the move is being made in a bid to potentially get more national team recognition from Saudi Arabia, it could end up being a situation similar to what Jose Escalante is going through right now.

In any event, Alghamdi’s move comes with the full support of the Pacific FC staff:

We support the development and growth of all our young players and we know Ahmed has a very bright future ahead of him. We wish him the best in Saudi Arabia in the coming season.

Pacific FC has had a busy offseason of late, bringing in two former Ottawa Fury men in Jamar Dixon and Thomas Meilleur-Giguere. The club has also retained several of its other youngsters, along with more well-seasoned veterans like explosive midfielder Victor Blasco and longstanding Canadian international Marcel de Jong, who missed most of the inaugural season through injury.

The club has recently been linked with Valour FC midfielder Marco Bustos, who is rumoured to be leaving Winnipeg for either Pacific FC or Forge FC. Should Bustos arrive on the west coast, he’d be a great midfield addition for new club gaffer Pa-Modou Kah, who was announced just last week.