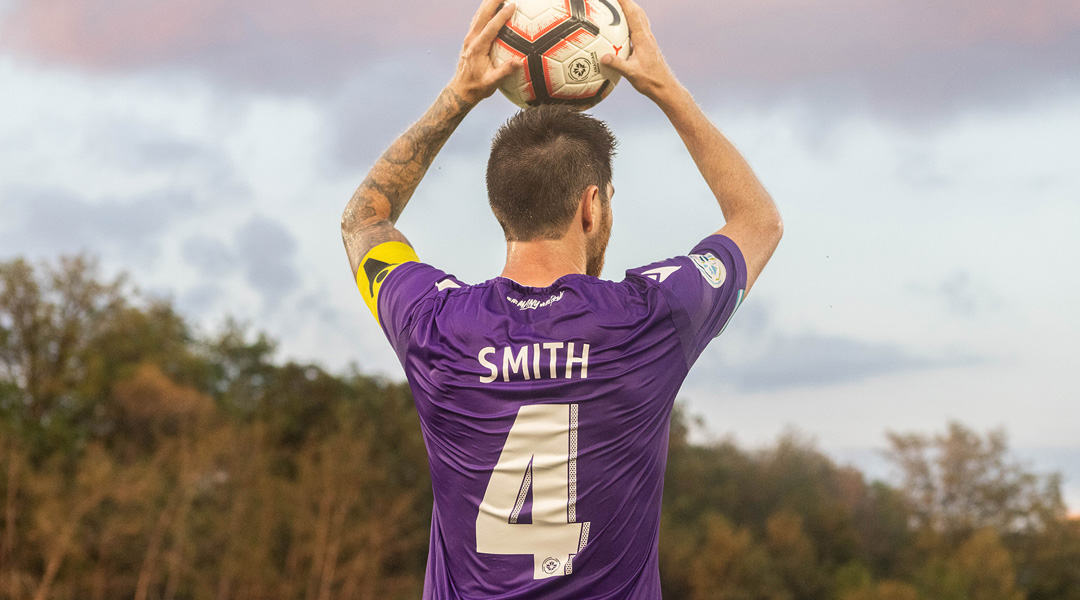 Former Pacific FC left-back Blake Smith has opted to retire from the professional game at the age of 29.

Smith came to Pacific FC last year as an emergency left-back loan following Marcel de Jong’s Achilles tendon injury, signing for the side just twenty days before its inaugural match. The Texas-born defender came in on loan from FC Cincinnati and slotted in well with the west coast side’s lineup, appearing for the Tridents 26 times and providing five assists before his loan finished at the end of the inaugural season.

He then returned to the United States, signing for San Antonio FC and regularly starting for the side in a more attacking role. His last professional appearance came on October 10, when his side were defeated 1-0 by New Mexico United after 120 minutes of playoff action.

It is an incredibly difficult decision, but it is time for me to take on a new challenge. I always told myself that I wanted to walk away from the game on my own terms, and that is exactly what I’m doing. I gave everything that I could give to soccer, and soccer gave me everything that it could offer. I am proud of the way that I played and grateful for every opportunity that I was given to step on the field and compete.

The Texas-born defender actually got his professional start in Canada when he was drafted eighth overall for by Montreal Impact in 2013. He made 25 appearances for the MLS side over the next two years before returning stateside to play for the likes of Indy Eleven and Miami FC, separated by a year in between with Swiss side Yverdon Sport FC. After that, he featured regularly for FC Cincinnati in their last year as a USL side, but found himself surplus to requirements at the MLS level.

Despite not being with Pacific FC this season, Smith is still tied with Victor Blasco as the side’s all-time assist leader. Given that Blasco publicly welcomed new Tridents signing Manny Aparicio yesterday, however, it’s likely that the Spanish forward will be around next year to surpass the number.

In his farewell post, Smith thanked all seven professional sides that had given him an opportunity to play. Like recently-retired York9 FC defender Luca Gasparotto, he was thankful that he got to fulfill a childhood dream and play football at the professional level:

I am truly blessed to have been able to make a profession out of a sport that I grew up loving to play! As a kid, all I ever dreamed of being was a professional soccer player. I lived my dream! These past eight years have been filled with some incredible memories. Obviously winning trophies is amazing, but others will agree that the best part of it all are the friendships that you make along the way. Soccer gave me an education, a career, and it brought me to meet the love of my life – my wife!

He becomes the third player with CPL experience to retire in the last week, with former Halifax Wanderers and Montreal Impact goalkeeper Jason Beaulieu also hanging up his gloves to pursue an engineering degree, and the aforementioned Luca Gasparotto pursuing a new career as an arborist to secure his financial future.

We wish Blake Smith all the best as he takes his first steps beyond his playing career.